The American Right is turning against democracy, or so we are constantly told. Voter suppression, gerrymandering, the “coup attempt” of January 6 — the list goes on. Kamala Harris warns of the greatest national security threat facing the nation. Worst of all, though, this comes not from the disinformed hordes of the heartland but their would-be leaders: young conservative elites, radicalised against the “regime”, who stand ready to serve as the vanguard of an “illiberal populist revolt”.

That, at least, is the impression given by discussion about the New Right, kicked up by two recent pieces in left-of-centre magazines. The first, a dispatch from last November’s National Conservatism conference by David Brooks, paints a dark portrait of a radicalised and paranoid young conservative movement dominated by the “psychology of threat and menace”. The second, by Sam Adler-Bell in The New Republic, is a mostly sympathetic, if somewhat bemused, profile of some of the Gen Z conservative intellectuals who see themselves as “counterrevolutionists”.

How seriously should we be taking this “threat”? Given that the New Right consists of  people who read anti-democratic writers such as Bronze Age Pervert and Curtis Yarvin, who disparage “liberalism” and sound themes about family, patriotism, and the state that carry a whiff of Vichy, does it mean that fascism is the wave of the future?

There is reason to be skeptical here. It is true, as Adler-Bell notes, that the energy among young, elite right-wingers is with what is broadly referred to as the New Right. In part, this is because the “New Right” is as much a subcultural aesthetic as it is a political movement — with a lingo and transgressive sensibility that it has borrowed largely from social media. Good things are “based” and bad things are “cringe”, media pseudo-events are “fake and gay”, and virgin/Chad and wojack memes are everywhere. It is no coincidence that this is a subculture made up largely of young men, operating within the confines of a progressive elite culture in which the crude humour typical of male bonding is heavily taboo. 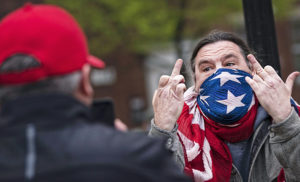 But while calling things “based” or “gay” might be a political act, it is not a political program. Two years ago, I wrote a piece for Tablet on the New Right. At the time, it was possible to describe the New Right as a real political faction centred around a handful of Senator’s offices, drawing hope from Trump’s flirtations with economic heterodoxy. These were, generally speaking, young party elites and intellectuals who wanted to drag the GOP away from the neoliberalism (or “Reaganism” or “libertarianism”) that dominated prior to 2016. Some were culture warriors and some were not. What they did agree on was that the small-government politics of Paul Ryan and the Wall Street Journal editorial page had outlived their usefulness.

Today, the dividing lines between this version of the New Right and the rest of the party are not so clear. Rhetorically at least, populism is the coin of the realm. Even relatively “normie” Republicans have been radicalised by the experience of the Trump administration and the first year of Biden; as Jacob Siegel observed, you now regularly hear Republicans expressing sentiments about the FBI worthy of Noam Chomsky. Everyone on the Right is a culture warrior, including buttoned-up private-equity barons like Glenn Youngkin, and everyone is a China hawk. It is not uncommon to hear Republican politicians inveighing against “woke capital”, threatening to break up Big Tech, and speaking ominously about “the Regime”. Even the national campaign against “critical race theory” might be seen as a fulfilment of Sohrab Ahmari’s 2019 call to “fight the culture war with the aim of defeating the enemy”. At the same time, populist energy on the Right has been diverted away from trade and economics and toward #StoptheSteal and opposition to restrictive Covid measures. Inflation and rising crime, meanwhile, have allowed Republicans to prosper, including among Hispanics, by shifting back to their traditional themes of law-and-order and fiscal responsibility. Even the GOP’s rhetoric on woke educational propaganda and school shutdowns is merely the latest twist in a long-running war on teachers’ unions. The tone may have shifted, but the ultimate aims have not.

Parties out of power always tend to downplay their internal divisions in favour of opposing their rivals’ agenda, and we can expect the substantive political disputes exposed by Trump to re-emerge in the primary in 2024. And culture war is popular, for good reason. The Democrats’ turn toward a fundamentalist version of identity politics is, in the short run at least, a major political blunder — an example of intra-elite dynamics among the party’s leadership forcing the adoption of positions and slogans that are actively antagonistic to most Americans. As long as the Democrats are the party of permanent Covid restrictions, rising murder rates, and woke excesses in schools, they will struggle outside of their deep-blue strongholds. And conservatives are not wrong to worry about the capture of seemingly every major national institution by ideologues hostile to their existence, given the ability of media and the school system to shape the values and perceptions of the public.

But there is a risk that the New Right might win the rhetorical and aesthetic victory only for zombie Reaganism to come crawling in through the back door — for everything to change just so that it can stay the same. As Richard Hanania observed, the anti-woke culture war may poll well for the Right, but it is essentially unwinnable, since “wokeness” is written into federal anti-discrimination law. Universities and corporations are militantly race-conscious in part because they are catering to progressive students and employees, but mostly because they are shielding themselves from legal liability under Title IX and Title VII. Absent some coherent plan to change these incentives, conservative anti-wokeness, no matter how rhetorically incendiary, is little more than a strategy for turning out the base. It may help to win elections, but once in office, a Republican president will have to actually govern. And if party grandees can convince the electorate that Biden really is “the second incarnation of Jimmy Carter”, they may be able to argue that the solution is the second incarnation of the Gipper. 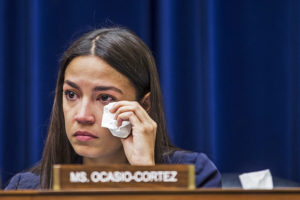 It is worth remembering that the main promise of the Trump-era New Right was that it had a real idea of what was wrong and how to fix it. Building on the work of the Bush-era reformicons, the intellectuals of the New Right attempted to take stock of the fact that the GOP was becoming, sociologically, a party of the less-educated, many of whom were ill-served by the neoliberal trade and economic policies favoured by the party’s wealthy donor class and intelligentsia. Given the yawning gap between the Republican establishment and its voters, and the full descent of the Democrats into professional-managerial class “socialism” (i.e., sinecures for the well-educated but downwardly mobile), the GOP was ripe for a takeover by a new generation of elites with a new set of priorities.

In the most sophisticated version of this diagnosis,  those priorities were to use the American state to re-orient the economy away from parasitic rent-seeking and labor arbitrage back toward high-productivity manufacturing, with the dual benefits of providing broad-based economic growth while preparing the United States for a looming era of great-power competition with China. Although even the most watered-down versions were regularly denounced as “socialism” in the old-guard conservative press, they received an impressive vindication in Trump’s Operation Warp Speed, possibly America’s most successful large-scale government project since the end of the Cold War (ironically, the post-2020 politics of vaccines have prevented the GOP from bragging much about it). And Trump’s other deviations from economic orthodoxy, in particular his trade war with China and restrictions on low-skill immigration, may help explain why, in 2019, the bottom 90% saw its share of earnings increase for the first time in a decade.

The pandemic and its attendant disruptions have scrambled American politics, subordinating longer term questions of political strategy to urgent questions about what to do here and now. But, on the American Right at least, the longer term questions are yet to be settled. At the moment, the great danger facing the New Right is not that it will be the vanguard of an American Reich, even if you can find some pimply teenagers on Twitter who lust for such a possibility. Rather, it is that it will meet the fate of so many other American political movements and devolve into a grift: a way for a handful of Washington-based journalists and think tank functionaries to make careers, solicit donations, and brand GOP politics for a slightly younger and edgier audience — while changing nothing fundamental about the party and its program.