Aspiration is a word forgotten by the Conservative Party. It’s certainly not a word that’s forgotten by me. In only one generation, my family went from being born in council housing and needing to muck out the pigs before heading out to school, to providing a comfortable suburban upbringing that paved the way to my own graduate career in financial services. What better example of “pull yourself up by your bootstraps” conservatism could there be than this?

I first joined the party around 2011, 18-years-old and full of belief in the values that I think have delivered so much for my family, and the country at large. The right of individuals to choose how to spend their own money. The power of liberalised markets to deliver improvements in living standards. The importance of our national institutions. Empowering individuals to live their life on their terms. My belief in these values has not changed.

What has changed is the Conservative Party. While its leadership candidates would happily agree with these aspirational principles, to be a young Conservative today feels like being a Judas goat, leading its own generation towards destitution. It’s not just me — my circle of young party members didn’t have a positive word to say when we found out the choice was between the two continuity Johnson cabinet candidates.

I want to light a fire under the arse of the party. I want to grab it by the lapels and shout with the moral fury of a cri de cœur: “You cannot continue like this”. A country must build for its future, not relentlessly indulge its present. To continue as we are, offering crumbs to the young while ceaselessly gifting jam to the Baby Boomer generation, simply because it wins elections in the short term, is not just bad for our party’s electoral prospects in the coming decades. It is fundamentally unpatriotic and unconservative.

Acting against conservative principles has consequences. Thank goodness, the leadership debate has finally noticed Britain’s appalling growth record over the past decade and a half — a period that awkwardly coincides with 12 years of Tory rule. The leadership candidates even openly admitted in the BBC leadership debate that the party’s economic management has failed to make Britain any better off. We are no richer than we were before the financial crisis. The march of economic progress — the increases in real earnings and upgrades in living standards that defined postwar Britain — has stalled. The leadership contest the Tories deserve

“We have had a consensus of the Treasury, of economists, with the Financial Times, with other outlets, peddling a particular type of economic policy for 20 years. It hasn’t delivered growth,” said Liz Truss. She’s right. If we don’t change course, we could well see the United Kingdom fall behind the per capita GDP of Poland in little more than a decade. The former Soviet satellite state had to play catch up after it was forced to run an uncompetitive and sclerotic command economy for the best part of five decades. What excuse does Britain — the birthplace of free trade, and of the industrial revolution — have for its lacklustre economic performance?

“What people in Britain desperately need now is change,” Truss added. She is, at least, challenging the orthodoxy that has led us to this juncture. But, like a plague doctor from 1769, while her diagnosis might be right, her cure is the equivalent of stripping at midnight during a full moon and standing in a barrel of eels. I lean heavily to the Right on economics — I should be delighted by Truss’s promises of immediate tax cuts to the tune of £30bn per annum. She’s proposed a reversal of the manifesto-breaching National Insurance hike, cancelling the planned 6p rise in corporation tax, and a two-year suspension of the green levy — a particularly eye-catching and juicy policy with energy bills soaring. Sunak, meanwhile, has pledged to cut the basic rate of income tax to 16% by 2029.

In one sense, less taxation is exactly what I want to see from a Conservative government, not least with my own marginal rate reaching beyond an eye-watering 60%. Cutting taxes is the fillet steak of red meat Thatcherism, is it not? While Truss may be claiming the mantle of Margaret Thatcher as her own with her tax cuts proposals, what the proposals forget is that Thatcher was cautious on tax cuts until the hard work — of eliminating the economy’s structural weaknesses — was done. In fact, taxation as a share of GDP continued rising into the early Thatcher years, only consistently falling after 1985, six years into the Conservative government.

In the Seventies, the structural weaknesses were all-powerful unions obstructing industry reform and undead, state-owned businesses kept going only through public subsidy. Modern Britain has its own equivalent of this economic drag anchor: the cost of housing and its root cause — the utterly dysfunctional planning system.

That planning system is designed not around growth, progress or even necessity. Rather, it is almost exclusively geared towards securing the lifestyle and preferences of those who already own — and who overwhelmingly oppose development. The result is laughably predictable: a severe supply shortage of homes and rocketing prices that far outstrip languid growth in earnings. Astonishingly, property listing website Zoopla found last year that one in five homes “earned” more in a year than the average UK salary. So much for the dignity of work. 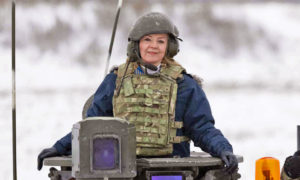 We cannot expect anything other than a sclerotic economy if we throttle the supply of workers in our most productive regions through high housing costs. One study found that by restricting access to workers through planning regulation, aggregate economic growth in the United States was a third lower than it could have been between 1964 and 2009. The cost may even be higher for the United Kingdom. Choking off all development is not small-c conservative protection of the “local character” of our neighbourhoods. It is nation-wrecking.

London, host to some of the most productive financial and legal services in the world, is now home to house prices 14 times greater than median incomes. Between the war and 2000, this multiple never rose above six. In Oxford and Cambridge, home to countless high-productivity businesses associated with the crown jewels of British higher education, the multiple exceeds 12. There is a clear economic incentive for young people to steer well clear of the country’s most productive jobs. That means lower growth, lower living standards, higher taxes, and worse public services.

And here lies the national practical joke: who supports this incredibly restrictive, nationalised and closed planning market? The party that liberally peppers its speeches with saccharine praise for privatised, lightly-regulated, liberalised markets. And what is the closed, state-regulated planning market that benefits existing players? A huge government subsidy. Again, anathema to Tory orthodoxy.

“The best way to achieve economic growth is cutting taxes and bureaucracy, and boosting private sector investment and innovation,” said Rishi Sunak, also at the BBC television debate. Yes! Reforming the planning bureaucracy fits hand in glove with the rhetoric. Yet neither candidate will touch the planning system with a barge pole, let alone seek a mandate from the membership to reform it, because it is an electoral livewire. Any attempt at change swiftly results in enormous electoral backlash, as proven by the 2021 Chesham and Amersham by-election loss, followed immediately by dilution, if not abandonment of reform. Without seeking a mandate for change from the party, attempts at change will always fall flat. David Cameron’s leadership campaign back in 2005 featured an open, public insistence that the party had to transform to ever win power again. “When I say change, I’m not talking about some slick rebranding exercise: what I’m talking about is fundamental change, so that when we fight the next election… we have a message that is relevant to people’s lives today, that shows we’re comfortable with modern Britain,” Cameron said at his 2005 conference speech, widely seen as the turning point that put him on the path to victory.

Cameron challenged his party to accept the social liberalism of modern Britain or face electoral oblivion. By making this a core theme of his campaign, and by winning, he was able to move forward and drag the party with him. I see no equivalent pitch coming from either candidate on what should be the most salient issue of the day. Sunak is actually proudly stating he’ll give residents even more power to block housing near them. How is someone in their early thirties, in a rented flat, with no prospect of owning their own home, whose wages haven’t risen in more than a decade, to interpret that, other than as utter contempt for how the country works against them?

It cannot even be claimed that this inequity is in the party’s long-term interests. If multiple generations are locked out of homeownership, they will not vote Conservative. Why should they?

My message to the party leadership is very simple: you are not discharging the duty of society to care for and improve the lives of its young. How am I, as a young Conservative, meant to defend our party’s record? How can I, when it is directly lowering my standard of living in order to subsidise already well-off, retired and home-owning Baby Boomers — whose incomes, for the first time in history, exceed working age incomes?

And while housing is the worst part of a sorry national picture, the intergenerational war on the young doesn’t stop there. Working age benefits fall while pensioners enjoy the comfort of the triple lock policy. Usurious rates of interest are applied to student debt. Taxes are at their highest level since the war, paying for increased NHS spending that primarily benefits the elderly. To be young today is to be relentlessly milked for extractive, gerontocratic tastes.

It has become a common trope: the young, imperious politico announces their resignation on social media with an image of a cut-up party membership card. Why don’t I do the same, given my contemptuous descriptions of the party’s record in government? I’m clinging on by my fingertips, still believing in “our” values. Truss or Sunak need to actually implement these values, instead of just paying lip service to them, to get my vote.

Right now, I’m planning to simply scrawl “build more bloody houses” on my ballot paper in a thick marker pen. The young, renting staffer opening the envelope to record the vote, whose wages haven’t risen in a decade, is unlikely to disagree with the proposition.