“Outside a war zone, Suwalki is probably the most heavily armed region in the world,” the Polish anarchist explained. I had just told him I was travelling there; he responded with a grimace. The Suwalki Gap — a 100km stretch of land between Poland, Lithuania, Belarus, and the tiny Russian maritime exclave of the Kaliningrad Oblast — has been dubbed “the most dangerous place on earth”.

If a shooting war between Nato and Russia were ever to break out, it is highly likely it will be here. The Gap provides the only rail and gas pipeline land routes between the EU and the three Nato Baltic States, leaving them vulnerable to Russian aggression. Yet it also gives Nato the opportunity to prevent Putin from accessing Kaliningrad, the only Russian port on the Baltic Sea that doesn’t freeze over in winter. The isolated city is home to 15,000 troops, a collection of Iskander missiles, and a purported flow of illegal weapons out to the EU.

This is not the first time tensions in the Suwalki Gap have caused alarm. When Russia annexed Crimea in 2014, Russian troops carried out aggressive military exercises across the region, cementing its reputation as Nato’s Achilles’s heel. But the situation might escalate further: in June, Lithuania began enforcing EU sanctions on Russian iron, steel and luxury goods being transported to Kaliningrad. A Kremlin official retaliated by threatening “serious” consequences for Lithuania; not long after, the Lithuanian government was hit by a wave of cyberattacks and bomb threats. In response, the EU Commission last month withdrew sanctions on goods, except weapons, moving between Russia and Kaliningrad.

On leaving the train station in the Polish town of Suwalki, from which the Gap takes its name, one of the first things I saw was a giant billboard across the road, exclaiming in Russian: “Putin, iди наxyй” (Putin, fuck you), before switching to Polish to exclaim “Bez Odbioru” (Over and out), and then with a flourish in Ukrainian “Слава Україні” (Slava Ukrayini).

This show of outward support for Ukraine was a stark contrast to the nearby Polish-Ukrainian border town of Rzeszow, where just the day before I had encountered a couple of hundred Polish nationalists gathered in the town square to remember the 1943 Volhynia Massacre of 50,000 to 100,000 ethnic Poles by Ukrainian nationalist Stepan Bandera’s militias. A Polish man in black uniform screamed down the microphone about the “Banderite Ukrainian fascist threat” as bemused international aid workers lounged about drinking beer. 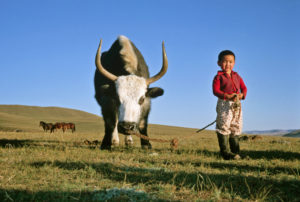 The historian Timothy Synder has described this Central and Eastern European zone as “the bloodlands”: a vast stretch of soil characterised by Nazi Germany and Soviet Russia’s slaughter of millions. After years of 20th-century bloodshed, many of its residents remain consumed by their national history. Even in Suwalki, a key point for cross-European solidarity, there are murals dedicated to national conflict. One contemporary mural, on the side of a building, commemorates the Sejny Uprising of 1919, when the minority Polish population of Sejny, a nearby town, led by a secret nationalist group the Polish Military Organisation, attacked the Lithuanian army.

On a hill overlooking the nearby village of Giby stands a Polish flag, surrounded by a vast sea of crucifixes. This national-religious monument commemorates the Augustów Roundup, when more than 600 Polish nationalist partisans in the area were executed over the border in Belarus in 1945 by Soviet forces. Nearby, I met Colonel Piotr Augustynowicz and two young privates, Slomka and Gutowski, who were busy preparing for the annual remembrance of the Roundup. They were members of the Association of the Polish Military Organisation: a continuation of the Polish Military Organisation, a secret group designed to throw off the suzerainty of the Russians, create a patriotic fighting force, inculcate a civic form of Polish nationalism, and reconquer the old lands of the Polish-Lithuanian Commonwealth in Lithuania, Belarus and Ukraine.

Slomka didn’t seem scared of living close to Russia: “It’s nothing,” he said. “I think we are prepared for everything.” Growing up in the Suwalki area, he had only met Ukrainians and never Russians — despite the country being only a few kilometres away. For Gutowski, living so close to Russia and Belarus “didn’t seem like a big deal — they are not connected”. When I asked if they believed Russian media rhetoric about a possible invasion of the Suwalki Gap, Augustynowicz simply responded: “They can try.” Is Russia winning the war?

Across the border in Lithuania, I visited the city of Alytus, which hosts the Grand Duchess Birutė Mechanised Uhlan Battalion — part of Lithuania’s contribution to Nato collective defence operations — in a barracks built for the Russian Tsar’s army in the 19th century. There, first lieutenant Žygimantas Mituzas told me: “Strategically, it’s good that Lithuania and Poland are working together.” Tensions over Lithuania’s imposition of EU sanctions on Kaliningrad “didn’t give, or generate, any extra [Nato] deployment to the region — but since the invasion of Ukraine there has been more public attention turned to the military”.

On a firing range across the base, I met several late-teenage conscripts — Lithuania reintroduced conscription in 2015 after Russia annexed Crimea. Over the crackle of automatic rifle shots, I talked to Private Dukleris, a short young man with an American-tinged English accent. He seemed hesitantly positive about the situation in the Suwalki Gap, saying: “There’s nothing to be concerned about just yet…”

Dukleris generally seemed to think Nato was helping to deescalate tensions: “I’m happy that we have allies that we can fight alongside. It’s a big network of, well, I want to say friendship, but that’s not very accurate.” He said that Polish-Lithuanian relations had improved after years of low-level tension: “There’s a deep history from before the Middle Ages — we do have this connection. We’re kind of like a couple that broke up but stayed good friends.” His own connection to Poland came in the form of conscripts from mixed families: “There are quite a few Polish-Lithuanian folks here [at the base], so I’m friends with them.” Simonas Jazavita, a historian at Kaunas City Museum, is also keen to emphasise the historical intra-Polish-Lithuanian unity against Russia. He described how the Poles and Lithuanians had understood themselves as a defence wall, or bulwark (przedmurze) of Latin Christianity against the Orthodox East: “It was common during wars between the Polish-Lithuanian Commonwealth and Russia, that the conflict be treated not as a simple war between neighbours (like most conflicts) but as a clash of civilisations. There was a popular conception called antemurale in the Polish-Lithuanian Commonwealth at the time — meaning behind the wall.”

But what is the guiding ideology behind the reconstructed Polish-Lithuanian wall? While America talks of a reaffirmed liberal word order, the attitude on the ground speaks to a different vision. Indeed, the “most dangerous place on earth” seems haunted by ghosts from the past just as much as it is by the presence of an expansionist Russia. For the residents of the Suwalki Gap, both the past and the present find themselves at the centre of a renewed struggle for power.