One name at the centre of the story about Elon Musk’s “Twitter Files” is that of Jay Bhattacharya. A professor at Stanford’s medical school, he rose to prominence as a co-author of the “Great Barrington Declaration”, which opposed Covid lockdown measures. Last week it emerged that Twitter had placed him on a “trends blacklist” to secretly limit the popularity of his tweets. Following that, Elon Musk contacted Professor Bhattacharya, and invited him in to Twitter HQ to discuss the matter — and view the evidence of his censorship for himself.

He spoke exclusively to Freddie Sayers about that visit, what he and Musk discussed, and the wider implications of his suppression by Twitter.

What does being put on the Twitter “trends blacklist” actually mean?

What I understand is that my Twitter messages can reach people who directly follow me. But they have no chance of being put on a broader visibility setting, so that people who don’t follow me would see my messages. So I’m talking to my group, and I think everything’s fine, but my messages have an upper limit on how far and wide they go.

And this all began when you joined Twitter in August 2021, many months after you had signed the “Great Barrington Declaration” speaking against lockdowns and calling for an alternative approach to the pandemic.

That first day in August 2021 when I joined Twitter, apparently Twitter received a number of unspecified complaints about me. It’s not clear, from my time at Twitter headquarters, exactly from who. Their systems are not set up to answer that question very easily, although apparently people are looking into that. And that then induced Twitter to put me on this trends blacklist to make sure that my tweets didn’t reach a broad audience outside of my own network… It took somebody at Twitter — a human at Twitter had to think about it. The setting was then renewed repeatedly through 2021 and 2022.

Tell us about how Elon Musk got in touch and invited you to visit Twitter HQ.

So I get a Skype message from a common friend, someone who knows Elon and knows me. And it says, “Jay, I have an early Christmas present for you”. And then I’m on a signal group with Elon. And the first message from Elon is just “Hi”. And then he says, “Can you come this weekend to Twitter headquarters so we can show you your files, we can show you what’s what, what exactly Twitter 1.0 did?”

You walk into Twitter headquarters in San Francisco and it looks like a five star hotel that’s been abandoned. There’s a very fancy restaurant, there’s all kinds of decorations and artwork… But nobody’s there, almost nobody’s there, everything’s empty, except when you go into the engineering area, with all of the cubicles, it’s filled with lots and lots of people trying very hard to make sure Twitter doesn’t explode. It’s Saturday, during the day, and they’re working hard.

You spoke with Elon for almost an hour. How was your conversation?

The topic, of course, was censorship. My sense is that he bought Twitter in part because he is deeply offended by the idea that something like Twitter, which is so important for public communication… had put their thumb on the scale. It wasn’t specifically about Covid. Generally, his sense was that one side of the conversation wasn’t being heard on many, many issues… I think he views this as: he’s in a very privileged position that allows him to restore free speech, allow for free discussion of ideas. And he wants to use what gifts he’s had for that purpose. He even made a joke: I could have bought an island with the $44 billion, but this was a much better use of the money. 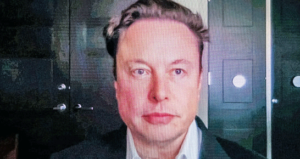 Was he a lockdown sceptic during the pandemic?

I think he generally was a lockdown sceptic… He famously, early in the pandemic, protested against being locked down when the shutdown orders came, and then moved Tesla’s headquarters to Texas… He was very clear that he was aware of the harms of lockdowns. He mentioned the early days of the pandemic — that he had a number of plants in China, with tens of thousands of employees. He said: “Look, if somebody dies in amongst my employees, I find out immediately, because we stop paying them.” But he noticed that there were very, very few deaths on that metric early on. So his view was that it wasn’t clear that the case fatality rate numbers that were coming out matched reality in China itself, even from the earliest days of the pandemic… Certainly at this point, he was very sympathetic to my message about the harms to the poor of the world threatened by the economic dislocation caused by lockdowns, the closing of schools — all of that I think he opposed.

So then an engineer shows you your files. What did you find out?

An engineer comes to me, we talk in this little cubicle. And so it turns out that there are two major sources of information for the journalists that are looking at this. First, there’s this tool, which Bari Weiss made famous: for each person, they’ll have the status of the person and history of the status of that person… That includes some personal identifying information, which is why you’re not seeing a dump of those files for everybody, because they’re not supposed to share that… I had got permission to look at myself of course. And I asked for permission to look at Martin Kulldorff.

Was Martin Kulldorff also on the Trends Blacklist?

He had been, actually. His first placement on the trends blacklist was in July of 2020, when he was advocating for opening schools… He told me that what he was doing on Twitter was: whenever someone was mentioning that schools should close, he would post a link to the Swedish study that showed that when schools had opened in spring of 2020, no children had died and very few teachers had gotten sick relative to other workers in the population. He posted over and over and over, he said, and was more active on Twitter than at any other time. That’s exactly when the trends blacklist was applied on him, in July 2020. And then again, three more times in 2022. Although there was no active trends blacklist for Martin at the moment.

Is it still active for you?

It was still active when I was at Twitter. I hope it’s been removed. My tweets seem to go more viral nowadays. The employees that are left are obviously very dedicated to making sure Twitter runs. The particular Twitter engineer that I worked with, he was moved over from Tesla. A number of the deputies of Elon were moved over from Tesla to help fight fires at Twitter… What they told me is that Elon is there ’til three o’clock at night… The people there are very dedicated to making sure that the site works and runs with a with a different philosophical basis, one of openness tied to free speech rather than suppression of ideas.

Do you think the pandemic response might have gone differently if voices such as yours were not suppressed?

Yes… I do really believe censorship kills, and censorship killed during this pandemic. The policies could have been so much better… The policies that were adopted were incredibly damaging to the lives and livelihoods of so many people. 100million people thrown into poverty worldwide: that’s the estimate from the World Bank. Just the consequences of that itself are going to have tremendous effects on the lives and livelihoods of people going forward. And of course, all these children were robbed of an education for years. Those are absolutely monumental outcomes of the policies we adopted during the pandemic, and they should have been freely discussed. My view of the scientific evidence is that it was so clear, even at the time, that we should not have been closing schools. And if we had been allowed to have a free and fair discussion, I think the schools would not have closed — if there hadn’t been this sort of demerit system for people who spoke up against these kinds of policies.

Do you worry that, with Twitter messages like “My pronouns are Prosecute/Fauci”, Elon Musk is going too far and will imperil his project?

It’s not what I would do were I in his position. But on the other hand, I don’t have $44 billion to buy the company. The ideal person for this may not exist… we have to deal with the people we have in front of us. And Elon is, I think, a big step up from the previous ownership, who obviously weren’t that committed to free speech… I agree that it’s not the wisest use of his power. I think it would have been wiser to be more temperate in talking about, for instance, Tony Fauci. I think that Fauci made tremendous mistakes: he abused his power during the pandemic. And it’s led to a lot of problems. But I think the right redress is not to prosecute him, but for history to remember him having made those mistakes, and that in fact, although he may have committed his life to healing, the prescriptions he gave during the pandemic made the lives of so many people worse.