Well, imagine no more. Forget Harvard University — welcome to Hustler’s University: “a community” where students “learn Stocks, Crypto, E-commerce, Copywriting, and more”, where “a number of War Room members will teach YOU exactly how to make money online”, and where a PhD costs just £337.00. A bargain, some might say.

But, as you can probably tell, this is not any ordinary PhD program. According to one disgruntled graduate, the P stands for “pimping” and H stands for “hoes”. The ex-student also asks: “Do you like being insulted by someone you buy a product from? I didn’t think so.” According to the former student, those who sign up soon find themselves being berated and belittled. Another author has given a number of reasons — 99, to be exact — why Hustler’s University is a scam.

Others, though, have lavished praise on the courses, claiming that Hustler’s transformed their life for the better. Yet it’s hard to escape the feeling that a lot of the “positive” reviews appear to lavish inordinate amounts of praise on the so-called university; they come across as fake and forced, completely inauthentic. So what is the truth about Hustler’s?

Of course, Hustler’s University isn’t a real university. No doubt many readers will roll their eyes and ask what sort of idiot would pay money to study at such a ridiculous sounding “institution of higher education”. After all, the word “hustler” is synonymous with scamming and deceit. Nevertheless, at least 87,000 people, the vast majority of whom are hungry young males, are forking out monthly fees to learn the art of making $10,000 per month from “handpicked War Room members” —  “a global network in which exemplars of individualism work to free the modern man from socially induced incarceration”. For a one-off fee of just £4,147.00, you can learn the ins and outs of affiliate marketing, supposedly “one of the easiest ways to start making money”, as well as the art of copywriting, “a HUGE money skill”.

Our universities need a revolution

What’s the appeal of forking out so much money for courses that are already available for free online? The answer becomes clearer once you meet the War Room’s general: Hustlers’s founder Andrew Tate. How best to describe Tate? Well, imagine throwing together the Most Interesting Man in the World, Jean-Claude Van Damme, David Goggins, Alex Jones, and 20 cans of Monster Energy — that’s Andrew Tate.

Born in the US, Tate’s family moved to the UK when he was four-years-old. Emory Tate, Andrew’s father, was a chess player of considerable repute, winning the United States Armed Forces Chess championship some five times. Now 35, Andrew seems to have inherited his competitive spirit: as well as being a mysterious businessman, he also happens to be a three-time International Sport Karate Association (ISKA) world champion. Although he retired from the sport, Tate returned to the ring in 2020, to compete at an event in Bucharest, Romania, where he currently lives (more on that later).

Elsewhere, reality TV fans might remember Tate from his appearance on the 17th season of Big Brother, although his time on the show was fleeting. A week after entering the house, Tate found himself removed for previous sins. Video footage, initially obtained by The Sun, appeared to show Tate hitting a woman with a belt. Tate responded by stating that the encounter was entirely consensual and the belt was, in fact, made of felt: the footage, he implied, was kinky rather than violent. Moreover, Tate accused The Sun of significantly editing the video to paint him in a rather disturbing light.

Whatever the truth, Tate’s views on sexual assault speak for themselves. In 2017, Tate tweeted that women who put themselves “in a position to be raped” must be prepared to “bear some responsibility”. Soon after, his Twitter account was suspended and the tweets removed.

Armed with a big wallet and an even bigger mouth, Tate has amassed a huge, cult-like following on Instagram and TikTok, where he posts footage of his lavish lifestyle, replete with yachts, sports cars and, of course, attractive young women. He is a guru, a philosopher, a troll of epic proportions, all rolled into one. Many of his declarations involve money and power, or the lack thereof. “Cowardice is bred into poor people,” he writes in one post. “It ensures poverty by dulling their appetite for risk.” 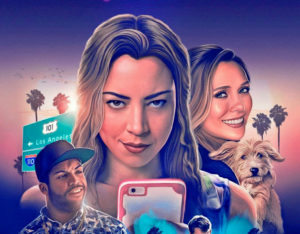 As for his own wealth, serious questions remain unanswered, the most obvious being: how did a man from a rather humble background end up with a net worth of $250 million? Remember, Hustler’s University was only established last year, and kickboxing, even at a high level, won’t make you rich.

The sex industry might, though. Tate previously admitted that “40%” of the reason he relocated to Bucharest was because the Romanian authorities were far less likely to take sexual assault allegations seriously. To be more specific, he stressed that the #MeToo movement had gone too far, and that innocent men were having their lives ruined by dishonest women.

All of which may go some way to explaining his other job in Romania. In March, The Mirror ran a rather interesting story on Andrew and Tristan, his younger brother, who also resides in Bucharest. According to the report, the pair “are raking in millions from webcam sites where men hand over a fortune as they fall for models’ fake sob stories”. The business is run out of a studio where dozens of scantily clad women take calls from excited, sexually-starved men who pay $4 a minute to chat with the women.

Does the webcam business make them bad men? Not necessarily. They don’t appear to be doing anything illegal. They are businessmen — opportunistic and ruthless in the extreme, exploitative, perhaps — but that doesn’t make them criminals. And yet in April, The Daily Beast reported that Romanian police had raided the Tates’s home. Referring to Andrew as the “MAGA King of Toxic Masculinity”, the author made sure to emphasise the fact that the kickboxer is a Trump supporter and even — wait for it — posed for a photo with the king of hustlers, Nigel Farage. According to the report: “Romania’s Directorate for Investigating Organized Crime and Terrorism said the raid on the Tates’ house was part of an investigation that began after a woman was reported to be held at the house against her will.” To date, no one has been charged with any criminal activity. Tristan Tate, 33, told The Daily Beast that Romanian police hadn’t found any “women in the house who were there against their will”. 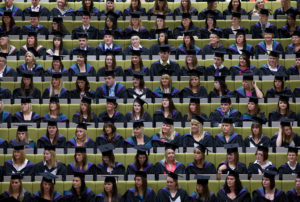 Who gains from the great university scam?

What are we to make of Andrew Tate, then? He is clearly a charismatic, intelligent man, the type of guy who could sell OnlyFans to the Amish. And unlike so many on social media, Tate seems to practice what he preaches. He believes any man of value should have many women, and he appears to be a womaniser of epic proportions. A gym rat who preaches the gospel of prosperity, Tate appears to be living according to his values. I use the word appears a lot intentionally. You see, with Tate, nothing is completely clear. What is real? What is an act?

A more important question to ask, though, is why has Andrew Tate amassed such a cult-like following? I suspect it has something to do with the fact that he is an alpha male who says whatever he wants, whenever he wants, on whatever platform he wants (even on Twitter, despite having his primary account banned). Many of the men who follow him are desperate, lonely, confused, scared and sex-starved. They’re not exactly incels, but they’re not exactly studs either. They are the type of people who create subreddits to praise Andrew Tate: The G, The GOAT, The King. They see Tate as an exorcist of sorts, a man capable of purging the countless demons from their shell-like souls, someone with the power to rescue them from their miserable lives.

But those who view the multi-millionaire in such a light would do well to remember that Tate is a hustler. As Charles Floate, a man intimately familiar with the ins and outs of Hustler’s University, previously noted, “Tate is just another person praying on vulnerable minds”, hence why there are dozens of websites reviewing his university, “but NONE are positive without an affiliate link (Where they will get 50% of your payments to Andrew for LIFE) trying to get you to click throughout”.

You have been warned. Tate wants you to take the bait. And at Hustler’s University, there’s only one hustler who always wins.