Once you accept the existence of some kind of internal, inherent womanhood it becomes possible to argue that physical sex is a triviality that must be looked past. The flesh is a faulty representative of the true self within, and the path to enlightenment comes when you learn to trust other people’s accounts of themselves over your own lying eyes.

With the principle of gender identity in place, you can even argue that it’s female people who are the blithely privileged ones, while male people (who, of course, must not be called male) have the wisdom instilled by disadvantage. The trans writer Julia Serano — who used the term “subconsious sex” in preference to “gender identity” — put it like this:

“Many cissexual people seem to have a hard time accepting the idea that they too have a subconscious sex — a deep-rooted understanding of what sex their bodies should be. I suppose that when a person feels right in the sex they were born into, they are never forced to locate or question their subconscious sex, to differentiate it from their physical sex. In other words, their subconscious sex exists, but it is hidden from their view. They have a blind spot.”

In short: if you have doubts about whether your sex is, in fact, best defined by an immaterial sense of self which you have never personally experienced, then you should stow your questions because all they betray is your own good fortune at not being trans. Lucky you, you must just love your gender role.

And if you suggest that the category we call trans might actually be a mix of several different things manifesting in distinctive ways within certain groups — if, say, you suggest that a woman with a complicated history of trauma fleeing femaleness might not be having exactly the same experience as middle-aged male posing in makeup — then god help you. Above all, never conceive that some instances of male transition might contain something distinctively sexual.

In 2003, the academic Michael Bailey published a book called The Man Who Would Be Queen, a dishy pop-science take on transsexuality (before that term was verboten) based on his own lengthy and sympathetic engagement with the trans community. It put forward the argument, drawn from sexologist Ray Blanchard, that males who transition fall, roughly, into two types.

The “homosexual transsexual” (usually young, gay and effeminate) is attracted to men and seeking to be attractive to men. So far, so much what most people suspected about the motivation for transition. But the second type was a more psychologically complex proposition. The “autogynephile transsexual” was often older, usually straight, tended to have a history of crossdressing — and was driven by an intense attraction to the idea of himself as a woman. 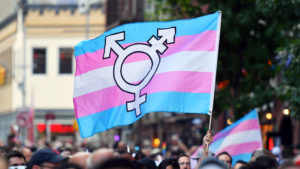 Does it matter why people experience themselves as being trans? For the individual concerned, perhaps not: when one reaches the point of misery with one’s physical body at which transition seems the only liveable choice, the backstory probably feels very much beside the point.

But for clinicians, studying the reasons for something as unusual as the drive to change sex can be important in helping direct patients to the most appropriate path. Gender reassignment surgery is a drastic process, and it makes sense to explore whether someone’s issues might be resolved by another means. And more than that, it’s just interesting. Humans are strange and complicated creatures. Understanding them is more than a life’s work.

As far as trans activists of the early noughties were concerned, though, this specific thing was not supposed to be understood. For addressing the theory of autogynephilia, Bailey was subjected to a life-ruining campaign of harassment. His professional reputation was assassinated; his family was abused. In her exhaustive and riveting investigation into the controversy, Alice Dreger found that even before Bailey’s critics had read the book, they’d concluded that its contents would be dangerous.

It became vital to establish that the autogynephilia theory was, as Serano wrote, “based on dubious evidence and has never been scientifically substantiated”. It could even, said Serano, be considered sexist — an outcome of “our cultural tendency to sexualize femininity and femaleness in all its forms”. And yet, infuriatingly for the cause, the sex keeps seeping into transwomen’s accounts of themselves.

It’s there is Caitlyn Jenner’s The Secrets of My Life, when she writes about the thrill of seeing her reflection in full feminine dress: “Sometimes I wonder if dressing up like this is the equivalent of having sex with myself, male and female at the same time.”

It’s there is Juno Dawson’s teacherly book The Gender Games, which breaks off from informing readers of the correct way to think about gender to tell us how, when living as a gay man, Dawson had felt “a very conscious urge to get fucked, to be penetrated as a woman would be”.

It’s there, extravagantly, in Andrea Long Chu’s Females: A Concern, which defines the “barest essentials” of “femaleness” as “an open mouth, an expectant asshole, blank, blank eyes”. It’s there in Torrey Peters’ spiritedly indecent novel of queer families and sissy fetishes, Detransition, Baby. (One trans reader’s first reaction to the novel’s compulsive bean-spilling was to say: “I’m upset that the cis are going to read it”.)

Where you won’t find it, on the whole, is in testimonials by trans men. Gabriel Mac, in New York Magazine, concludes post-transition that he is in fact asexual. Thomas Page McBee’s autobiography Man Alive describes a history of terrible abuse leading to nightmarish depersonalisation: “I felt like a marionette, otherworldly and wooden.” The experiences fantasised about by Lavery did not confirm McBee’s femininity but broke the bond between self and body.

This is, or should be, expected. Paraphilias — or fetishes — are wildly more common among male subjects than female ones. But it’s a paradox too. It means that male-to-female transitioners are, on the whole, becoming women in a specifically masculine way; and female-to-male transitioners are becoming men in a way that is characteristically feminine. The change of gender only reasserts the starting point.

Without wanting to traduce my whole sex, women can be sometimes wilfully naive about the force of masculine sexuality — and the range and strangeness of masculine desires. Paraphilias are not only more common in men, but also much more acceptable, on the whole, to men than they are to women. Tell a woman about the weird shit that gets you off, and you run a high risk of leaving her disgusted. It’s that disgust, I think, that leads some women to downplay the importance of sex for male people who want to be seen as women.

But it’s easier to believe comforting falsehoods about a universal gender identity (whatever one of those is) than to accommodate the sticky mess that male sexuality can be. As Debbie Hayton has written in these pages, in an essay entitled “Why I became trans”: “the concept of gender identity has been comforting and politically useful for autogynephilic transsexuals in a society that stigmatises unusual male sexuality”. This feminine coyness creates a strange situation where trans women can tell the dirty truth about themselves until they’re blue in the face, and kind-hearted women of the Natasha Devon tendency will pretend they never heard them.

It’s why the Marie Claire review of Detransition, Baby doesn’t mention the kinky stuff but does suggest that “cisgender women can learn a great deal about gender, motherhood, and queer identity from Peters”. It takes skill to distil wholesome self-improvement from a novel where one trans woman character declares “I want a man to love me so much he murders me”, but part of the art of femininity has always been the ability to prettify unpleasantness.

It’s not ladylike to comment on indecent things. The proper role of women is to demurely support the masculine quest for satisfaction. Amy Bloom’s superb 2002 “Conservative Men in Conservative Dresses” — which predates current doctrines about gender identity — describes a subculture in which husbands can revel in their feminine side by dressing up.

But they can only do this because their wives are there to do the less attractive but equally feminine work of looking after them. Wives help with makeup; wives advise on clothes. Wives continue to do all the things wives traditionally do. “For twenty years he couldn’t help with the dishes because he was watching football. Now he can’t help because he’s doing his nails. Is that different?” grouches one woman who, despite her obvious dissatisfaction, has still gone along to support her husband on a crossdressing retreat.

The horror at the idea of women bucking their allocated role as support humans explains why some feminist writers have received shocked pushback when quoting the trans women I’ve referenced above. A male writer can self-disclose with impunity, but when a woman draws attention to it, suddenly everyone gets uncomfortable. The quotes must be “out of context” — surely Chu can’t really mean the essence of woman is an “expectant asshole”? And yet that is what Chu wrote, so that is what we must believe was meant.

Is there anything wrong with a weird sexual predilection? In itself, no: what happens between brain and genitals to get the latter going is the definition of a private affair. So there really ought to be no cause for embarrassment about the fact that some trans women have a sexual component to their transition. If the activists keep lying about it, it’s because they’re the ones who are ashamed of it.