People are nicer to you when you’re ill; they pay you more attention. Most of us appreciate this special treatment, but what if you begin to crave it? What if you craved it so much that you started to embellish a little, making your symptoms seem worse than they really were? What if you went further, and pretended you had an illness when in fact you didn’t?

Munchausen’s Syndrome, or as it’s referred to in the medical literature, “factitious disorder”, is one of those conditions that’s rare enough that we don’t know how rare it is. It usually goes unnoticed for years or decades. Patients often visit many different doctors and hospitals, sometimes abruptly disappearing if anyone questions the reality of their illnesses, means it’s difficult to diagnose, let alone study. But there’s plenty of evidence of these fake illnesses ruining real lives.

At the end of last year, Helen Naylor published a memoir, My Mother, Munchausen’s, and Me. The final word in the title could be referring not only to the author, but also to ME — Myalgic Encephalomyelitis, or Chronic Fatigue Syndrome — which Naylor’s mother Elinor claimed to have all the way through Naylor’s childhood. She required, she said, long bed rest every day, meaning she was rarely around to look after Naylor. Years later, Naylor discovered that her mother had regularly gone out shopping and on day trips while she was at school.

Over time, Naylor’s mother seemed to forget the ME, instead seizing on a diagnosis of “mild Parkinsonism” — a set of minor symptoms that are related to the vastly more serious Parkinson’s Disease, but are absolutely not the same thing. Doctors told her that it would be decades, if at all, before the symptoms had an impact on her life, and yet she obsessed over it, blowing it out of all proportion, mentioning it at every opportunity and becoming terribly offended when anyone tried to change the subject. Her diary, which she’d diligently kept for decades, was focused on her never-ending sicknesses. Her daughter’s life, her husband’s death, the birth of her grandchildren: these were side issues, in which she showed little interest — her focus was always on herself, her fragilities, and her visits to the doctor. But her diary entries didn’t display anything like the normal reaction to being ill, which might involve anxiety, stress, or some form of coping mechanism like denial. This was glee: Naylor’s mother delighted in every potential disease she might have caught and symptom she might be showing, regularly researching conditions to find out more of the grisly details.

There is no known treatment for Munchausen’s. It presents all sorts of challenging questions — for instance, whether doctors should confront a patient about their fake illnesses, or whether that would make things worse. Since symptoms vary so much, medical researchers have to rely on small amounts of case experience — doctors describing their experiences with individual patients — rather than any larger-scale samples.

Those case studies often make for grim reading. For instance, one report from 2019 describes a man in his 20s who went from hospital to hospital across the whole of Italy — and sometimes abroad — complaining of a wide variety of symptoms and pains that required investigation. He had a total of 41 known hospitalisations in a four-year period, and managed to convince enough doctors to perform invasive surgical tests that his torso was covered in scars. He was taking a variety of drugs, including testosterone — which was necessary since he’d had both of his testicles removed in one of his numerous unnecessary operations. When asked by aghast doctors the reasons behind this “mutilating operation”, he could only give a vague, noncommittal reply.

As the Italian doctors pointed out, patients like this aren’t delusional per se; nor are they delirious, suffering from some kind of altered state of consciousness — they’re not mistaken about the illnesses they claim to have. And they aren’t “malingering”, which is when people fake illnesses for a specific reason, like avoiding military service or gaining benefits. Neither are they hypochondriacs — neurotics who worry too much about their health (indeed, like Naylor’s mother, they often get great pleasure from the idea that they’re sick). Instead, they have a compulsion that’s more difficult to pin down — an irrational, uncontrollable desire to have more consultations with medical professionals, more hospital visits, and above all more attention. 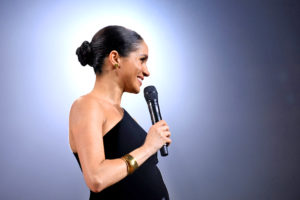 Mental health is a lucrative business

In 2016, two psychiatry researchers collected together all the published case studies of adults with factitious disorder. They tried to draw out some broad patterns from the 455 cases they found. The first thing they noted was that 66% of patients were female — strange, since a previous edition of the Diagnostic and Statistical Manual of Mental Disorders, psychiatry’s Bible, claimed on the basis of no stated evidence that the disorder was more common in men.

The second interesting observation was that the factitious patients often claimed to have previously worked in healthcare — as a lab assistant in a hospital, say. This makes sense: people who are obsessed with illness might gravitate to jobs where they can observe and research it closely.

But just putting together case reports only gets you so far (even though other case reviews find a similar pattern of results). All the numbers the researchers could provide are subject to huge margins of error — and might be tainted by bias. For instance, cases that are particularly outrageous or extreme are more likely to be written up as case reports and sent to journals, so we might get a skewed image of what the average patient with the disorder looks like. This is, ironically, a kind of scientific Munchausen’s-by-proxy, where doctors hype up the illnesses of their patients, or at least focus on the most shocking ones, to gain attention for themselves.

A suite of studies — again, mainly case reports — now exists on “Munchausen by Internet”, where someone with factitious disorder uses the internet to build a fake persona as a sick person — as well as sockpuppet accounts for fake relatives or friends to buttress their story. They might infiltrate support groups for an illness, or build a social media following, basking in the sympathy they receive from well-meaning commenters and supporters (“you are so brave — keep fighting!”). Whether this is a specific new disorder is arguable: it sounds more like a mutation of the old problem. But — and I won’t provide any links, for obvious reasons — there is definitely a new genre of social media account which the owner uses to provide regular updates on what’s often a long list of medical conditions. They post photos of medical equipment such as feeding tubes, and seem to be take a suspicious amount of pleasure in the trials and tribulations of having a long-term medical condition.

Just to be completely clear, I’m not arguing that disability advocates who discuss their conditions and raise awareness on social media are suffering from Munchausen’s. But clearly, in some cases, the internet can become a crucial crutch for a minority who have a tendency to exaggerate (or even fake) symptoms. Indeed, thinking of the often-perverse dynamics of who gets attention on social media, one could hardly imagine this not being the case.

The paradoxical thing about factitious disorder is that although it involves faking and overstating illnesses — and causes immense frustration and distress for family members and doctors who have to deal with it — it is itself a serious medical condition. Many sufferers start to deliberately harm themselves, out of desire for sympathy and medical attention. They might deliberately give themselves cuts and bruises — a relatively easy way to fake an injury. Reports abound of patients rubbing dirt or faeces into their open wounds in an attempt to aggravate them. And the Italian Munchausen’s sufferer who’d been mysteriously castrated actually died, suddenly, during one of his many hospital visits, of acute heart failure. All operations and medical procedures come with risks, and when you subject yourself to dozens of them, those risks begin to multiply.

And in the case of Helen Naylor’s mother, increasingly frantic attempts to fake illness — starving herself and refusing to leave her bed for any reason — eventually turned into the real thing. She was admitted to a nursing home in her 60s, with the frailties of someone far older, and died before her 70th birthday. Chest and mouth infections seem to have been the final straw that led to her death. And just like the doctors and researchers who have studied this disorder — so well-known in culture but so poorly understood by science — her daughter was left not with closure, or explanations, or even relief. There was nothing but sheer bewilderment.