Was Lord Byron the first “dog dad”? At Newstead Abbey, the Romantic poet’s former home, there is a stone monument topped with an urn: perhaps the most famous pet memorial in the world. It was erected in honour of Byron’s dog Boatswain — a beloved Newfoundland.

When Byron was 20, Boatswain died of rabies. Devastated, he composed a poem that captures his grief and the sense of losing an irreplaceable relationship:

To mark a friend’s remains these stones arise;
I never knew but one—and here he lies.

Byron made provision in his will to be interred with Boatswain, but he was hardly the first human to form such a bond; the earliest known remains of humans and dogs buried together date from 14,000 years ago.

Until last week, I’d only ever kept cats, and didn’t really get the dog thing. Then we got a nine-week-old Labrador puppy. Now, my every moment and mood is shadowed by a creature who thinks I’m some kind of divine being, and who wees on the floor whenever she gets excited, which is often. It’s been intense.

But as intense as a baby? A few days into dog wrangling, a friend texted me to ask how “new motherhood” was going. There are plenty of articles which will tell you parenthood and dog ownership are comparable, or that you should try raising a puppy before you try raising a baby as a sort of trial run, or that the former is even harder.

And some dog-owners insist flat out that dogs and kids are on a level. “Am I comparing my dog to your kids?” asks young dog-owner Eva Hall. “Yes, yes I am”, because “I love him as much as you love your kids” and “let’s face it, he’s just better than your kids”. For those, like Hall, who see no distinction between dogs and kids, a puppy isn’t like parenting: it is parenting.

My already well-thumbed copy of Puppies for Dummies reinforces this, referring throughout to “dog parents”. Some of the products that cater to these “dog parents” are startlingly expensive and similar to the baby kit now in my loft. I’m not sure why a dog would need a pushchair, as puppies can walk from three weeks old; but you can still spend £350 on a deluxe dog buggy. There are slings, too; this one has a thousand or so positive reviews, many of which include photos of delighted owners carrying baffled-looking canines, slung like babies on their chests.

It’s true that in the case of both babies and puppies, you build an attuned relationship on caretaking and body-language cues rather than — as with adult friendships — conversation or shared interests. There are also broken nights, the cleaning up of bodily waste, and the sense that you’re in charge of creating a routine for a dependent other.

But I scarcely need list the reasons why a dog is a dog, and a baby is a baby. Yet many seem determined to flatten the distinction. And while it’s common to decry this as “selfish”, or blame the housing crisis for making human offspring unattainable, this trend has also paralleled a wider one, now decades old, away from boundaries, distinctions and formal hierarchies in the way we organise our social life. 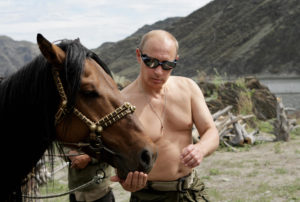 More by this author

Today household-name management consultancies extol the benefits of “unstructuring” your corporation, and “unschooling” advocates wonder if parents imposing rules on kids creates more problems than it solves. Beneath it all lies a profound ambivalence about authority that’s percolated even into the asymmetrical relationship between owners and their pets.

Over my lifetime, the trend has been away from formal acknowledgement of hierarchies in schools, families and the wider social fabric, toward a more egalitarian style. Parenting norms have shifted toward empathy rather than pulling rank. Advocates of “gentle parenting”, for example, suggest “negotiating limits” with your kids instead of telling them what’s going to happen: not “we’re leaving the park in five minutes” but “how many more goes on the swing shall we have before it’s time to go?” “Peaceful parenting” challenges the idea that “kids are less than”, arguing that it’s wrong to use “privilege as an adult” to control children’s actions and feelings. Instead, the child’s autonomy is emphasised; some even advocate asking a baby or toddler for consent before changing a nappy.

And as more parents seek to place kids on the same level as them, something similar is afoot with pets. The “multispecies family” is so pronounced a trend it is the subject of books and academic research, and three American states have recently passed laws obliging courts to treat pets as family members rather than possessions in divorce cases.

This all suggests a deep ambivalence about whether love and authority are compatible full stop. For the egalitarians, this is never the case. Children are an oppressed class; and pets are “infantilised objects of resource in a speciesist society”, forced to live in environments that do “psychological violence” to them.

This would, I suspect, have baffled the aristocratic Byron, for all that he loved his dog. If Boatswain’s epitaph is anything to go by, for him the dog wasn’t a substitute baby but something more like a deeply-loved feudal retainer:

The first to welcome, foremost to defend,
Whose honest heart is still his Master’s own,
Who labours, fights, lives, breathes for him alone

It would have flummoxed my farming grandparents, too. They kept a working dog, a relationship that has the same feudal undertone as the one Byron describes. Their dog was a member of the household, scrupulously well-cared-for but given clear rules that marked her out as absolutely not on a level with the humans. 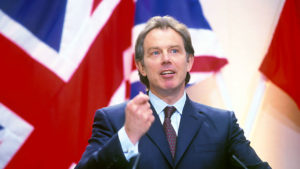 More by this author

In contrast, a growing number of dog owners shrink from the idea of such a distinction in status. Such people would reject the term “owner”, preferring to anthropomorphise their canines, or otherwise emphasise the parity between them: for example by donning a matching dog costume to play with them or letting them into the bed.

But this comes with downsides, too. The arguments against swapping authority for empathy in parenting usually point to badly-behaved children. And if poorly-managed children may cover your walls in Sharpie, poorly-managed dogs may just be sharp. These are the creatures that gnaw at furniture, or maul livestock or humans — and who end up being euthanised.

And along with the risk that too-egalitarian a relationship will make for open season on misbehaviour in kids or animals, comes the creeping possibility that it will do so for adults as well. For once you argue that kids and animals are on a level with adults, and their autonomy a key factor in the relationship, you’re close to claiming — as the advocates for nappy-changing permission do — that we should elicit the consent of children or animals to the way we treat them.

If you’re arguing that kids and pets should consent, though, that implies they can. On the face of it, this sounds good and compassionate. But “consent” also implies a relationship between relative equals, in which both parties have similar levels of autonomy. Where this is understood to be the case, between adults, the modern world routinely treats consent as an adequate substitute for moral rules: we don’t need to say any action is wrong in an absolute sense, if everyone affected agreed to it.

Most people understand that the difference in capacity between an adult and dependent pet or child is so great that such a “consent” model only applies in a very limited sense. But the radical push to flatten all structures pulls us in the opposite direction — and for a minority, this leads to dark places. For it’s also now a mainstream view that consent is the sole arbiter of whether a sexual act is acceptable. So perhaps it’s not a coincidence that as parenting and pet-care have become more radically egalitarian, a few are tempted to imagine the capacity for “consent” some now ascribe to children and animals in other areas of life might apply here as well.

One recent book by a UK academic argues that while sexual intimacy between humans and animals is often abusive, it needn’t be by definition. And it may or may not be a coincidence that the same writer who declared “‘parent’ is an oppressive class” worked as Communications Director for Prostasia, an organisation that supports the “liberation” of “minor-attracted people” from stigma.

For most, the retreat from authority is not a step toward abuse, just a well-intentioned effort to avoid undue harshness when in a position of authority over kids or pets. But while authority may be misused, asymmetries of power and responsibility don’t go away just because you wish they weren’t there. Children and domestic animals are genuinely in need of adult guidance if they are to integrate into the human social fabric. Refusing to provide this isn’t compassion, it’s cowardice.

More seriously still, abdicating our responsibility to accept the obligations that come with being in authority over dependents risks abuses far worse than badly-behaved kids or pets. For pretending we’re on a level with our pets or kids doesn’t diminish the power we have over them. It just makes it easier to conceal that power, and convince ourselves they’ve consented, as equals, to whatever it is we desire. And very few individuals have no desires they’re ashamed of.

It’s not just unruly dogs that need to be kept on a leash, but also the dark side of humans. If we’re to wield power responsibly in our households, we owe it to our dependents to acknowledge where it lies.