When you look at the state of some ostensibly progressive media organisations these days, it’s hard to understand how their more talented employees find the energy to get up in the morning. Imagine starting your career inspired by visions of Woodward and Bernstein and Pulitzer Prizes, and ending up having to capitulate to a rapist’s preferred pronouns.

Imagine having your painstaking investigative work on the cost-of-living crisis or the Ukrainian war sit alongside a piece called “How I freed myself from inherited gender roles and stopped feeling unworthy of my own womanhood”, written by someone called Jeremy. Or imagine opining critically about the role of “disinformation” in a publication which also accuses mainstream media outlets of using a “technique employed in Nazi Germany to silence trans people”. The brave souls enduring these indignities at the hands of their colleagues are the real journalist heroes. Truly, it must be a slog.

Earlier this week, former Guardian columnist Hadley Freeman gave a revealing interview to Woman’s Hour about her time at the paper, describing it as an initially happy marriage but one in which her partner eventually became a “conspiracy theorist”. A few years ago, while Freeman was away on a work trip, representatives from lobbyist organisation All About Trans — who had a close working relationship with Mermaids at the time — were brought in to talk about “how trans people should be discussed in the media”. In the course of their intervention (the chummy flavour of which presumably can be gauged from this piece about the same group lobbying the BBC Newsnight team in 2016), two relatively innocuous pieces of Freeman’s were presented to her colleagues as examples of transphobia, she said.

From then on, her viewpoint was dismissed by colleagues as “mean”. Editors would repeatedly refuse pitches from her about Mermaids or J.K. Rowling on the flimsiest of excuses, while continuing to publish gushing pieces about child transition. At one point, she said, senior management told her that only journalists with relevant specialities, who also happened to be male, could write about the politics of gender. Books by gender-critical authors were uniformly passed over for review, and only a single interview with one such author made it onto the page (that is, with me — albeit in the education and not the main section, and with a lot of anxiety on the part of the section editor as I recall). Meanwhile, as befits a good and obedient Stonewall Diversity Champion, trans memoir after memoir was puffed in the paper, approved mantras were intoned, and stories of wrong bodies and wrongthink abounded.

Though Guardian management were not prepared to send a representative to discuss the matter, in a prepared response read out by interviewer Emma Barnett a spokesperson explained, as if talking very slowly to toddlers, or to Russian citizens during the Soviet period: “All writers work with their editors to decide the topics on which they write. This is a completely standard practice across the media. That is not censorship. It is editing”. It is perhaps hard to understand how such a venerable and supposedly sophisticated publication could have reached this level of audience infantilisation. It’s almost as if they think their readers are idiots.

Actually, I’ve come to think that they do think some of their readers are idiots — a fact which partly explains progressive policing and censorship around discussion of gender identity, as well as other controversial topics too. One reason why someone might talk to a group of people as if they were stupid is inadvertent: namely, if the person is himself an idiot and simply trying to describe the world as he sincerely sees it. Into this category would seem to fall some of the gender lobbyists generally benighting our institutions and instructing newspapers what to write. Recent court cases in which they have appeared as witnesses have afforded ample opportunity to scrutinise the extent of their knowledge of biology, ethics, and childhood development. Pearls of wisdom offered include: “describing any particular transwoman as male is inherently transphobic and abusive, unless that trans person as an individual has asked you to do so” (Kirrin Medcalf, Stonewall Head of Trans Inclusion), and “I am not clear that children come out of the womb with a sex, to be honest” (Dr Belinda Bell, Chair of Mermaids trustees). As it happens, I once met the founder of All About Trans, the transactivist body named by Freeman as involved in lobbying the Guardian. Nathalie McDermott, not herself trans, met me for coffee in a hotel near the BBC in January 2019. Our companions were fellow gender-sceptic Graham Linehan and transwoman Ayla Holdom, a patron of Mermaids and consultant for All About Trans. The meeting was initiated by McDermott, who seemed convinced that if only we sceptics could meet the eminently likeable and reasonable Holdom, we would seamlessly extrapolate outwards to anyone else who identifies as a woman for whatever reason, and our strong doubts about things like putting males in women’s prisons or women’s sporting competitions might be quashed.

McDermott also pleaded with us that, if only we would meet some “trans kids”, we would see how “happy” they were and therefore stop worrying about the fact some are being sterilised and having body parts chopped off before they can properly understand what is happening to them. I have no doubt this is genuinely how McDermott saw things: that the fact a minor is happy, right now, is somehow a reliable indicator of her well-being in future years. And when we pressed her on the idea that latent homophobia might be behind some parents’ preference for interpreting their feminine boys as girls, or masculine girls as boys, she attempted to reassure us that she had never ever seen this — as if, again, this was something an outsider could tell from relatively superficial observation.

As I say, some people have cognitive blind spots, however well-meaning. But this can’t be the entire story about those writers and editors at the Guardian. These are supposed to be among the nation’s foremost intellectuals, for god’s sake. Most of them easily grasp such basic points as: personal anecdote isn’t strong evidence; most violence against women is carried out by males; children aren’t able to consent in the way that adults do; there’s societal pressure on young lesbians and gays to be more conforming to norms for their sex. Indeed, if they didn’t grasp this standard progressive fare, they wouldn’t have got jobs at the Guardian in the first place.

Rather than being an idiot himself, a second reason why a writer might treat his audience as idiots is because he suspects that some of them are. And indeed, it seems to me that at the root of Guardian doublethink on trans issues lies some degree of contempt for readers’ intelligence. Moral sophisticates as they are bound to try to be, it seems likely that many of those pushing for an “inclusive” editorial line on trans issues, to the exclusion of other viewpoints, would admit in private that they at least understood gender-critical reservations. Yet it appears that they won’t allow untrammelled voice to be given to those reservations because they fear that if they did, stupid people might be influenced to do bad things because of it. Some degree of technocratic smuggery seems implicit here, and, ironically, probably a class element too. As a highly-educated person with wider expertise and a sounder moral compass than many of your readers, you think it’s part of your job to anticipate the highly emotive and irrational ways in which ignorant people might react to certain bits of information, should they read them, and then adjust the information accordingly.

Nor is this impulse to micro-manage other people’s minds solely reserved for the Guardian’s coverage of transactivism. In a recent piece laced with finger-wagging about Kanye West, no room could be left for readers to decide for themselves what the interplay might be between West’s antisemitic tirades and his bipolar manic episodes. Instead, its author primly informed readers that: “Medical experts have underscored that mental health struggles and bigotry are separate problems.” A few days earlier, a piece by a different Guardian journalist included a near-identical phrase: “medical experts and advocates warn that his bigotry and mental health struggles are separate problems.” Good old “medical experts” — speaking with one voice, particularly skilled at diagnosing bigotry by looking at a person’s tonsils, and always on hand to back up a flailing author who is trying to stop presumed idiots from getting the wrong end of the stick. 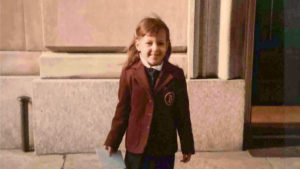 It is true that we live in a time of proliferating misunderstandings and disinformation, and that the internet is largely the culprit. Most interlocutors online are strangers, about which we can tell practically nothing about their credibility or expertise. Authorial intentions are hard to gauge, tone and nuance tend to go missing, and reduced character limits and attention spans make matters worse. But this is all the more reason for broadsheets with large readerships to explore a complete range of viewpoints on controversial matters, relatively unfettered and at length.

And in practice, Guardian readers should be more than able to handle exposure to unorthodox positions, and to make up their minds about them without heavy-handed mental steering. According to its own website, the paper’s audience is skewed towards the social grade of “AB” — i.e. “higher and intermediate managerial, administrative, professional occupations”. Yet at least some of these readers seem not to mind the fact they are frequently treated like foolish children, and even to positively like it. Survey after survey seems to indicate that the paper occupies a uniquely “trusted” position in UK public life. I can only conclude this is because, alongside its editors and journalists, many readers agree with editors that it’s part of the moral mission of the Guardian to avoid inflaming weak-minded people. Though of course, they probably don’t think this applies to themselves.

In 2017, editor Katharine Viner wrote rousingly that one of the core values of the Guardian is “building hope”. In service of this aim, she wrote, “the Guardian will embrace as wide a range of progressive perspectives as possible. We will support policies and ideas, but we will not give uncritical backing to parties or individuals. We will also engage with and publish voices from the right. In an age of tumultuous change, nobody has a monopoly on good ideas.” Despite the overtly moralised aim here, there are still intimations of intellectual openness, at least in theory. Yet in practice, under Viner’s editorship there has been an obvious straitening of perspective, responding to the Left’s growing fear of populism by becoming ever more nannying in outlook, and becoming far too keen to give some readers what they want other readers to hear. When it comes to sowing disinformation, at least by omission the Guardian is now emphatically part of the problem and not part of the solution. Historically so fond of moral missions, it should perhaps get itself a new one, and start trusting readers to be able to think for themselves.