For almost two decades, the biggest show on LBC has been Nick Ferrari at breakfast, followed in the schedule by James O’Brien, the latter playing, according to Miranda Sawyer in The Observer, “Alan Partridge to Ferrari’s Chris Morris”. But the pandemic has changed the way we listen to radio. Audience figures released last week showed that home-working means we’re tuning in later, with breakfast shows no longer the biggest beasts in the broadcasting jungle.

For the first time, O’Brien’s listenership has overtaken Ferrari’s. And for those of us who love phone-in programmes, it’s a symbolic moment in the evolution of the format.

I should acknowledge, incidentally, that it’s terribly unfair to bring up Sawyer’s joke. It dates back to 2006, when O’Brien was still struggling to make the transition from showbiz hack to grown-up broadcaster. In those days, you were as likely to find him interviewing Dick and Dom as Ken Clarke. And he wasn’t above a bit of old-fashioned union-bashing; during a 2007 tube strike, he suggested that Londoners retaliate by boycotting the leader of the RMT: “If Bob Crow turns up at your shop, pub, cafe or minicab firm, don’t serve him.”

His biggest story came in 2009 when he joined in the tabloid baiting of Frank Lampard over his treatment of his ex-girlfriend, only to find the footballer, somewhat enraged, calling in. Lampard gave rather better than he got, though it is possible that he didn’t quite grasp the nature of the phone-in. “Sometimes you should think about things before you speak about them,” he said, which isn’t really how it works.

But O’Brien is more serious than that nowadays. Certainly that’s the view of his bosses. We know this because there’s a simple measure of how a radio station sees its presenters: the calibre of the person chosen to sit in for them when they’re away. In 2004, O’Brien’s cover on Easter Monday was James Hewitt, famous for having committed adultery with Princess Diana; fifteen years later, it was Labour MP Jess Phillips. Much more serious, you see.

The critical moment in his transformation came during the 2014 election campaign for the European Parliament, when he got a chance to interview Nigel Farage, a man he clearly loathed. The Ukip leader had recently remarked that he’d be concerned if a group of Romanian men moved in next door, and O’Brien demanded an explanation. What’s the difference between that situation and a group of German children moving in next door? he asked, and Farage was nonplussed. “You know what the difference is,” he replied, but O’Brien denied any such thing: “I honestly don’t.” How Farage had the last laugh

He did know. Obviously. Everyone listening knew what Farage was nudging towards. A leader column in the Sun spelt it out: “This is racism, pure and simple: Romanians, he is suggesting, are criminals to be feared.” Indeed he was, and he might reasonably have expected the Sun to be onside, given some of its previous headlines: “Our crime wave is good news for Romania”, “Beasts from the East”, “Capital hit by 28,000 Romanian criminals”.

For the purposes of the interview, it didn’t really matter whether Romanian men were more likely to be criminals than were German children. The point was not to explore the issue, but simply to display open hostility to Farage, and maybe even trap him into saying something overtly racist.

The incident followed in the wake of a celebrated television encounter the previous year, when Eddie Mair (now the host of LBC’s drivetime show) said to Boris Johnson: “You’re a nasty bit of work, aren’t you?” And it was equally effective. Just as Johnson’s career wasn’t arrested by Mair’s rudeness, so Farage — despite claims in the Left-wing newspapers that he’d been “hamstrung”, “skewered”, “humiliated” by O’Brien — went on to lead Ukip to a stunning victory in the Euro-elections.

Since then, O’Brien’s stock has continued to rise, largely because he’s very good at his job. He has a range of tones, from sympathy for callers with tales of suffering, through to patronising sarcasm for those who don’t agree with him. Most common is a shrugging, brow-furrowed resignation about the state of the nation. It’s the result, perhaps, of having been on the losing side of every national vote since his run-in with Frank Lampard, and because it’s not possible to sustain three hours of anger every day. “We are where we are” — that’s his world-weary catchphrase. Or alternatively, after he’s run through the charge-sheet yet again on how the country has let itself down: “And that’s why we are where we are.”

He reserves a good deal of his scorn for the “cap-doffing, forelock-tugging” types who aren’t as articulate as him. But he is at least aware of his own humble place in the pantheon of polite society: “When did you realise you were clever?” he fawningly asked the fox-killing, kimono-wearing celebrity tax-lawyer Jolyon Maugham. He often comes across as sanctimonious, superior and smug, of course, but that’s part of the schtick, integral to his appeal. Because while the tone of more-in-sorrow-than-anger piety may irritate some, it provides a self-righteous safety-blanket for others.

He is, in short, a master of the new media world, one in which opinion and tribal values count for more than a pursuit of the truth, the whole truth and nothing but the truth. In the social-media age, he is one of the finest practitioners of Radio Twitter. Instead of it just being the callers who are opinionated, partisan and given to repetition — as always on a phone-in — the host now adopts the same approach.

And consequently he embodies many of the flaws found on social media.

His political analysis is broad-brush, to put it politely. He has told us so often that Boris Johnson is Britain’s Donald Trump, that the two have eventually blurred into one, and a diatribe against the former is invariably laced with references to the latter. Meanwhile, pretty much everything comes back to Brexit in the end, even ball-tampering in cricket. 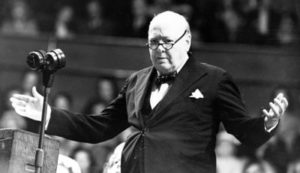 How the culture wars came for history

​​In common with many Twitter users, he likes to use hypotheticals against hypocrisy in a can-you-imagine-if-that-were-a-Labour-MP way. It’s a form of whataboutery that sits on the fence — we seldom learn if the response to X’s comments is correct; only that it’d be different if Y had said that — but it does provide an opportunity to attack the newspapers.

And if there’s one thing guaranteed to rile social media it’s the old media on which it still depends entirely. O’Brien has an animus against the Sun, the Daily Telegraph and, particularly, the Daily Mail — though he is quieter about the Express, where he once edited the paper’s gossip column. His anger can lead him into strange territory: critics of the Leveson Report get dismissed as people “bleating about how the government shouldn’t control the press”.

All of this works equally well from the opposite political position, of course. So although he’s the best at it, O’Brien’s not the only one on this tack. Among his rivals, the most convincing for a while was, ironically, Nigel Farage, who had his own show on LBC for three years and who proved — like George Galloway on TalkSport — to be genuinely interested in having an argument with dissenting callers. (After Farage’s departure in 2020, O’Brien tweeted in triumph: “We got our station back.”)

Others have fallen by the wayside. Katie Hopkins in 2017 and Maajid Nawaz this year both lost their LBC shows for Twitter offences. She called for a “final solution” to the problem of terrorism, while he spoke against the Covid vaccine and railed against the “network of fascists who seek a New World Order”. The latter comment seemed to be straying into conspiracist territory, a sometimes unclear but always present danger on social media.

When fake news was harmless fun

“I don’t do conspiracies,” says O’Brien. “I just don’t.” But he is happy to suggest that democracy is dictated by a small group of press barons — “the non-dom billionaires who installed Boris Johnson in Downing Street” — and even to allude to “the one at the back of the room, pulling all the strings”. Most notoriously, he indulged the patently absurd lies told by Carl “Nick” Beech about VIP paedophile-rings, a conspiracy theory that hurt actual people.

Unless your life was horribly affected by Beech’s fantasies, this is mostly good knockabout fun. But it does lose sight of what used to be the central value of the phone-in show: the way it served as a mass focus-group. O’Brien long since drove away most of those who might not share his views on such subjects as Trump, Johnson, and Brexit, and his show resembles a familiar social media echo chamber.

But there’s no doubt that this is the future of the format in a fractured and partisan world. LBC has decided that the requirement for balance in broadcasting can be made right across the schedule, rather than within any one show, so that each presenter is allowed, indeed encouraged, to be one-sided. This requires a different attitude, which is why O’Brien never really made the grade when presenting Newsnight. It’s also why LBC has — with the exceptions of Eddie Mair and Shelagh Fogarty — not poached presenters from the BBC. If you want the old-fashioned version of the phone-in, where you find out what people are thinking and how public opinion is shifting, then you have to go to the man who was LBC’s number one until last week. Nick Ferrari is just as opinionated — if less predictable in those opinions — yet he allows a far greater diversity among those who get put on air. And he remains courteous to all but the most extreme, giving the impression that he means it when he says, “I want to hear your calls”. But last week’s listening figures suggested a changing of the guard.

Personally, I’m a little saddened by this development, because I do want the old-fashioned version. I’ve been addicted to the phone-in for forty years, ever since I first heard the magnificently irascible Brian Hayes in what is now O’Brien’s slot. But even then there were naysayers.

“The more I hear commercial radio the more repellent I find it,” the comedian Kenneth Williams noted in his diary, back in 1973, the year LBC became Britain’s first legally approved independent radio station. “The din created by the half-baked talking to the half-educated is horrible.”