When Sergei Eisenstein saw Bambi, he was highly impressed. The great Soviet film director, responsible for such world classics as Battleship Potemkin and Alexander Nevsky, pronounced Walt Disney’s fifth feature-length animated film “a shift towards ecstasy“, which represented “the greatness of Disney as the purest example of the application of the method of art in its very purest form”. Disney, said Eisenstein, was on a par with such master creators as DaVinci, Shakespeare and Dostoevsky.

I suspect that not even the biggest Disney superfan would go quite that far today, although Bambi, which premiered 80 years ago, is still held in high regard. And of all his films, Bambi was Walt’s favourite. In 2011, it was added to the Library of Congress’s National Film Registry, alongside Chaplin’s The Kid, Porgy and Bess and The Big Heat. Bambi, in fact, is more than a film: it’s part of our cultural fabric. Like Sherlock Holmes or Superman, you don’t need to engage with the source material to know something about it. Specifically, the crucial plot point: Bambi’s mother dies.

When I was a boy in Scotland, it was impossible to watch a Disney “classic”; they would not be released on home video until I was in high school. As a result, I knew Bambi from clips on the insipid compilation show Disney Time. Bambi was represented by the scene where Thumper pounds his foot on the forest floor; yet still I was aware that Bambi’s mother died. It was in the air, like Kryptonite, or “elementary my dear Watson”.

I was in my thirties and living in Texas by the time I finally saw the film, which I watched with my son, who was three or four at the time. It was obvious from the painterly backdrops and acutely observed movements of the deer that Disney was going for “art”, but when is his mum going to die? I wondered. And then, around halfway through, it happened: having escaped the hunters once already, and endured the harsh winter, Bambi’s mother has finally led her son to a source of food when the baddies return. Mother and son flee, a shot rings out, and Bambi is alone in a world gone silent. A stag appears before him: “Your mother can’t be with you anymore,” it says. Later, the forest burns down.

This was heavy stuff, and not just by Disney standards. I looked at my son, who had become quite upset when the “Heffalump” faced mild peril in a terrible straight-to-DVD Winnie the Pooh sequel. But the Bambi death scene was too subtle; it had gone over his head. This felt like a narrow escape, that I had dodged a conversation I didn’t want to have yet.

It’s not that I was against death in children’s cartoons. Like everyone else, I had seen many animated characters meet their demise, but these were usually “good” deaths, the kind where evil is obliterated: the villain falls into the sea, dies by the sword or plunges into molten lead. Dead parents were not uncommon either; children’s stories teem with orphans, but the parents are almost always long dead before the action begins. Those deaths are backstory; their purpose is to remove protection from the child heroes and so expose them to risk and adventure.

Bambi was different. Most of the film up until the death scene was dedicated to establishing the bond between mother and son; and then when the death came it was starkly materialist in its finality and meaninglessness. It was as if “Uncle” Walt wanted to torture Bambi and, by extension, his audience of little ones. What was he up to?

One clue lies in the source material, which was not aimed at children at all. Bambi, A Life in the Woods, by the Austrian author Felix Salten, provided Disney with the basic structure of the narrative — Bambi’s journey from birth through childhood and adolescence to fatherhood — but also featured scenes of animal-on-animal violence. “Friend Hare”, on whom Thumper is based, loses his son to a murderous pack of crows; a pheasant is torn apart by a fox; Bambi gives another deer such a drubbing that it almost dies. The Nazis banned the novel, regarding it as an allegory for treatment of Jews, but Salter’s actual goal was to articulate the truth about the animal world. This shows through even in Disney’s sanitised version. Unlike all other talking animal cartoons, where the lions, dogs, cats and fish are analogues for people and have human conflicts, Bambi is a poem about animals, and its protagonists live animal lives centered around birth, death, rutting, raising children, finding food and dodging predators. This is why, once Bambi’s mother dies, she is gone forever. Of course, Disney could have bowdlerised that aspect and made a completely insipid film if he had wanted to, but he may have had a personal reason for keeping death at the heart of the narrative. In 1938, the year that Disney bought the rights to Bambi, his mother died after workmen from the studio botched a repair of a leaking gas furnace in the house he had bought his parents.

In fact, it would be another 50 years, long after Disney’s own death, before the studio he founded depicted parental death inside a film again, in The Lion King. This time it was a father, Mufasa, who died, but now all restraint was cast aside: not only did the animators depict him falling, screaming to his death in a stampede, but they also showed the traumatic aftermath as Simba, the hero, first attempts to “wake up” his dead dad before climbing under the corpse’s lifeless paw for one final hug. And yet in a significant way, The Lion King is the softer of the two films. Whereas Bambi lives in a materialist universe where death is final, Simba is equipped with a metaphysical system which holds that dead kings live on in the stars, and he is later addressed by his father, who appears in the clouds, smiling benignly down upon him from the clouds. It’s OK children, he didn’t really die; his spirit lives on.

The success of The Lion King seems to have liberated Disney’s screenwriters to start getting into death. Although films from Disney proper still tended to feature “traditional” cartoon deaths, the studio’s Pixar division greatly expanded the territory, to such an extent that I suspected the studio’s original boss John Lasseter must have mandated at least one death in each film for maximum pathos. In Up, for instance, the hero’s wife suffers a miscarriage, grows old, and then dies. In Inside Out, Joy’s imaginary friend, Bing Bong, disintegrates in front of the audience’s eyes. In Coco, almost everybody is dead, and some face a second death in the afterlife as the living gradually forget them. As for parental death, after waiting so long between Bambi and The Lion King to dip a second toe in those waters, Disney killed off parents inside the story at least three times between 2003 and 2015, in Finding Nemo, Frozen and The Good Dinosaur. 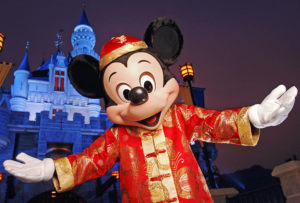 After a while, all the onscreen deaths we were witnessing started to irritate me: Why is this ruthless multibillion-dollar corporate behemoth banging on about death so much? It was as if The Lion King was the Texas Chainsaw Massacre of children’s animation. Just as that latter film had rendered all the old Universal monster movies featuring Dracula and the Mummy quaint, so the spectacle of Simba nuzzling the corpse of his dead dad had desensitised a generation to cartoon death. In particular, the death of a parent was now just a plot point to be got out of the way early in the film; then the fun stuff could start. It felt manipulative and exploitative: no longer shocking, Disney had made death boring.

I didn’t doubt that the filmmakers thought they were helping children by introducing them to the idea of mortality, but my kids already knew about death. I thought it more valuable to encourage them to think about the wiles of large corporations that emotionally manipulate children and their parents in order to sell ever more toys, pyjamas and lunchboxes, and in particular to foster scepticism about Disney and its subsidiaries, intent as they are on flooding the world with a seemingly infinite spill of formulaic pabulum: adolescent power fantasies, pointless sequels, prequels and spinoffs, princess after princess, and endless shitty remakes.

And yet. Bambi — Bambi I still respect. I think it’s the absence at the heart of the film that gives it such power, even after 80 years. Disney knew that the grief over the loss of a parent was too vast and all-encompassing to reduce to a plot point. He could only draw a veil over it and move on.