Political tribes enjoy attacking their opponents. It is what they do. Far less appealing is the idea of applying the same criticism to your own side. No doubt this stems from a desire not to give ammunition to one’s political enemies. Air your dirty ideological linen in public and it’s likely your opponents will draw attention to it.

Still, there are times when a refusal to engage in self-criticism can be a hindrance to your tribe — as both the American Right and Left are now discovering.

Since 2016, the American Left has desperately cut itself off from reality: its unwillingness to concede that Donald Trump won the election precluded the Democrats from being able to consider why their candidate lost. But the American Right is equally capable of deluding itself. In fact, with Biden in the White House, it is now as much a problem for the American Right as it was for the Left during the Trump years.

Absent any self-reflection, political tribes are condemned to return to the same question: what is it about their opponents that makes them so belligerently wrong? This is why Democrats and Republicans responded to the 2016 and 2020 elections in a similar fashion. What on earth was there to dislike about Hillary Clinton? What could possibly be said against the character of Donald Trump?

Sometimes, however, this lack of self-criticism is more profound. Towards the end of last year, I was invited to speak at the National Conservatism Conference in Orlando, Florida. Being, as I told one of the organisers, only about two-thirds in agreement with the conference agenda, I didn’t feel it was my place to give a speech. So instead, I took part in an interesting panel discussion with Dave Rubin, Sohrab Ahmari and the conference’s convenor, Yoram Hazony. 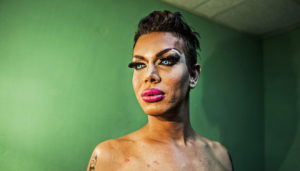 It was a rich discussion, but we passed over too lightly a subject which demands serious focus. At one point during the panel, Dave brought up the popular talk-show host Bill Maher. In recent years, Maher has singled himself out on the American Left for his willingness to criticise the excesses of his own political side, in particular “cancel culture” and the “cult of woke”. Dave suggested that, given how much Maher agrees with conservatives on these points, it is strange that he still identifies with the Left. In other words, why should he not come over and join the merry men of the Right?

There are a number of possible answers to this question. The first, which many conservatives would offer (while no doubt patting themselves on the back), is that Maher somehow lacks the bravery or courage needed to commit such an act of apostasy. He may have moved Rightwards, but he is not willing to concede as much.

The second answer, which I imagine Maher himself might offer, is that he hasn’t left the Left — the Left has left him. He has stayed precisely where he was, and remains as true to his principles as ever. There is, perhaps, some truth here. But this still fails to address the key question: why, in the face of the current Leftist orthodoxies, are so many on the traditional Left reluctant to admit they now have more in common with the Right?

After all, previous generations of American public figures had no problem with making a move from Left to Right and admitting as much. Both Irving Kristol and Norman Podhoretz flirted with Marxism before coming out for conservatism. British public life is also peppered with individuals who made similar journeys without any embarrassment: Malcolm Muggeridge, Paul Johnson and Kingsley Amis, to name but three.

Yet in America today, such apostasy is almost unheard of. There have been semi-regular defections from the Right, especially during the Trump era, when people such as Max Boot broke publicly with their own side to support a Democrat president. But there is a glaring absence of any movement in the opposite direction.

Bill Maher, Bari Weiss and a slew of other liberals who have fallen out with their own tribe have chosen not to identify as conservative. And that should be a cause for concern. Rather than ignoring this trend, conservatives need to ask themselves: what is it about the Right that is so unappealing that people who agree almost entirely with its views resile from joining its ranks? 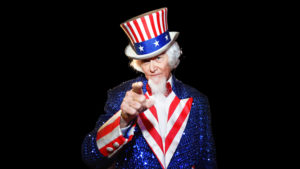 The Tories can learn from the American Right

As it happens, I suspect the one of the answers to this question can be found in one of the speeches given at the National Conservatism conference. During his talk, the distinguished conservative scholar Patrick Deneen offered — and I do not say this to do him any injustice — a lament for the Fifties; for the change in people’s habits of dress, manners and sexual etiquette. I listened to all of this with great interest and considerable disagreement. But as I did so, I could not help thinking that here in a nutshell was the main reason why disenchanted liberals like Maher would never in a million years join the American Right.

All political and social movements have their own oddities and obsessions. Many of the obsessions of the American Right, however, are too illiberal to possibly win over anyone but that type of person who jumps political sides, boots and all, because they favour the political certainty of its all-encompassing ideological home. Why won’t thoughtful ex-liberals consider joining the Right? Well, perhaps it has something to do with the type of conservative they’d be associated with.

What liberal or former liberal would want to find themselves in an ideological movement in which opposition to the right to abortion, opposition to no-fault divorce, and a nostalgia for the era before the invention of the pill are commonplace? This isn’t to say that the conservative movement in America should not make these arguments. They can make them as much as they want. But they can hardly be surprised if others outside of their flock refuse to join them as a consequence.

At the heart of this lies a centuries-old tension in America between the worlds of politics and religion. It was always said that the genius of keeping religion in the background during the founding of America was that it allowed it to flourish in the foreground later on. By contrast, the centrality of the established church in England almost guarantees the obscurity of religion’s place in public life.

And yet in America, the desire on the Right to mix religion and politics remains a significant temptation. The National Conservatism conference was filled with a disproportionate amount of Catholic social doctrine, and it is not the first time I have observed this encroachment. Most gatherings of conservative intellectuals fracture along this same line. The Vanenburg meetings fell into this problem at the start of the last decade. And I was once at a meeting of conservatives on the continent where, on several occasions, an American participant gleefully referred to gay couples as being in “sodomitical relationships”. Should we be surprised that so many liberals instinctively revile conservatism?

All of which is to say that this overlap between politics and religion remains a special type of kryptonite to any separation-of-church-and-state liberal. And that would be a subject of niche interest were it not also for the fact that it is electorally disastrous for the American Right, however enjoyable it may be as a religious or intellectual enterprise.

The rise of Rittenhouse Republicans

As many as three in ten American adults are now religiously non-affiliated; fewer than half of Americans belong to a religious congregation. In such a world, the idea that a conservative movement can succeed while being intrinsically tied to religion — let alone one particular denomination — is a steer into the political wilderness.

After all, why would people who share 95% of your political attitudes not wish to join you? More often than not, the answer is not because of any lack of fortitude, but because of that 5% of beliefs you had hoped they might overlook.

Perhaps that small portion of ideas is worth fighting for; perhaps even to the extent that it’s worth alienating would-be conservatives. But these are questions the Right needs to answer, rather than blaming liberals for pointing them out.