For just over a month, America’s first Spanish-language conservative radio station has been trying to win over the country’s most-talked about political demographic: increasingly right-leaning Hispanics. It couldn’t have launched at a better time.

When asked about the inspiration behind Americano last month, two weeks after its first broadcast, CEO Ivan Garcia-Hidalgo cited the 2016 election, in which Trump made massive, surprising gains with Hispanics. Recent polling suggests that the rightward drift of the demographic, on which Trump capitalised, has continued since then. There is a growing audience of conservative Hispanics, Garcia-Hidalgo points out — and what they, and America, needed was a “Fox News in Spanish”.

The first evidence of this political shift was met with incredulity by both Left and Right. But those of us on the ground had known for some time that Hispanic-Americans were turning to the Republican Party in unprecedented numbers. In my working-class Miami neighbourhood, I consistently encountered enthusiastic Trumpists. Sure, Trump was always going to attract traditionally Right-leaning Cuban-Americans, but the fervour — and the youth — of his fanatics back in 2015 and 2016 hinted at the beginnings of a new political realignment. Trump’s unorthodox style and abrasive anti-elitist rhetoric had connected with working-class Hispanics. Friends and family who were previously apolitical or tepid independents with centrist leanings had surprisingly hopped on the Trump train.

Trump may be on the fringes again, but in 2020 he gained even more support among working-class Hispanics than he had in 2016. This was a result not purely of his own qualities: since his election, the Democratic Party had alienated another Hispanic demographic. The BLM riots of 2020 were incisive: after the fire and smoke had cleared, polling showed that Hispanics, traditionally law and order types, were against the protests and strongly rejected the Black Lives Matter organisation. At the same time, Democrats were demanding that regular Americans kneel at the altar of the new social justice religion. Many Hispanic-Americans who had previously considered themselves centrist Democrats were repelled.

They might previously have been turned off by Trump’s inflammatory language; now, they were even more turned off by the actual flames destroying American cities under the guise of wokeness. They might not have been Trump supporters in 2016, but they certainly had a rabid Trumpist tio or abuelo who was now pointing at the fires and looters and saying: “See, Trump was right. Democrats want to destroy America.” Hispanics didn’t wake up en masse, but the Right-wing shift became a phenomenon that wasn’t strictly driven by Hispanic Trump supporters.

According to Garcia-Hidalgo, “the only way to save America is with the Hispanic vote” — a  sly rhetorical move that subscribes his new network to the Trumpian view that America is under attack, while positioning patriotic Hispanics as the antidote. Garcia-Hidalgo understands that conservative Hispanics, even if they still have strong ties to their homelands, essentially identify as Americans above all else. Trump understood this, too, which is why some of his more “problematic” language directed at Hispanics — the “bad hombres” rhetoric — didn’t hurt his chances with the demographic. After all, conservative Hispanics, along with the white working-class, are the last group that is unironically patriotic. 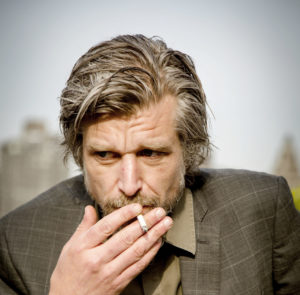 Trump understood the power of culture war as a binding agent. While the Democrats’ socialism-tinged rhetoric became blatantly anti-American, he continued to offer an unabashedly pro-America shtick. Since many Hispanics have ties to failed socialist countries, their American dream is a simple one: they want to work hard, make some money, and be left alone in their free time. This sentiment is perhaps the greatest tenet of classic Americanism. Hispanics do not believe that the nation is illegitimate, undermined by “whiteness” or “cis heteronormativity”, or in need of a radical restructure.

The summer of 2020 may have solidified the Trump-triggered Hispanic rightward shift, but the Democratic response to the pandemic ensured its short-term viability. According to blue-state governors, it was okay to get fresh air only if you were marching for a liberal cause or torching a small business. After the riots subsided, schools remained closed, as did the small businesses left standing after the summer of BLM. All the while, Democrats elevated disconnected bureaucrats like Anthony Fauci to deity-status and robbed the little man of all agency. Working-class Hispanics, of course, were still carrying out their essential jobs throughout the entirety of the pandemic, connected to the physical reality that the laptop class had had the luxury of abandoning.

Still, now that lockdowns and mask mandates are subsiding, will the Republican’s Hispanic gains last? Outside of Trump — and Florida Governor Ron DeSantis — no politician on the Right knows how to communicate effectively with Hispanics, which is why the long-term rightward shift is anything but a guarantee. Garcia-Hidalgo understands this reality, which is probably why he announced, on the Americano show “La Politica,” that presenter Maria Herrera Mellado will be interviewing Trump today.

Of course, the success of Americano isn’t tied to Trump, per say, and nor is the growing conservatism of Hispanics. Even if Trump doesn’t run again in 2024, there’s no doubt that a Trumpian “America first” sensibility plays well with Hispanics and must hold a significant role in any outlet — or movement — if the rightward shift is to continue. Have the Republicans gone too far?

The best way for the Republicans to sustain the rightward shift is to consolidate a fragmented Hispanic demographic. The same goes for Americano. Conservative Hispanics are accustomed to regional outlets catering to mostly localised obsessions: prior to the network’s inception, the Spanish-language news options available to them were regional outlets, like Miami’s Radio Mambi. These stations cultivate their audiences for decades, through a fine-tuned understanding of what their listeners’ desire, resulting in a family-like ecosystem in which listeners and commentators build decades-long relationships. They don’t individually pull in massive numbers, but overall listenership is in the millions.

It’s tempting for a network, or a Republican politician, based in Miami to focus on the concerns of Cuban-Americans — they, and the Mexican-Americans along the Rio Grande Valley, are the two Hispanic demographics usually cited when pundits speak of the rightward shift. But if the Right strictly focuses its efforts on the interests of these groups — which sometimes, but not always, dovetail — their rhetoric will be far too insular to reach a broad-based Hispanic coalition.

In my recent listens to Americano’s programming, it’s clear that the station is in Miami, but not of Miami, which bodes well for its future prospects. Instead of placing too much emphasis on a single Hispanic group, Americano is melding “America first” Trumpian Republicanism with the socially conservative elements that have traditionally appealed to disparate Hispanic demographics. For instance, on the night I caught the 8pm show “Entre Nosotras”, the three female presenters were joined by a former officer from the Phoenix PD to discuss the border crisis and the attendant drug scourge precipitated by President Biden’s porous border policy, which is causing a “domestic war”. The Trump-like takes on immigration — which are very popular with Hispanics — and the machinegun-like, emotionally charged delivery of the presenters will appeal to old-school talk radio veterans. It’s worth noting, too, that many of the network’s stars — including the presenter who will interview Trump — are strong women, which highlights the savviness of the management. Recent polling has shown that Hispanic women have shifted to the Right more than any other demographic; a show that foregrounds educated Latinas is likely to be a hit. It’s also as fine a way as any to make a splash and draw in younger Hispanics, which will be the key to expanding the rightward shift and the station’s reach; younger Hispanics are still skewing progressive.

Meanwhile, Americano’s other programming, including the first show of the day, “Amanecer Con Dios” (Waking up with God), which is hosted by a priest, and “Sabor Caribeno,” which focuses on Dominican and Puerto Rican issues, speaks to a network attempting to attract disparate Hispanic elements.

The Trump campaign was likewise able to bring together the fragmented Right-wing Hispanic coalition. What’s most impressive is that the shift occurred without the help of major networks, which often serve as messaging apparatuses for the parties. In the lead up to 2020, the Trump campaign blitzed South Florida, the Texas Rio Grande Valley, and other Hispanic-heavy areas with targeted ads painting Democrats as light on crime socialists hellbent on reshaping America. But its project certainly would’ve been easier if a national Spanish-language network existed, which is why Americano’s appearance on the scene is such an interesting development. Whether or not it succeeds will reveal whether Trumpism can hold onto Hispanic voters who feel themselves drifting to the Right.

The Republican Party, then, should be watching the network’s fortunes closely. Even if Trump doesn’t run in 2024, his brand of Republicanism is so popular with Hispanics that it will play a crucial part in the election. Meanwhile, the budding Spanish-language media ecosystem can provide an insight into what the ascendant Hispanic-American conservative coalition desires — an insight the Democrats might benefit from, too.