The Romans loved their Saturnalia. For one week, every year, social customs were overturned in the spirit of carnival: gambling was permitted and slaves were treated as kings. The literary critic Northrop Frye was fascinated by this festival, and saw its potential to set off social revolution. In his 1957 book, The Anatomy of Criticism, he argued that Shakespearean comedy is typically characterised by a three-part formula: the “old world” of authority and conformism gives way to the “green world” of saturnalian ebullience and energy before the “new world” emerges. Elements of the old world and the saturnalian world synthesise, to produce a new social order.

Many of the protests in the summer after the death of George Floyd looked like festivals; people swayed as they sang. And at a time when actual festivals were banned, the events possessed an especially transgressive allure. We were breaking out of a recently organised old world of restrictions into a new one where the cause of racial justice transcended the obligations of social distancing.

The rules, the protestors affirmed, should not apply to them. In the first month after the murder, over 14,000 American protestors were arrested. In Washington DC, cars were burned down and bathroom stalls were spray painted with the “Amerikkka”. A fire was lit in the nursery of the parish house of a church called St John’s Episcopal Church, which is known as the “church of the presidents”, because every American president has attended it at least once since it was built in 1816.

But the nature of the protests constituted a break at a deeper level too, a new paradigm shift in racial thinking, both in America and across the rest of the world. There were protests in over 60 countries and all continents — including Antarctica. Now, racial justice is a matter of reflexive urgency; there’s no time to consider national or cultural context. Many expressions of anti-racism look like religious revivalism, any analysis of the complex realities of black people obscured by penance and sanctimony. 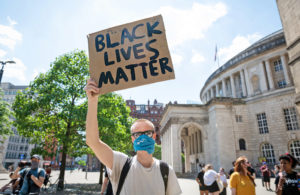 The basic outline of what happened on the evening of May 25, 2020 was reported in every major newspaper on the planet. A middle-aged black man called George Floyd was choked to death in Minnesota by a police officer named Derek Chauvin, because Floyd was suspected of using fake money to buy cigarettes. His Name Is George Floyd, a new book by Washington Post journalists Robert Samuels and Toluse Olorunnipa, substantiates this outline with a glut of information. It is a detailed investigation into the life of Floyd, the nature and context of his murder, and the impact of his death on wider American society.

The authors conducted over 400 interviews for the book. They interviewed Floyd’s siblings, aunts, uncles, cousins, nieces, lovers and friends. We get a solid picture of the man. We also learn a lot about Floyd’s ancestors — who they were, what they did, and where they fit within the narrative of America’s vexed racial history.

But there is very little in the book on the global impact of Floyd’s death. The authors do not have a lot of interest in the wider world, nor do they seem to have a great understanding of it. In one historical passage, for instance, they write that Scotland was a country that was dominated by “the British”. Colonies always know more about the metropole than the metropole knows about the colonies; faced with such American ignorance, it’s easy to conclude that the former colony has become the coloniser.

Culture changed so rapidly in America in the wake of that summer of protests, and we in Britain soon followed suit. Many American publications, for instance, started to capitalise the b in black —  including the New York Times, Washington Post and the Associated Press. Many British publications swiftly did the same: the b in black is now capitalised in the London Review of Books, for example, and the Times Literary Supplement. It’s become de rigueur so rapidly in British publishing that, when I submitted a proposal for my book, about the way American race discourse influences Britain, in 2021, I had to explain why I didn’t capitalise the word black.

Lori Tharps makes the case for capitalising black: “Black with a capital ‘B’”, she writes, “refers to a group of people whose ancestors were born in Africa, were brought to the United States against their will, spilled their blood, sweat and tears to build this nation into a world power and along the way managed to create glorious works of art, passionate music, scientific discoveries, a marvelous cuisine, and untold literary masterpieces. When a copyeditor deletes the capital “B”, they are in effect deleting the history and contributions of my people.” Unlike Tharps, though, I am not American.

My ancestors were not brought against their will to the country where I’m currently living. In fact, most black British people are now black Africans, which means recent immigrants, or the children of immigrants, from independent African nations. The particular historical relationship between the transatlantic slave trade and black Americans does not neatly apply to the contemporary black British population. Pretending that it does would be to deny the history of my people, to borrow the argot of Tharps. Black people in Britain are essentially immigrant communities — the average black American, by contrast, can trace his ancestry further back than the average white American.

But in the aftermath of Floyd’s death, the catch-all framework of “Black Lives Matter” was imported to every corner of the planet, even though race relations are not the same throughout the world. They are instead mediated by a country’s unique history and culture. Now as then, insufficient attention is paid to the different contexts of the black people who do not live in America; we are simply put in the mould of black Americans.

It was bizarre, watching the majority of liberal democracies use the example of America to make sense of race in their own countries. People on the streets of central London were screaming “hands up don’t shoot”. British university students were passionately denouncing discrimination against BIPOC people — black, indigenous people of colour — without recognising that speaking for the interests of indigenous people in Britain makes one sound more like Nick Griffin than 20-year-old Molly studying History at Bristol University.

Robin DiAngelo’s book White Fragility and Ibram X. Kendi’s How To Be an Anti-Racist monopolised the nonfiction bestseller’s charts in Europe for many months. And this trickled down to social media. Instagram listicles stipulated you needed to read those books if you wanted to understand the condition of black people. Not black American people (though these books are not even useful for that) but black people in toto. 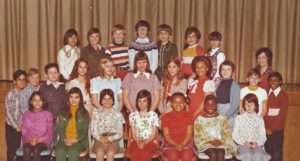 And, while the liberal democracies were committing penance, countries with distinctively worse human rights records swooped in like hungry vultures. The supreme leader of Iran, Ali Khamenei, said dark-skinned people face the prospect of being killed “within minutes” whenever they walk down the streets of America. The Russian Foreign Ministry condemned America’s human rights abuses.

Another patron saint of anti-racism, Layla Saad, was born and raised in Britain and now lives in Qatar. She has never lived in America in her life. Yet her book, Me and White Supremacy, is explicitly targeted at an American audience, and reached number five in the New York Times bestseller list in the summer of 2020. There is no mention in the book that she lives in a country that imports slave labour; there is a lot about the devastating toxicity of microaggressions. Although she doesn’t live in America, Saad lives on the internet (she has 650k followers on Instagram) and being on the anglophone internet is like inhabiting a terrain utterly dominated by America. The Atlantic writer Helen Lewis compared it to being in a room with a giant rhinoceros.

What is lost in all of this is the specific circumstance of Floyd’s death — aggressive policing, economic deprivation, the fraught relationship between black American communities and the police, drug dependency, and America’s war on drugs. And herein lies the value of His Name is George Floyd.

Samuels and Olorunnipa tell us that George Perry Floyd Jr — known simply as Perry to his family and friends — was born in October 1973 in Fayetteville, North Carolina, to George Floyd Sr and Cissy Floyd, two people who wanted to make it as singers. North Carolina was their native state, but Floyd Jr grew up in the Third Ward of Houston, Texas, a poor and largely black area. He attended schools that were racially segregated and underfunded. His high school, Jack Yates Senior High School, has a student population that is 90% black and 10% Hispanic. This kind of education and upbringing is inconceivable for a black British person.

As a kid and teenager, Floyd wanted to be a rap star, a pro football player, and a supreme court justice. His life turned out very differently. He was arrested more than 20 times in his life by the police, often for dealing drugs, and he spent almost a third of his adult life in jail. He suffered from high blood pressure, anxiety, depression and drug addiction.

He moved to Minneapolis from Texas in 2014. A year earlier, he had been released after serving four years in prison for aggravated robbery with a weapon, a charge he personally denied but nevertheless accepted as part of a plea bargain for a reduced sentence. In Minnesota, he wanted a reset in his life. He worked variously as a security guard at a nightclub and as a truck driver. But he lost those jobs during the 2020 Covid pandemic.

You cannot show genuine respect to a group of people if you do not acknowledge their context — their origins, their distinctive lives, the communities and cultures they inhabit, who they are rather than what they represent. Expressing solidarity to communities victimised by racism is a good thing. But the global conversation about race went past the expression of solidarity after the death of George Floyd. And this heightened pitch is reflected in Britain to the detriment of black people, as we lose sight of the fact that they are not all the same — which of course should be the very first insight of anti-racism.