I never imagined I’d feel profound grief at the passing of a public figure.

At those points in my life where someone close to me has died, the hours and days afterward felt heightened, timeless and liminal: as though the world has grown thin, and unimaginable truths or possibilities might hover just out of sight. When that mood governs your every waking moment, and that of others too, going about the ordinary business of living feels absurd.

Why would I go to Tesco and buy butter, when death walks abroad? Why would I hang the washing out, when someone who mattered so much is gone? And she did matter that much. Her Majesty Queen Elizabeth’s death is a shattering event, infinitely beyond those who knew her as mother, grandmother, great-grandmother or friend.

In her single person, and in her dedication to a selfless life of public service, our late Queen embodied continuity across nearly a century of seismic change. She sailed serenely through the dismantling of the British Empire, accepting without demur its transmutation to a “Commonwealth” and her role as figurehead of that entity.

In this way, more than any other single individual, she both guided and personified Britain’s transition from the most sprawling empire in history to… whatever it is we are now. In her calm and stalwart presence, Great Britain managed to act as though nothing had really changed, or if it had it was all for the best.  We could ignore the fading carpets, and the Russian oligarchs buying up grand country estates. We could ignore the ugly buildings where beautiful ones used to stand. We could ignore our apparent inability to build new infrastructure, or to agree over whether or how to defend our borders, or what our history means.

With our Queen still soldiering on, at some level it all felt like the same big story, and we could argue in relative emotional safety about what the next century of “Modern Britain” might be. A great global soft power? A hub of financial corruption? A geopolitical has-been juggling the demands of European and American empires? A great nation dormant and ready to rise again? However you answer that question, we could put off coming to any firm conclusion, as long as she was there to hold it all together.

Now she’s gone. And once the interval of grief passes and the world stops feeling thin, we’ll all still be here. Life will have to go on. And that means we can’t put off answering the questions that have been lurking below the surface on which our Queen sailed so serenely. What happens next? Who will lead us? And, more importantly, how?

No doubt alongside the inevitable ghouls loudly rejoicing for the hate-clicks, we’ll hear renewed calls from the ever-present (and, to date, mercifully unpopular) republicans, to dispense with the monarchy in favour of something more “democratic”. This is an irony given that the very presence of a constitutional monarch has served, for some 334 years, as our guarantor of democracy: the autocratic grit in the democratic oyster. That, at least, is what I wrote after seeing the quiet dignity with which the Queen sat alone at her husband’s funeral, carefully following pandemic-era rules on social distancing.

It was Victoria and Albert who first embraced monarchy as a form of moral leadership, pioneering the sober stoicism we’ve come to associate with our Queen. But it has been Elizabeth who most fully embraced that duty, and led by example – as at Prince Philip’s funeral. In her reign, this symbolic monarchy has taken on ever more intense meaning: for if Victoria still wielded a measure of direct power, as Empress of an immense territory, so the Queen’s moral leadership seemed to become more important, and weighty, as that territory evaporated.

The result has, for those who still treasure that grain of autocratic sand in the English democratic oyster, a sense that it really isn’t just about her office, as Queen, but also about her. Can anyone else fill those shoes, and represent the Crown in Parliament now she’s gone? Even staunch anti-monarchists of my acquaintance are talking of the gap she leaves behind. There’s no one left now to connect us, as a nation, to the age when we still seemed able to get things done.

But we should perhaps worry less about the Crown in Parliament, than Parliament itself. For if our Queen served selflessly for more than 70 years as guarantor of this form of democracy, today that settlement feels threadbare too. The stories pile up: notoriously, for example, as our Queen sat alone in her pew, mourning Prince Philip, we now know No 10 staffers were throwing parties. A relatively minor blip in our ever more dyspeptic news cycles, but it dealt another blow to our collective faith, such as it was, in the fitness of our elected leaders — a failure that stood out with especial clarity when contrasted with our Queen’s calm stoicism and commitment to duty.

But the stories are everywhere. It’s not just that news items relish in painting our ruling class as  venal, mendacious, incompetent, ignorant, nepotistic, or just hopelessly detached from everyday life in the country. Faith in our democratic institutions has been waning for some time. Voter cynicism is not new. But scepticism toward the democratic process is getting worse. Our loss of faith in the very form of our government is chipping away at trust in the electoral process, and this is happening across the political spectrum. 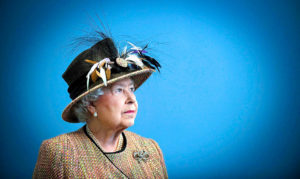 A growing proportion of politics seems to happen somewhere other than in the democratic process; the youth are growing more authoritarian; I worry that for profound structural reasons, we’re no longer forming the kind of citizens for whom that type of government was self-evidently the best. And as that becomes clearer, it’s my suspicion that so, too, will it become clearer that inasmuch as we still live in a democracy at all, it’s no longer one that functions in anything like the fashion first made possible by the events of 1688. And that we can’t go back.

We’re staring now into an incalculably vast void, left behind by the longest-serving monarch in our history. She dedicated her life to serving as the anchor for a liberal democracy. I don’t think I’m alone in feeling that more is passing with her death than an unimpeachable life spent in public service. She held in place an entire order. She stood throughout a convulsive century, as our shield against far greater and darker convulsions. And with the passing of our last anchor to a bygone Britain, her successor will need to find his own way to help the current one flourish.

What kind of leadership will her son be called upon to provide? There will be those who would see that role diminished further, or eliminated altogether. This is a mistake. For if I’m right, we are effectively already under unaccountable technocratic rule. And this is here to stay: the modern world is so complex that we’re likely stuck with at least some technocrats.

And if this is true, the critical factor isn’t electoral politics but the moral fibre, public ethic and aesthetic outlook of whoever is set over all. If we must have unaccountable rule, it should be by someone with as few vested interests as our late Queen, as great a concern for honour, order, beauty, and the natural world, and as deep a respect for leaving things as they are unless there’s a compelling reason for change.

And on that front, I’ll take the man who built Poundbury, over either a faceless swarm of bureaucrats or indeed the woman who can look around three decades of smoking post-Thatcherite rubble and still insist the answer to everything is simply “freedom, low taxes and personal responsibility”.

Let there be no effort to weaken the monarchy still further, by re-running the Glorious Revolution. Far better to do the decent thing and reverse it. God Save the King.