I was last asked the question three weeks ago at a panel discussion on crime fiction. The time before that, it was in a written Q&A for a literary magazine. I no longer remember the first time I heard it; it gets asked so often that I now have not just one but several variations of an answer ready to go. At crime writing conferences or book talks, it’s not a question of if, but when.

“When you’re writing a story with violence in it, how do you balance the need to entertain an audience against your responsibility to depict the violence sensitively?”

That this question is, itself, question-begging, is never discussed. It is simply a foregone conclusion that the responsibility exists, born of an ubiquitous sense among writers and readers that exploring the dark underbelly of humanity — even through the medium of fiction — is fraught in a way that requires some sort of reckoning. Even those who would grudgingly admit that the depiction of fictional crime on a page has little to do with its real-life counterpart — that the killers and rapists and thieves among us are probably not perusing the local bookstore in search of inspiration — will nevertheless insist that crime novelists are accountable in some nebulous, moral sense. If you write about murder, or assault, or kidnapping, or armed robbery, you must be at pains to treat them with the proper respect — or at least, you need to be seen as such, lest someone think you are not only exploiting these things for their entertainment value, but also that you perhaps secretly enjoy them.

Exactly how to do this is an enigma unto itself. The thrillers and mysteries that make up the world of crime fiction often follow a formula. Countless books have been written about how to construct one, to pace your red herrings and twists and reveals so that the reader remains fascinated, compelled to keep turning the page. But there is no such rulebook for how to plumb the depths of human depravity without crossing the line between a respectful depiction and a lurid one, nor can anyone tell you precisely where that line is (even those who are happy to criticise you for falling on the wrong side of it). Every attempt to sketch these boundaries is a failure, and this is perhaps never more true than when attempted by the writers themselves.

“How do we ethically portray violence in crime fiction?” asked veteran author Don Winslow in TIME magazine in April 2022. If anyone should know the answer it’s Winslow, who has written his fair share of crime novels. And yet the conclusion he reaches, after nearly 1,500 meandering words, is that he doesn’t and cannot know. Far from establishing guideposts for fellow writers or discovering the ethical sweet spot between bloodless cosy mysteries and graphic accounts of bodies ripped apart by gunfire, the writing of this piece accomplishes one thing and one thing only: it demonstrates to the world that Don Winslow Has Really Thought About This.

Whatever one thinks of the term “virtue signalling” (I’m not a fan), it’s hard to see essays like this as anything but a cursory advertisement of the author’s moral bona fides. Having demonstrated them — maybe of his own volition, maybe at the behest of a nervous publicist — he will surely go on to write whatever he would have written anyway. 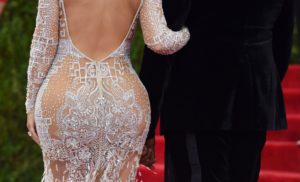 This is, of course, what all novelists do, whether we’ve been permitted the benefit of an ass-covering TIME essay or not. Keeping the sensibilities of some hypothetical reader in mind is simply not possible when constructing a work of fiction — partly because it’s creatively paralysing, but perhaps more because every reader has different sensibilities, and predicting what will set any one person off is impossible. (I received dozens of angry messages about the death of a cat in my last novel, while the severed human nose someone pulls out of a garbage disposal ten chapters earlier provoked not a single objection.)

But the more interesting question is why the ass-covering is required at all, and here the notion of responsibility in depicting violence on the page dovetails perfectly with the present-day obsession with authenticity in literature, asking what we owe to the real-life victims of the real-life horrors for which we write fictional counterparts. I was once chatting with a fellow author who was working on a novel about a mass shooting; she had sent sample pages to an agent, only to be floored when the agent asked if she had run her story past a sensitivity reader — a person who, by definition, would have to have survived a mass shooting in order to offer critique.

“Imagine approaching someone who’s been through that and asking them to relive the worst experience of their life, just so I can describe the sound it makes when a body hits the floor,” she said. What she didn’t say, but was understood, was the obscenity underlying the agent’s question. Far from stigmatising the writer’s imagination, we should understand it as something to be celebrated: among other things, it saves those of us who write fiction from retraumatising people who have been through the unspeakable, people who hardly need dramatised accounts of a horror they know firsthand. Is the resulting story less authentic? Maybe, at least by some definitions of the word — though if the reader is lucky, they’ll never have to find out.

Why can’t the West do yoga?

But also, crucially, the multitudes which human beings contain means that imagined and authentic need not be mutually exclusive. One thinks of Stephen Crane’s The Red Badge of Courage, such a fully rendered depiction of the Civil War that many actual veterans were gobsmacked to learn that the author had never himself been in battle. The most remarkable thing about this is not that a man could imagine himself into a textured, visceral rendering of something he hadn’t lived, but that we have somehow since come to the conclusion that doing so is a bad thing.

And then, there’s the question of the role of women in all this. Jokes about the overwhelmingly female audience for crime fiction and true crime alike bump up against the reality that women are also producing this content. The expectation that a writer should agonise over every fictional act of violence, fretting over the hypothetical offence it might cause — is it too lurid or too aloof? Too sanitised, or too graphic? — seems not just unrealistic but profoundly gendered, the product of a broader conviction that women must, whatever they are doing, maintain a baseline level of concern about other people’s feelings. The trope of women as nurturers dies hard, even (or perhaps especially) when the woman in question is writing about the discovery of a partially dismembered rat-bitten corpse in a trash can. If men want to write or read about rats nibbling on a severed human head, well, this is to be expected. But if women want the same, a story inevitably springs forth about why they want it for noble reasons: the rat is a metaphor for the vulnerability women experience in a misogynistic world, and so on. That women are full and complex human beings who take the same dark pleasure as anyone in stories designed to disgust or titillate or terrify us is, apparently, too real.

Essentially, the quest to control the depiction of violence in works of fiction — or to demand that authors flagellate themselves over it — seems to centre on the uncomfortable fact that the stuff of real-life tragedy is also the stuff of compelling drama, and that the line which separates entertainment from trauma is not just blurred but entirely subjective. What delineates one from the other is not in how the author chooses to describe it; it’s whether the trauma in question is happening to someone else. And while murder is one of these traumas, it is hardly the only one. The list of things we love to read about yet don’t want to live through includes affairs, betrayals, breakups, and estrangements; deaths and disasters; broken hearts and broken bones. One person’s action-packed man-vs-nature survival story is another’s utter devastation as they sift through the wreckage of their tornado-flattened home. One person’s exciting forensic thriller is another’s spouse, parent, or child lying cold and in pieces on an autopsy table.

Novelists capture these moments not for those who have lived through them but those who haven’t, trapping them in a medium through which we can examine murder, tragedy and terror, and experience an emotional response to them. It is like viewing a solar eclipse through a shadow box: the sun you’re seeing isn’t exactly real, but you can consider that little sliver of light for as long as you like without burning your eyes.