About a decade ago, when I worked for the American Enterprise Institute (AEI), I had to force myself to go to lunch with a friend. I dreaded the meeting because I knew that she was going to try to convince me to leave my job. AEI is a pro-business, conservative-leaning think tank in Washington, DC. My friend was an enthusiastic liberal.

After I had run out of excuses, the day arrived and, predictably, after a few minutes of the usual small talk, my friend launched into a tirade about the Iraq War, which several of my colleagues strongly supported.

“You don’t belong there, Ayaan,” she said.

I remember trying to steer the conversation on to actual policies. I had voted for supporting the American coalition in Iraq when I was a Member of Parliament in The Netherlands — and I started to explain why.

But she wasn’t interested in a rational discussion. She interrupted me mid-sentence, launching into a monologue about John Bolton, the former Ambassador to the United Nations and a fellow at AEI (and subsequently National Security Advisor to President Trump). Bolton, my friend insisted, was a loathsome, hateful, racist, neo-conservative warmonger. The list went on and on until eventually she said that he looked like a walrus with a moustache. You could tell by his physiognomy, she explained, that he was a psychopath.

“But what about the policies?” I responded, trying to redirect the conversation away from personalities. The more she spoke, the more I recognised her broad disposition as something I had experienced earlier in my life. Her attitude was almost entirely tribal. Two things, in particular, stood out: an almost blind hatred of a particular group (Republicans); and secondly, the use of deeply personal attacks on individual researchers to justify that hatred. Today, ten years later, this attitude seems to be the prevailing norm. Numerous studies support the hypothesis that American life — not just politics, but life in general — has become deeply polarised. The deeply divided society we now live in increasingly reminds me of clan or tribal behaviour in Africa.

In Somalia, where I was born, my mother was blindly loyal to our clan. So much so that, apparently, she claimed she could detect the malicious intentions of an individual from a different clan just by the structure of his forehead. She would, for example, often warn my father that someone was trying to take advantage of him, purely by the way he frowned.

In Culture and Conflict in the Middle East, anthropologist Philip Carl Salzman recounts meeting tribesmen in Baluchistan. What, they had asked Salzman, would he do if he faced a real danger in his home country? Well, Salzman replied, he would call the police. The tribesmen roared with laughter, then looked at him pityingly: “Oh no, no, no, they said: only your ‘lineage mates’ will help you.”

In tribal communities, neutral institutions of civil society that Westerners take for granted — such as the police, impartial courts, and the rule of law — simply do not, and cannot, exist. In such societies, everything is tribalised, and the task of building civic institutions is laden with difficulties.

In Somalia, I was taught to be suspicious of anyone from a different clan, to always think harm was coming my way and to be guarded against anyone that was “other.” I come from the Darod clan, and was taught to constantly listen to accents, examine face shapes and overanalyse all non-verbal cues, searching for any indications of a different tribe. I can still identify a Somali (and usually their clan) from across a room.

We were captives of an echo chamber, hearing constantly of the evils of the neighbouring Hawiye clan. We were taught from a young age that the Hawiye were coming to rape, rob, and destroy us. In response, we amassed weapons, hoarded food and exhorted young men (as young as 12) to join the military. The looming threat of the Hawiye was so great that my mother eventually sent my sister and me abroad. 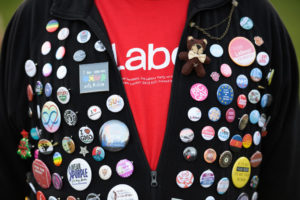 The dangerous pull of political tribalism

In the end, because of such protracted tribal tensions, Somalia collapsed into civil war. Every attempt at mediation proved incapable of handling the deep-seated mistrust and hatred that accumulated by each clan over the years; tribal elders, reluctant to compromise, could not de-escalate the situation. With such high levels of distrust, the conflict spiralled into bloodshed.

While such violence is yet to seize America, all the tribalist ingredients are present. There is a blind commitment to one party or the other; emotions are running high; there is a lack of trust in civic institutions. If such tribalism isn’t overcome, it’s only a matter of time before the situation escalates.

Some of this has its absurd side: for instance, the strange ways that public-health measures such as mask-wearing and vaccination have become politicised, to the point that I know of fully vaccinated people in California who say they will continue to wear masks for fear of being mistaken for Republicans. Bizarre? Of course. But it is also symptomatic of a dangerous trend towards tribalism.

We are, I fear, close to the precipice of serious destabilisation. Many American cities are either militarised (Washington, DC), near a social boiling point (Minneapolis), or have capitulated to anarchist protests and pressures (Portland, Seattle).

These tribal quirks run deep on both sides of the aisle. Many Republicans continue to dispute the legitimacy of the result of the last presidential election; while on the Left, the woke are eroding the Democratic Party from the inside, as identity politics displace universalist aspirations. Some citizens are viewed as part of oppressive groups, some as part of oppressed groups. A person’s individual actions can generally do little to change the immutable characteristics of the tribe to which they belong. Just as I noticed with my friend over lunch, there is frequently a visceral hostility towards anyone who leans even slightly toward the Right. Today, especially in academia, those who don’t conform with the “progressive” narrative, no matter how ethical they might be as individuals, are vilified as racists, white supremacists, homophobes or transphobes. Individuals can be attacked, cancelled, disinvited or even fired for the tiniest of verbal transgressions.

This kind of intolerance has for some time been apparent in high schools, too. Another friend of mine has a daughter who attends a private school outside of San Francisco. Last year, when it was revealed that she had expressed mild support for President Trump, she was pushed down the stairs by a fellow pupil.

It was a horrifying and, one hopes, rare incident. And yet there is something very striking about tribalism: it is a basic human trait, like skin colour or gender. However, despite being the natural state of being for many humans, it is not a positive or helpful trait, particularly in modern times. Tribalism developed as an imperfect social survival mechanism in the early stages of human civilisation. But in modern times, it can lead to social disintegration and severe violence between groups.

The beautiful story of America, the reason so many people around the world still yearn to come here, is to a large extent founded on our rejection of tribalism and our establishment of civic, neutral institutions, based on the fundamental principle of equality before the law. These institutions are imperfect, of course, but they are far superior to the tribalism that rules other parts of the world. Our overcoming of such a natural urge is an accomplishment.

As “woke” politics strengthens its grasp on our institutions — extending beyond the educational system into the media and now many corporations — that accomplishment is being eroded. The presumption of innocence, the commitment to blind justice and the whole notion of due process are all falling victim to spurious notions of “equity” and “anti-racism” — both of which carry within them an implicit intention to discriminate on racial lines.

If we continue to slip down this path, the thirst for tribalism will be unquenchable. That’s why moderate liberals need to stand up to the destructive forces that are taking over the Democratic party, just as moderate conservatives need to resist the tribal impulse that often grows in reaction to the other side’s excesses.

In Somalia, we failed to do this. In America it is imperative that we succeed.

This piece was originally published in May.