Sixteen years before the Beveridge Report was published, the working people of Britain showed that, whatever problems might afflict them, ignorance wasn’t one of them. The General Strike of 1926 broke out when the mine owners tried to impose lower wages and longer working hours on their already impoverished coal miners. Soon three million workers in other industries (transport, iron, steel, building, printing and so on) had pitched in.

These people may not have known much about algebraic topology or the history of post-Impressionism, but they knew how to organise. They were not the objects of Beveridge’s benevolent paternalism but self-determining actors. They also knew about want and hardship, justice and solidarity. The truly ignorant were those highly-educated undergraduates from Oxford and Cambridge who acted as strike-breakers, and who knew nothing of the conditions in which most of their fellow country people had to live. Ten years later, a new generation of the erudite and educated would boo the hunger marchers.

You don’t need a doctorate in maths to know that your wage packet is shrinking. People who are politically apathetic because they believe with some justice that Westminster politics will never do much for them can become knowledgeable overnight when you threaten their jobs or try to run a motorway through their back gardens. Few traditions are as admirable as that of self-taught working people, including the women mill workers in Victorian Lancashire who would rise an hour before work in order to read Shakespeare together. It was for these patronisingly named “autodidacts” — a category which sometimes included anyone who hadn’t been to Oxbridge — that Ruskin College, the Workers’ Educational Association and the so-called “Extra-Mural” departments of universities were to provide.

What, in any case, if knowledge isn’t all it’s cracked up to be? The literary education that the Shakespeare-reading mill workers would have received, had they by some miracle broken into academia, would have been pretty worthless. Literary studies at the time were a combination of bone-dry scholarship and extravagant waffle. Thomas Hardy’s Jude Fawley, a stone mason who tries to get into Oxford, is rebuffed by the dons, advised to stick to his lowly station in life, and, in a typical Hardyesque irony, goes back to repairing the very college walls which shut him out.

Yet Hardy makes it clear that Jude’s ambitions are wrong-headed as well as unrealistic. He is better off outside this citadel of antiquated learning, exercising the practical skills which his author so admired. Hardy himself was no country bumpkin but was trained as an architect, and had a deep respect for manual labour. When, as a grand literary celebrity, he unveiled a plaque to open a new building, he was seen to run his hand across the stone and smell it. He, too, was described as an autodidact, even though he received a better education than the vast majority of his compatriots. It was that Oxbridge thing again. 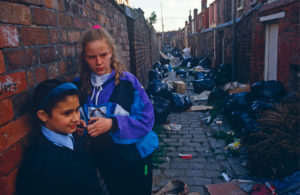 Poverty is not inevitable

There is another sense in which knowledge is overrated. Socrates taught that we only do wrong out of ignorance; if only we had the right understanding we would be virtuous. Hardly anyone has ever fallen for this vastly improbable doctrine, least of all St. Paul, who in his Epistle to the Romans claims that we don’t understand our own actions: “For I do not do what I want, but I do the very thing I hate…” What Paul sees but Socrates doesn’t is that we are torn, self-divided creatures, whose knowledge is out of sync with our desires. There is nothing wrong with reason — in fact, without it we will perish — but it doesn’t go all the way down. If it is to prevail, it must sink its roots into our senses and affections and shape them from the inside, so that what we ought to do is also what we want to do. Duty and obligation alone simply won’t hack it. The alternative is for reason to repress the senses and affections; and if this happens too violently, we tend to fall ill. The sickness in question is what Freud calls neurosis.

Freud had a profound respect for reason, which he thought would win through in the end. That he did so comes as something of a surprise, given that he is generally seen as both a pessimist and an irrationalist. But reason will only flourish if it is aware of its limits. Beyond those frontiers lies what Donald Rumsfeld, in his sole contribution to the sum of human wisdom, would call a known unknown, and Freud called the unconscious. Because they are unaware of what goes on in this dark region, human beings are opaque to themselves.

This isn’t only Freud’s view, but one of the most typical beliefs of the modern age. There was a time when we thought that other people might be hard to decipher, but at least we were transparent to ourselves. From Nietzsche to Freud, however, there was a dawning recognition that this is the last thing we are. Not only don’t we know ourselves, but this ignorance is vital if we are to operate as individuals. Ignorance is good for you. Just as we couldn’t speak coherently if we were thinking about the rules of grammar which govern what we say, so we can’t act, feel and think without repressing a good deal that goes into our making.

So repression is good for you as well, though not too much of it. What makes us what we are must necessarily fall outside the scope of our knowledge. Trying to examine it would be like trying to jump on your shadow, or pick yourself up by your own bootstraps. There is a fissure in our being which runs right down the middle. Or as the psychoanalyst Jacques Lacan enigmatically puts it: “I think where I am not, therefore I am where I do not think.”

Throughout the ages, human beings have been labelled the rational animal, the laughing animal, the labouring animal and so on. Now it appears that we are the sick, ignorant, neurotic, self-oblivious one, which is not the most inspiring news. We can have knowledge, of course, but this knowledge is a kind of fiction. For Nietzsche and his post-modern progeny, it consists in carving up the world in ways which facilitate our interests and desires. Knowledge is an instrument of power — a tool for mastering and organising our environment. For this purpose, Nietzsche argues, a falsehood may be more effective than the truth. In any case, truths are simply fictions that have forgotten the fact.

It would be possible to draw a line all the way from this assault on truth to the US election-deniers of today. The difference is that whereas Nietzsche and Freud argue a sophisticated case for ignorance, the election-deniers are just ignorant. Truth for them is whatever it is most convenient to believe. This is a sterile, unproductive kind of ignorance, but there are superior forms of it as well. Nobody, for example, can know the future, in the sense of what is inevitably going to happen. Not even God can do this, because there’s no such thing as what is inevitably going to happen, and therefore nothing to know. Ignorance of the future is a cause of regret to the markets. In ancient times, rulers hired soothsayers and fortune-tellers to peer into the future and assure them that their power would endure down the generations. Wall Street has its equivalents, but they are just as fallible.

In the end, however, we are not forced to choose between absolute knowledge and abysmal ignorance. There are important ways of knowing which fall somewhere in between: so-called tacit knowledge, for example, which involves knowing more than we can tell. You may know how to hum one tune while whistling another simultaneously, but just try telling someone else how to do it. Or think of bodily knowledge — the fact that I know where my left foot is without the need to visit a library or conduct an experiment. Most of our knowledge is of this kind. There’s also knowledge of other people, which doesn’t conform to scientific models. You can know others only if they disclose themselves to you — if they are present to you in a way that the furniture isn’t. Volcanologists may be present at volcanic eruptions, but volcanic eruptions are not present to them. Practical knowledge, of the kind Thomas Hardy admires in Jude Fawley, is a question neither of ignorance nor of the disembodied intellect. Instead, it represents the point at which knowing and doing are bound indissolubly together. In fact, the word “know” is related to the word “can” (from the Old English cunnan). It is this unity of thought and action which the activists of the General Strike demonstrated. In doing so, they created such a bogeyman that TV journalists interviewing trade unionists today tend to ask, heart in mouth, whether this dreadful event is to be repeated, no doubt ignorant of the fact that it only lasted for nine days.

Yet one shouldn’t conclude from this that knowledge is purely instrumental. There are times when people need to know in order to be free, and other times when knowledge is an end in itself. There used to be places known as universities where this kind of study could flourish, but they have mostly been wiped out, even if the buildings have been left standing. Even so, there’s no reason to learn about Balzac or Beethoven or black holes other than the delight and fascination of it. The playwright Bertolt Brecht looked forward to a future civilisation in which, he remarked, “thinking could be a real sensuous pleasure”. We have a fair way to go.