If you spend any time on social media, you’ve probably seen a cartoon of a stick figure hunching feverishly over a computer. A voice calls: “ARE YOU COMING TO BED?” The response comes: “I CAN’T, THIS IS IMPORTANT… SOMEONE IS WRONG ON THE INTERNET.”

I’ve thought a lot about it in recent weeks, as various prolific tweeters struggled visibly with the strain Elon Musk is putting on their psyches. For those habituated to viewing every gesture in moralised terms, the coming of a Republican-endorsing, vaccine-undermining overlord such as Musk poses an urgent dilemma. How best to respond? Or more accurately: how best to be seen to respond?

More tenacious types are expressing their objections to Musk through heavy-handed mockery of him, like rebellious schoolboys ribbing their headmaster. Still others are explaining laboriously why they won’t, after all, be leaving Twitter. Of course they despise Musk — that goes without saying — but equally, their Twitter “communities” need them. And in any case, they can’t quite grasp how Mastodon works, and they’re damned if they are going to give up their 4,796 hard-won followers and start all over again.

In the Financial Times, meanwhile, Janan Ganesh explained “the real reason to get off Twitter”: namely, it’s too full of low-status losers being ironic and twee. Over time, he argued, exposure to this contagious atmosphere tends to affect the characters even of powerful people, sapping them of aspiration and making them look diminished in the eyes of onlookers. Ganesh himself escaped ages ago, and advises others to do the same.

It seems to me that Ganesh’s former Twitter experience probably says more about the self-ironising middle-class intellectual bubbles he was in at the time than any universal experience on the platform. But this is hardly the point. He is certainly right that whatever sort of atmosphere the Twitter algorithms are currently providing for you, it’s bound to be contagious — that is nearly the whole point of social media. But equally, this and a few other core facts about the platform’s structure present a unique prospect to the average user that is, in my view, under-explored. For all its undoubted flaws — in fact, perhaps because of them — Twitter has long offered its users an unparalleled opportunity to become a stronger, more resilient, more psychologically acute person. I think of the platform as a testing ground for the soul’s development; a crucible in which self-aware types can purge themselves of their baser metals. The advent of Musk won’t change this opportunity, and in fact his coming onboard may well increase it. If genuinely interested in moral self-improvement, those angsting over cosmetic guilt-by-association with Musk should stop worrying about it, and simply plunge further in.

In the old days, to improve yourself you had to get out into the world in order to start your hero’s journey — or, at the very least, read a George Eliot novel. These days you can just log on as HotRiotGrrl52031 and begin a modern knight’s quest all of your own. For a start, Twitter allows you to observe the psychological lures, thickets, and snares that tend to entrap others. Watching others navigate the platform is a bit like watching the protagonist in The Pilgrim’s Progress: will he escape the Slough of Despond, the Hill of Arguing Furiously with Strangers, or the Pit of Humblebragging?

Social media occupies a weird intermediate space between talking out loud and composing an email — casual enough that authors can be stunningly uninhibited, but also much less ephemeral, leaving a record for others to scrutinise and endlessly regurgitate long after you’ve forgotten what the hell you were ever talking about. The ubiquity of the smartphone — particularly during all-day drinking sessions and all-night existential crises — offers a constant temptation to tweet your most urgent-seeming thoughts into the void, without a firm idea about who you are really addressing. Is it your followers? Your boss? Your crush? God? Your Mum?

Meanwhile, the deracinated, truncated text scrolling before your eyeballs, shorn of detailed information about the author or their context, can make you equally confused about who or what it is you are reading. Into this epistemic vacuum can easily rush credulity — as can fantasy and projection. Unconsciously disavowed, your own inner fear, guilt, envy, and shame can get placed by an external source: a celebrity you hate, say, or that annoying dickhead you ended up arguing with for three days about Brexit between trips to Tesco. 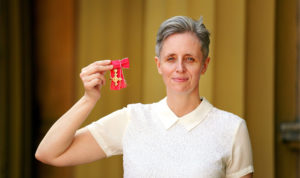 How I survived my annus horribilis

Of course, to notice these things properly in others — and God forbid, in yourself — you need to keep your wits about you. The late philosopher of language Paul Grice assumed that, in order to work out what other speakers mean by their words, you should work out “the purpose or direction of the talk exchange in which you are engaged”. He also apparently thought that by far the most common purpose of speaking or writing was to have “a maximally effective exchange of information”. He thought we should interpret others accordingly, as aspiring truth-tellers, operating in good faith.

Had Grice been on Twitter, he would have surely revised his theory. For many users, informational exchange is only the incidental pretext to more important things like self-aggrandisement, covert attacks on imagined enemies, and consolidation of social power. In terms of psychological richness, then, Twitter-watching offers a panoply of fascinating characters to rival anything Dickens, Austen, or Eliot could come up with. There are aggressors advertising victimhood; grifters advertising blogs about anti-grifting; fragile souls being grandiose; cruel people preaching kindness. There is also an absolute tsunami of empty sentimentality over other people’s pets, partners, and kids — dead, nearly dead, or just plain cute. The Taoist-style challenge for the observer is simply to notice these things as they are, rather than to get caught up emotionally or wilfully in any of them. Try again. Fail again. Fail better. It’s also pointless judging anybody else for what, after all, are just human traits to which we are nearly all subject. And that’s hard too.

Difficult as these challenges are, they pale into insignificance once the watcher becomes an active participant and starts tweeting herself. Pretty much all of Kipling’s If applies here, with a few extra stanzas for luck about switching your phone off at night and muting replies. Here is the real test of your mettle. Here be the real dragons, though once again they are mostly dragons you conjure up yourself.

In my experience, fuelled either by actual engagement from strangers or by the lack of it, the imagined gaze of the public will accompany your every tentative remark, joke, or diatribe. If you imagine a pitilessly critical gaze, then that’s what you will feel and respond to. Ditto if you imagine a warm and admiring one. Either way, this can send you mad if you let it. We’ve all seen the phenomenon of initial moderates becoming more and more extreme in their online performances, depending on what they believe they are loved or hated for by others.

And never mind your imaginary critics — past a certain point of visibility and follower count, the real ones can drive you stark staring bonkers as well. I speak from personal experience, of course. I first joined Twitter in 2015, encouraged by prevailing academic culture to seek what is known grandiosely in the trade as “impact” for my research. My tweets, and the horribly repressed blog posts about fiction I wrote to accompany them, made about as much impact as a raindrop would on the surface of the sun. Back then, any engagement whatsoever would do. At least someone out there knew I was alive.

Since then, it’s been quite the journey to my 96K followers, and I no longer have to worry about lack of engagement. But if you think that along the way I’ve never sneered defensively, mocked maliciously, flounced off touchily, or posted ill-advisedly when drunk or premenstrual, you’d be dead wrong. As Carl Jung might have said, it’s essential not to let your ego get too close to your Twitter analytics — and yet so very hard to do.

Inevitably, your online persona will become a site of projection for others: idealisation or denigration or both, sometimes from the very same tweeter, on different days or even hours. The only way to cope with the potential for interaction with your own weaknesses is to constantly remind yourself that they are not really talking to you — and, for that matter, you are not really talking to them. The intended audience is always somewhere else. None of this is personal.

These, then, are just a few of the condensed life lessons available to you when you log on. Should you succeed in learning them well, you will be a modern-day superhero, able to keep your dignity and sangfroid online when all about are losing theirs. Of course, hardly anyone around you will recognise this fact about you, each being caught up in their own personal dramas. But that’s Twitter, and indeed life, for you.