After the horrific racist mass shooting of 13 people — 11 of them black — in a Buffalo, New York supermarket, it is vital to ask what caused such violence. For some progressives, the answer is already clear: Republicans, notably Donald Trump and Tucker Carlson, have blood on their hands because they endorse the “Great Replacement” theory that the shooter, Payton Gendron, referenced in his 180-page manifesto. This is the same phrase used by the El Paso shooter, who targeted Latinos, and by Brenton Tarrant, the Christchurch killer whose victims were Muslim.

The Great Replacement theory argues that an elite cabal, often Jewish, sometimes Leftist, seeks to “replace” Western whites with minority immigrants. Like any conspiracy theory, it has is a kernel of truth upon which the fantastic elements are grafted. Many mainstream and liberal writers have drawn attention to the ethnic transformation of the West. The term “replacement population” has a long history of use by demographers and geographers. In Western countries, whites are a smaller share of the population than they were in 1960, and I suspect this is why many French or Americans think replacement is real.

On the other hand, there is no evidence that Jews have had much influence over such changes, and while the Left has sometimes celebrated demographic change or sought to capitalise on it electorally, the claim that Leftists orchestrated this change is not credible. Immigration policy in the US has long been driven by short-termist rather than long-termist considerations. Indeed, the Democratic architects of the transformational Hart-Celler Immigration and Nationality Act of 1965 claimed it would not alter the ethnic composition of the United States. There is no evidence they believed otherwise.

Do Tucker and Trump bear responsibility for Buffalo? From a social scientific standpoint, this account is plausible, but so are several others. Vivid images and emotions often lead us to snap judgments that are highly prone to confirmation bias. In order to surmount such biases, the scientific method asks us to step back from emotive data points, entertain competing theories, and open our own explanations up to falsification. 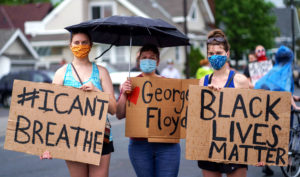 What liberals get wrong about race

Consider the following hypotheses on how media and political narratives might influence mass shootings like the one in Buffalo:

1. Tucker Carlson, Donald Trump and the Republicans are to blame.

Trump spoke of “fine people” among the Charlottesville rioters, and Carlson has said that “the Democratic Party is trying to replace the current electorate, the voters now casting ballots, with new people, more obedient voters from the Third World”. A number of others, including Representative Elise Stefanik of New York, have endorsed the theory that lax border enforcement is a deliberate Democratic policy to improve its electoral fortunes. These comments could have created the narrative mood music within which the shooter operated.

2. Michael Moore and other progressive pundits are guilty.

The 2020 US census showed that the absolute number of white people had declined for the first time in American history, a result that came mostly from a change in the census question. But mainstream papers failed to highlight this, Instead running sensationalist headlines such as: “Number of White people falls for first time”; “America’s White Population Shrank for the First Time”; or “Vast Stretches of America Are Shrinking. Almost All of Them Voted for Trump”.

The documentarian Michael Moore called the announcement of these census results “the best day ever in US history”, marking the end of “white supremacy”. “This is fabulous news”, added Washington Post columnist Jennifer Rubin. In a recent column for National Review, Rich Lowry cites a number of mainstream Left-wing voices arguing that liberal immigration policies would help the Democrats gain and hold power. Given that numerous psychological studies show that telling white Americans that they are going to become a minority makes them more conservative and populist, this progressive messaging could have created a cultural climate conducive to white anxiety. 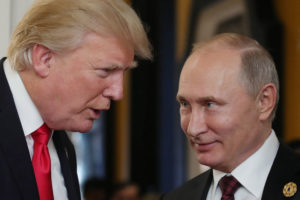 3. Progressive commentators who have talked up the threat of white supremacy and division indirectly motivated Gendron.

The shooter apparently scrawled the name Virginia Sorensen on his weapon, referring to a woman killed in a racially-motivated attack by a black man on a parade in Waukesha, Wisconsin. There has been a sharp rise in the use of terms such as “white supremacy” and “racism” in the American media since 2014-15, despite growing interracial marriage, decreasing prejudice, and a marked decline in police killings of African-Americans since the Sixties. Like white liberals, most black Americans believe a young black man is more likely to be killed by police than in a car accident, even though the latter is six- to ten-times more likely. Could progressive media outlets have heightened the racial threat perceptions of the Waukesha killer, sparking Gendron’s tit-for-tat terrorism?

4. Trump, Carlson, and GOP populists are reducing the level of white nationalist terrorism by providing an outlet for ethnocultural fears.

Though I haven’t seen this thesis mentioned anywhere, it has a solid basis in the expert literature. On this view, political and cultural outlets for grievances, if blocked, can force sentiment into highly insulated extremist bubbles, increasing the risk of violence. Conversely, when terrorists participate in politics, they tend to moderate, as happened with the IRA and Sinn Fein.

Jacob Ravndal, a leading terrorism scholar, has shown that far-Right terrorism is lower where support for national populist parties is higher, and vice-versa. As Ravndal notes, “a predominantly pro-immigration elite perceived as hostile towards people with anti-immigration concerns might be exploited by the extreme Right to mobilize new followers and… motivate terrorism and violence”. Gendron’s manifesto referenced far-Right underworld figures like Tarrant, but never cited mainstream Republican populists like Trump or pundits like Carlson. Gendron’s behaviour could have stemmed from an inability to openly discuss his anxieties, pushing him toward radicalisation.

5. Progressive politicians and media are reducing the level of white nationalist violence that would otherwise occur.

According to this theory, by enforcing taboos on racism and white supremacy, and spotlighting the threat of white nationalism, progressives reduce the appeal and respectability of racist beliefs, shrinking the potential pool of recruits from which extremists can draw. Likewise, white nationalist ideas, if rendered taboo, will have a harder time reaching a wider audience. If we think of white nationalist terrorism as an interaction between mental illness and ideology, a smaller universe of ideologically-sympathetic people makes it less likely that any one of them will carry the fatal combination of psychological instability and ideological motivation.

6. All the ideological stuff is beside the point.

Nearly 2,000 people were killed in mass shootings in the US between 1999 and 2020: around 100 per year. Many of these shootings were carried out by mentally unstable individuals like Gendron, who threatened to kill himself and his classmates before settling on a racist attack. Tighter gun laws or better tracking of potentially dangerous mentally ill people could ultimately ensure that events like these become less frequent.

All these hypotheses are falsifiable. One way to do so would be to design a study in which half a survey sample read a statement by a conservative or progressive pundit and half see innocuous text. Then those taking the survey answer a set of questions pertaining to their views of minorities and attitudes toward violence. If the group which read the offending passage expresses more hostile attitudes, this is evidence for a real effect. Alternatively, we could collect large-scale data on measures of each thesis and see which best correlates with terrorist outcomes. What is pointless is for partisans to cherry pick examples and ride their favoured horses.

Even more inexcusable is the tendency to use one’s cherished theory to censor opposing political views. On the Left, this typically involves smearing those who advocate reducing immigration or having more open conversations about white identity by accusing them of being complicit in white nationalist violence. On the Right, this can entail unsubstantiated claims about the danger of conservative Islam or criticising Israel.

I’m not a free speech absolutist. There is a point at which a proven risk of serious violence is a legitimate reason to restrict speech. However, the onus is on the censor to provide rigorous and overwhelming evidence. Hot takes from political opponents should be dismissed until serious analysis is produced. As with Covid-19 or speeding restrictions, liberal societies must accept some loss of safety to enjoy their freedom.