On 27 May 2021, the Chief of the Tk’emlúps te Secwepemc — a First Nations government in British Columbia — announced that ground penetrating radar (GPR) had located the remains of 215 “missing children”. These were allegedly “undocumented deaths” from the Kamloops Indian Residential School, which had closed 52 years ago.

The young anthropologist who conducted the GPR search later added a note of caution: only a forensic investigation could confirm that these were indeed burials. But a moral panic had already been unleashed. Politicians and the media immediately seized on the first announcement, and “burials of missing children” was the storyline that ricocheted around Canada and much of the world. Meanwhile, several other First Nations that had at one time hosted residential schools hired their own anthropologists armed with GPR and announced similar discoveries. Weeks later, almost exactly a year ago, in June 2021, the Cowessess First Nation announced the discovery of 751 unmarked graves at the site of another former residential school in Saskatchewan.

Canadian Prime Minister Justin Trudeau set the tone of the public response on 30 May by ordering Canadian flags to be flown at half-mast on all federal building to honour the “215 children whose lives were taken at the Kamloops residential school”, thus elevating the possible burials to the status of murder victims and making Canada sound like a charnel house of murdered children. Unprecedented in Canadian history, flags remained at half-mast until Remembrance Day, 11 November, and were returned to normal height only after the Assembly of First Nations gave its OK.

In spite of this ostentatious virtue-signalling, Trudeau got into trouble when he skipped an event in Kamloops on 30 September to commemorate the missing children. Apparently, our surfer dude prime minister preferred to ride the waves at Tofino on the Pacific coast rather than attend a commemorative ceremony. To make up for his faux pas, he had to go to Kamloops on 18 October for another memorial ceremony, at which he was harangued for several hours.

But not all the events in the wake of the Kamloops announcement were so amusing. Sixty-eight Christian churches, mostly Roman Catholic, were vandalised or even burned to the ground. Many of these were historical church buildings still used and revered by native people. The pretext for arson and vandalism was that the Kamloops Indian Residential School had been run by a Catholic religious order, as had 43% of all residential schools. Imagine the outrage if 68 synagogues or mosques had been vandalised and burned. Yet the attacks on 68 Catholic churches passed with only mild criticism.

An article in the New York Times was typical of media commentary about the unmarked graves. It was first published under the headline “Horrible History: Mass Grave of Indigenous Children Reported in Canada” on 28 May and updated on 5 October under the same title. It asserted that: “For decades, most Indigenous children in Canada were taken from their families and forced into boarding schools. A large number never returned home, their families given only vague explanations, or none at all.” 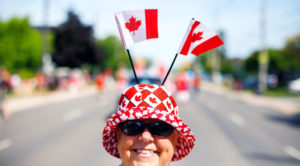 Why the Canadian Left is burning down churches

Because the corporate press take their cue from the New York Times, its perspective echoed widely. The discovery of the so-called unmarked graves was chosen by Canadian newspaper editors as the “news story of the year”. And the World Press Photo of the Year award went to “a haunting image of red dresses hung on crosses along a roadside, with a rainbow in the background, commemorating children who died at a residential school created to assimilate Indigenous children in Canada”.

But the award this news report should have won is for fake news of the year. All the major elements of the story are either false or highly exaggerated.

First, no unmarked graves have been discovered at Kamloops or elsewhere. GPR has located hundreds of soil disturbances, but none of these has been excavated, so it is not known whether they are burial sites, let alone children’s graves. At her original press conference, the Chief of the Kamloops Indian Band called these findings unmarked graves, and the media, politicians, and even Pope Francis ran with the story without waiting for proof.

Similar claims from the chiefs of other Indian reserves ran into grave difficulty (no pun intended) because the GPR research was conducted in whole or in part on community cemeteries located near the sites of residential schools. It would hardly be surprising to find burial sites in a cemetery! But again, since no excavations have been conducted, it is not known whether these unmarked graves contain the bodies of children. 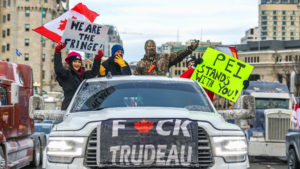 North American Indians did not conduct burials; they usually exposed the bodies of the dead to be worn away by predators and the elements. Christian missionaries introduced the practice of burial. But Indian graves were usually marked by simple wooden crosses that could not long withstand the rigours of Canadian weather. Thus Indian reserves today contain probably tens of thousands of forgotten unmarked graves of both adults and children. To “discover” these with ground-penetrating radar proves nothing without excavation.

Second, there are no “missing children”. This concept was invented by the Truth and Reconciliation Commission (TRC), whose members spoke at various times of 2,800 or 4,200 Indian children who were sent to residential schools but never returned to their parents. Indeed, some children died at residential schools of diseases such as tuberculosis, just as they did in their home communities. But the legend of missing students arose from a failure of TRC researchers to cross-reference the vast number of historical documents about residential schools and the children who attended them.

In the fake news stories, the “unmarked graves” are presumed to be populated by the “missing children”, who died at residential school. Lurid tales of torture and murder, of babies thrown into the furnace and hanging from meat hooks, make the stories more colourful. However, the notion of missing children cannot stand up to critical scrutiny. Indian parents, like other parents, loved their children and certainly would have noticed if they went away to school and never came back. But no inquiries about missing Indian children were ever filed with the police. Moreover, children were carefully tracked in the residential school system. Similar to boarding schools all over the world, each child received a number upon admission for keeping track of clothing and other possessions. How the truckers split indigenous Canada

The federal Department of Indian Affairs also recorded students because it paid a per capita subsidy to the schools. It reviewed admission records meticulously because it didn’t want to pay for the white and Métis students who sometimes got into the residential schools, even though they were supposed to be only for Indians. On the other side, the residential schools were equally motivated to keep track of students because their income depended on the per capita subsidies. If students disappeared, their subsidy would have decreased.

Third, stories about Indian residential schools are almost always accompanied by the frightening claim that 150,000 students were “forced to attend” these schools, but the claim is misleading at best. Scholars generally agree that more students attended day schools on Indian reserves than went away to residential schools. Moreover, a large number didn’t go to any school at all. It wasn’t until 1920 that school attendance was made compulsory for Indian children, and enforcement was often lax. It was estimated in 1944 that upwards of 40% of Indian children were not in any kind of school.

For students who did attend residential school, there had to be an application form signed by a parent or other guardian. Many of these forms still exist and can be seen in online government archives. The simple truth is that, despite allegations of physical and sexual abuse, many Indian parents saw the residential schools as the best option available for their children. Cree artist Kent Monkman’s famous painting The Scream, showing missionaries and mounted policemen snatching infants from the arms of their Indian mothers, is a fever dream of the imagination. It is not even close to an accurate depiction of historical reality, not even if taken metaphorically.

How could the fake news story of unmarked graves, with its attendant legends of missing children ripped from the arms of their mothers, have gained such wide currency among political and media elites? The short answer is that it fits perfectly into the progressive narrative of white supremacy, of the white majority in Canada oppressing racial minorities. But there is also a specific etiology of the unmarked grave story.

Prior to 1990, residential schools enjoyed largely favourable coverage in the media, with many positive testimonials from students who had attended them. Indeed, alumni of the residential schools made up most of the emerging First Nations elite. Then Manitoba regional chief Phil Fontaine spoke on a popular Canadian Broadcasting Company radio show about how he had suffered sexual abuse at a residential school. After that things went south quickly. The Royal Commission on Aboriginal Peoples wrote critically about the schools; two historians wrote influential books; and lawyers launched multiple class actions on behalf of residential school “survivors”, claiming damages for physical and sexual abuse, as well as loss of language and culture at the schools. 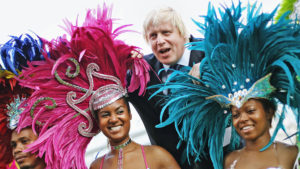 Rather than contest these lawsuits in court, the Liberal government of Paul Martin negotiated a settlement in 2005, which was accepted shortly afterwards by the newly elected Conservative government of Stephen Harper. Ultimately about $5 billion in compensation was paid to about 80,000 claimants, and Prime Minister Harper gave a public apology for the existence of residential schools in 2008.

Harper might have thought that the compensation payments and his apology would be the end of the story, but it was only the beginning. The Truth and Reconciliation Commission that he appointed took off in its own direction after the initial set of commissioners resigned and had to be replaced on fairly short notice. The TRC held emotional public hearings around the country at which “survivors” were invited to tell their stories without fact-checking or cross-examination. Most had already made claims for financial compensation in which the amount paid was proportional to the degree of sexual and physical abuse suffered, again without fact-checking or cross-examination. The TRC concluded that the residential schools amounted to “cultural genocide”. While this was going on, lawyers were bringing more class actions for other forms of Indian education, such as day schools on reserves, or boarding in town to attend public schools. Harper’s government offered some resistance in court, but the Liberal government of Justin Trudeau, elected in 2015, preferred to settle out of court. Billions of dollars more are being paid out as a result.

Against this background, the claims of unmarked graves are a new money-maker. In August 2021, the federal government announced $321 million in special grants to First Nations for research about unmarked graves, and Canada’s 2022 budget pledged $275 million for “addressing the shameful legacy of residential schools”. Meanwhile indigenous leaders are pursuing claims for financial compensation from the Catholic Church.

Fake news does not arise and thrive in a political vacuum. While progressive ideology makes academia and the Liberal government a receptive audience, the indigenous industry has an obvious financial stake in driving the story. As long as the dollars flow, expect more stories about unmarked graves, yet no excavations to test the truth of the stories.