If I were Rishi Sunak, I would resign immediately. I say this not only because I disapprove of his politics, but out of a selfless devotion to his well-being. Here is a man with billions in the bank who is about to spend the next few years slaving away in a cramped London office trying to resolve problems of breath-taking intractability, only to provoke the hatred of half the nation. Why not take the money and run?

The obvious answer — that he has never shrunk from a challenge, feels a keen sense of responsibility to the country and wishes to serve its people — is the kind of thing that politicians read off autocues. It is like declaring that there are brighter days ahead, that actions speak louder than words, or that we should stop brooding over the past (including what happened 10 days ago) and look to the future. If Sunak could best serve the nation by working as an anonymous official in a dingy back room in Basildon, would he do so? I’m not convinced.

Our new Prime Minister is in Downing Street chiefly because he is hungry for power, like most of the place’s previous inhabitants. It’s not that Sunak is power-mad, but that power can itself be a form of madness. What sane human being would prefer supervising the decline of an increasingly inconsiderable offshore island to permanently sunbathing in the Cayman Islands? Boris Johnson’s cronies spouted similar guff when they claimed that in withdrawing from the contest he was putting the country before himself. They were talking about our most resplendent example of a Hobbesian man, powered purely by self-interest. Johnson is no more likely to put the nation before himself than he is to glue himself to the M6.

Perhaps Sunak believes that he can unify the country. Almost everyone is in favour of unity, just as almost everyone is in favour of freedom, happiness, nurses, chocolate truffles and Billy Connolly. Nobody casts a vote for the Disunity Party. But one should be wary of what almost everybody approves of. Unity is not a virtue in itself, as the German people learnt to their cost when the Nazis came to power. Plato disapproved of tragedy because it enhanced our sense of the individual’s apartness, thus undermining the cohesion of the state. Unity means trying to weld conflicting interests together — but in whose interests?

There is something fundamentally dishonest about the call to drop your differences and rally around a leader. Either the differences are real, in which case they won’t just disappear; or if they can be dropped as easily as that, they probably weren’t worth much in the first place. It’s not as though one is dealing simply with minor shades of difference. If politics is to be more than a game, it must engage interests which go all the way down, to the point where they form part of one’s identity. And you can’t abandon these just because you’re doing badly in the polls. You can say you do, of course, but that’s different. It’s a matter of biting your tongue, not changing your heart. How powerful is Liz Truss?

Behind the idea of discarding your interests overnight lies a particular view of human beings. On this theory, interests are really external to the self. You can shop around among them as in a boutique, trying on one after another. There’s the little red Marxist number, the sky-blue Tory one, the saffron Buddhist robe, the scruffy black leather existentialist jacket and so on. You don’t have to commit yourself to any of them for good. Sinéad O’Connor tried on the Catholic priest outfit for a few weeks before throwing it out, while Madonna has been through the entire shop more times than anyone can count. A few weeks ago, there were Tory politicians who were fervent Trussites in the morning, ardent Johnsonians around lunchtime and devout Sunakians in the evening.

There is, however, a problem with all this. If you survey a range of commitments like a rack of shirts, what motivates you to choose one rather than the other? On a classical liberal view, the self is an impartial, disinterested entity; but if this is so, then there is no reason why you should go for the sky-blue Tory outfit than the Buddhist robe. You would simply be paralysed, incapable of choosing, unless you already had interests which inclined you towards certain interests. It is in this sense that interests go all the way down. They are not like a row of hats; they are matters for which people will occasionally fight and die.

Is all we have, then, a Darwinian clash of competing interests? Not quite. Fortunately, we have rationality as well. In fact, we need rationality to discover what our interests are, as well as to promote them. You can’t acquire your beliefs without reasoning about how things stand with the world, and you can’t put them into practice without reasoning either. There’s no point in cutting taxes if everyone has been wiped out by nuclear war and you simply haven’t noticed. Reason, however, can question our interests and desires as well as advance them. It isn’t rational to wish to return to a past society in which life was entirely free of antagonism, since there wasn’t one. People sometimes ask why politicians can’t stop squabbling among themselves and get together. A lot of Conservative MPs are asking this right now, less because they find squabbling distasteful than because they fear it might lose them the next election. But conflict is inevitable. Some Tories are going to be centrist or pragmatic, while others will be more doctrinaire. “Doctrinaire” or “ideological” are words one uses of other people’s beliefs, not of one’s own. My views are moderate, while his are extreme.

But it isn’t just that political types are temperamentally given to in-fighting. Nor is it true, as liberals tend to suspect, that conflict should always be seen negatively. How can women vanquish sexism without arguing and taking action against it, and why is it usually men who find their talk a little too strident? Not only are conflicts here to stay, but in a number of cases one party is going to have to win and the other is going to have to lose. This, too, is hardly music to liberal ears. But the fact is that either the racists triumph or their adversaries do. Otherwise, we will have to settle for a moderate, pragmatic, commonsensical brand of racism.

The great organ of unity is supposed to be the state. Yet there are those who have suspected that this togetherness is a little lopsided, suiting the interests of some more than others. There are even thinkers who have claimed that the state exists to protect private property (I have in mind Cicero, who argued just this, as well of course as Karl Marx). There are also forms of solidarity which flourish only because everyone has an enemy in common. In any case, it’s hard to reconcile unity with diversity. One image of this resolution has been, of all things, the work of art. From Aristotle to our own day, one of the most entrenched aesthetic dogmas has been that the work of art forms an integral whole, with no spare parts or loose ends. For centuries, nobody thought of questioning this assumption. Then, in the early 20th century, a revolutionary new form of art broke out with the Futurists, Dadaists, Surrealists and others, which saw no reason why the art-work shouldn’t be marked by dissonance, asymmetry and contradiction.  Such an art, after all, was truer to the experience of the bloodiest century on record than unity and harmony, terms which were increasingly the stock-in-trade of despots standing on balconies haranguing the masses. 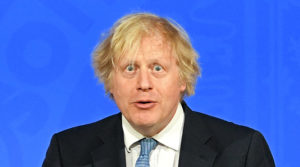 All the same, we have a horror of fragmentation. We have only to see something in pieces — a vase, a social order, a piece of fiction — to feel an overpowering desire to put it together again. It is an impulse which probably runs deeper than politics. For the Austrian psychoanalyst Melanie Klein, it stems from the relationship between mother and infant. The infant, in Klein’s view, has a murderous desire to pound the mother’s breast to pieces, but then, stricken by guilt, tries to reassemble it in imaginary form.

This kind of stuff doesn’t go down well with the English, who prefer common sense to the unconscious. Austrian babies may behave like this, but English ones certainly don’t. It’s also hard to see Rishi Sunak appealing to it any time soon. But psychoanalysis has much to say about how the idea of the unified, autonomous self is a myth, and the same might be said about the unified, autonomous state. In recent times, the name for the latter in Britain has been Brexit. It took the surreal farce of Liz Truss’s brief reign to remind us that there is no such thing as an independent nation-state other than in the fantasises of Farage — that the sovereign power on this planet is not the state but the market, and that in the end it is the market which decides who sits in No. 10, who will grow fat and who will go hungry.