With the Government’s anti-strike bill marching its way through Parliament, many on the Right will be conjuring up warm memories of Margaret Thatcher’s war against the trade union movement. For many Conservatives, this was Maggie’s “finest hour”. For Keir Starmer, himself a veteran of the Wapping dispute in 1986, such memories must run like a cold shiver down his spine.

Recollections of an earlier Conservative government’s failed effort to take on the unions are a bit foggier, however. Yet the failure of Edward Heath’s Industrial Relations Act 1971 might provide some caution to the Conservative’s anti-union bullishness. They might also set out an alternative path to Keir Starmer’s non-committal timidity towards industrial action.

On 14 June 1970, the reigning World Cup champions England squandered a 2-0 lead over West Germany to lose 3-2 in extra time. Four days later, the Labour Party saw its 98-seat majority vanish before its eyes. For both England and Labour, the glow of their 1966 victories had finally been extinguished.

The Labour prime minister Harold Wilson spent the following day packing away his personal belongings in 10 Downing Street. His wife Mary described the exit as “barbarous”. Crowds had gathered outside Downing Street shouting “Out! Out! Out!”, but Wilson could not go immediately to Buckingham Palace to resign because the Queen was enjoying a day at Ascot. To drown out the jeers, Wilson played The Seekers’ “The Carnival Is Over” again and again on his record player.

When the new Conservative prime minister, Edward Heath, entered Downing Street, he had two overriding missions. One was to bring Britain into the European Economic Community (EEC); the other was to crush the trade unions. The picture of trade union strength in 1970 was quite different from today. About half of British workers were in unions, compared to under a quarter now. In 1970, nearly 11 million working days in Britain were lost to strikes, more than any time since the General Strike of 1926. In contrast, less than a quarter of a million days were lost to strikes in 2019, the final full year of data before the pandemic.

Nor were those in the past solely aimed at Conservative government; strike action plagued. The final years of Wilson’s reign. The vast majority of these strikes were “unofficial” — that is to say, they were called without a ballot of members. Instead, a show of hands at a union meeting or the branch executive committee would be used as the mandate for a walk out.

The Employment Secretary Barbara Castle had tried to curb these actions. A trade unionist herself, Castle also wanted to update trade union rights, which were still relying on legal protections passed in 1906. Castle’s White Paper, In Place of Strife, was intended to provide a charter of rights for unions, while also imposing certain legal responsibilities. When she presented the proposals in a secret meeting to the Trades Union Congress (TUC), however, she was met with stony silence. She later compared her efforts to win support for her reforms as “like trying to win the votes of undertakers for a recipe for immortality”. 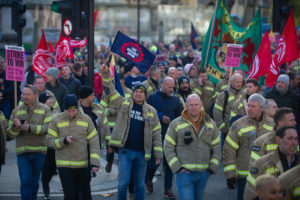 Will the people blame the strikers?

Once in office, Edward Heath was convinced that he could achieve what Labour failed to do. He would not only propose many of the punitive provisions outlined in In Place of Strife, but he would go further. He would establish a National Industrial Relations Court, which would have the power to grant injunctions to block strikes deemed to be injurious. It also banned the closed union shop, which had been a key Labour Party conviction (later abandoned by the Labour Party to align with European law, which forbids them).

When the Industrial Relations Bill was announced to the House of Commons in December 1970, Heath sat on the frontbenches grinning like “a Cheshire cat on a hot tin roof”, as Simon Jenkins put it. Heath thought he had forced the Labour Party into a corner. Labour would be forced either to repudiate its previous reforms and look hypocritical, or to oppose the legislation and look like it was in the pocket of the unions.

Heath’s clever scheme would backfire massively. The first thing Heath had not properly anticipated was both the skill and the scale of the opposition to the bill. It took seven months for the Government to push the bill through Parliament. In that time, it was met by ferocious resistance from Labour MPs, with the normally avuncular Willie Whitelaw being denounced as a “fascist” by Labour MPs in the House of Commons. Union activists took to the streets in enormous displays of solidarity.

To the surprise of many, Harold Wilson asked Barbara Castle to lead the charge against Heath’s trade union bill. While constantly subject to the charge of hypocrisy, Castle outlined the differences between her failed proposals and the Conservatives’. To add credibility to her arguments, Harold Wilson brought Michael Foot — doyen of the party’s Left — onto the frontbenches. Ever since his election in 1945, Foot had studiously avoided frontbench work, preferring to see himself as a principled outsider. When Foot first appeared at the despatch box, one journalist wrote in amazement: “It was as if Mary Whitehouse had turned up in the cast of Oh, Calcutta!” Is Macron ready for a street fight?

The second miscalculation Heath had made was about the Labour Party’s relationship with the unions. Rather than drive a wedge, the Industrial Relations Bill helped to reunify the Labour Party and the unions, as they vowed to work together to oppose the legislation. In February 1971, the Labour Liaison Committee was formed, with six members each from the Shadow Cabinet, Labour’s National Executive Committee (NEC), and the TUC. It would become a crucial policy arm for the Labour Party during those years in opposition.

Out of the Liaison Committee emerged the Social Contract — a “great compact”, as Wilson called it — between the Labour Party and the unions. Labour vowed that it would repeal the Industrial Relation Act in the first session of the new Parliament. It would accompany this repeal with a raft of social welfare legislation and redistribution. Unions, in turn, would work to keep down wage demands through voluntary wage restraint.

In contrast, Heath continued to promote the image that he was in a great battle against the unions. This was his third miscalculation. Once he finally passed the Industrial Relations Act in June 1971, Heath had in effect taken ownership for subsequent industrial strife. He had passed a bill which was meant to end strikes, yet strikes only increased after the bill’s passage. In 1972, there were nearly 24 million working days lost to strike action, unseen since the General Strike.

Heath’s National Industrial Relations Court began imprisoning trade unionists who had gone on strike, contrary to the court’s injunctions. These arrests, like the famous Pentonville Five case, only provoked a further storm of industrial fury and unrest. In December 1970, when the legislation was first proposed, Heath had anticipated some backlash. “It is the storm before the calm,” he warned. But, he vowed: “Your government will not bow before the storm.” 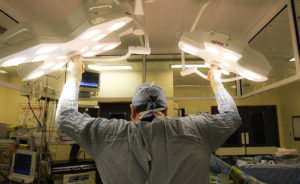 Why would anyone envy the NHS?

Yet, as Heath’s government trundled on, the storm got worse. The oil price spike in 1973, combined with domestic industrial unrest in the energy sector, led to the government imposing a highly unpopular three-day week and the rationing of electricity usage. The Government was struggling to survive, and the whiff of an early election hung in the air.

In a December 1973 meeting of the Liaison Committee, it was agreed that even if the Government tried to frame an upcoming general election as a battle between Britain and the unions, Labour must stand by the unions. Labour’s January 1974 party political broadcast emphasised its productive relationship with the unions, where they would be “working together” in the “national interest”, not seeking to prolong the fight.

The Labour Party saw an opportunity to use its union connections for its own political benefit. The Social Contract, agreed by the Liaison Committee, became a clever political ploy for Wilson. He was able to promote the image that he and the unions were equals and on the kinds of terms that could forge an agreement. A vote for Labour in the February 1974 election became a vote to end the industrial strife by supporting the party that had a good working relationship with the unions. On 4 March 1974, Harold Wilson strolled through the steps of Downing Street once more.

While the strength of the trade union movement today is not what it was in the Seventies, there are important lessons for Sunak and Starmer. First, for Sunak: Heath overplayed his hand. He thought he could “take on” the unions and promised that his legislation would do just that. He was caught off-guard by the strength of the solidarity of the union movement and its ability to adapt. Rather than quell industrial strife, he only provoked more conflict.

Rather than see unions as the embarrassing relative at the party, a proper working relationship of mutual respect, support, and solidarity might just be the winning formula for Labour — especially when contrasted with Tory division and disarray. There are already some signs that Labour is adopting this approach, with recent communications condemning the Conservatives for threatening to fire striking nurses.

Sunak, on the other hand, seems to be repeating Heath’s mistakes. The Strikes (Minimum Service Levels) Bill will not end industrial disruption, but in claiming that it will, Sunak is setting himself up for failure. If Sunak repeats Heath’s famous question of 1974, “Who governs?”, the answer after the next general election may well not be him.