Seifeddine Ferjani was just ten years old when he arrived in the UK. It was 1990, and his family had been forced to flee Tunisia after his father, Said, became close to the opposition figure Rached Ghannouchi. For the next 20 years, Ferjani grew up in London; he never went back.

But then a Tunisian street vendor set himself on fire at repeated abuse from the police, and the Arab Spring began. Ferjani and his family knew they had to return. Four months later, they finally did.

“It was completely and utterly amazing to me,” he remembers. “Tunisia had changed. What first struck me was something that might seem odd: there were garbage strikes everywhere. People were refusing to pick up the garbage because they were not being paid enough. That, to me, was symptomatic of a new day.”

Almost 12 years later, these words seem almost forlorn. If the yearning for Arab democracy began in Tunisia, it looks like it might finally have ended there, too, when last week the Tunisian President Kais Saied held a referendum that effectively cancelled democracy in the country.

Saied — more commonly known as Kais — has been President since October 2019. He is, in a mordant irony, a retired law professor who initially campaigned on a platform to allow citizens to recall elected officials, while claiming that many of the country’s problems came from widespread disregard of the country’s “many constitutional laws”.

But just under three years later, on 25 July, in a referendum he simply ordered (he’s been ruling by decree since July 2021), voters granted him full executive control of the country, supreme command of the army and the ability to appoint a government without the consent of parliament. Fewer than a third of voters turned out, but of those who did, 94.6% voted for a series of expanded powers that also weaken the judiciary and remove checks on the powers of the presidency. All in all, it’s what we might legitimately call a democratic coup. 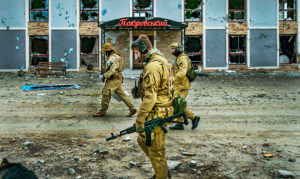 When Ferjani returned to Tunisia, his father Said was one of those given the job of mediating the peaceful move to elections in 2011, or as Ferjani puts it, “negotiating the country’s way into democracy”. In another irony, sinister this time, the first people Said had to deal with were the same who had been involved in his torture in 1987. “It was necessary: he needed to help create a sense that there would be laws protecting the transition — that it wouldn’t just be a free for all,” Ferjani tells me. “And to that extent, I think my father did something that he should be proud of, because the situation didn’t escalate into street killings or acts of vengeance or anything like that, which was what so many people feared would happen.”

If that was a high point, it didn’t last for long. The new government soon found it hard to provide for the enlarged expectations of its citizenry. People began to feel they weren’t being represented. The new 2014 constitution — the explicit goal of which was to “build the state, for freedom from tyranny, responding to its free will, and to achieve the objectives of the revolution for freedom and dignity” — was not properly implemented.

Alongside these failures of governance was an explosion of disinformation in the media and online, particularly on Facebook. A favoured target was Nabil Karoui, a media mogul and candidate in the 2019 presidential elections, who was accused of hiring a Mossad agent to lobby for him in DC, which led to widespread accusations that he was an Israeli plant.

Into this chaos walked Kais — “an unremarkable teacher at university,” according to Ferjani — who was also a longstanding conservative who believed homosexuality was a conspiracy wrought by foreign powers. But he had one advantage. He was, quite simply, someone who could appeal to everybody. He spoke the language of nationalism to the Arab nationalists; of Islamism to the Islamists; and of law and change to the youth. In the end, everyone saw him as someone who was different — the change the country so desperately needed. Once in power, Kais began to speak out against anyone who might feasibly check his authority, especially the judiciary. He was always hinting at near-invisible, conspiratorial forces that were undermining the government and the rights of ordinary Tunisians. On 25 July 2021, he dissolved parliament and sacked the Prime Minister in the face of mass protests after years of government paralysis, corruption and a worsening economy. He has ruled by decree ever since.

In February, he dissolved the country’s Supreme Judicial Council, accusing it of bias. The council rejected his decision, saying in a statement that “it would continue carrying out its duties”. The move struck at the heart of Tunisia’s legal system because the council is charged with ensuring the independence of its judiciary. If it wasn’t clear before that Kais had abandoned even the pretence of being a democratic leader, there is no doubt about it now.

“We have seen a ruler undermine every single democratic institution that was built by Tunisian people following their careful development post-revolution,” says Rashad Ali, Senior Fellow at the Institute for Strategic Dialogue. Even worse, he explains, “European democracies have stood by, watched, or at times tacitly supported these regressive measures.”

Ferjani agrees. “Right now, it’s up in the air. There’s even been pressure to concede the referendum result because of fears for stability and threats of violence in the streets.” On 28 July, just days after the referendum, US Secretary of State Antony Blinken expressed concerns that “Tunisia has experienced an alarming erosion of democratic norms over the past year and reversed many of the Tunisian people’s hard-won gains since 2011.” In response, through a statement on the presidential Facebook page, Kais affirmed “the independence of the national decision and his rejection of any form of interference in national affairs” and declared the “only voice is the voice of the people”.

Ferjani claims that the response to these words from European capitals was “mealy-mouthed”, which has only emboldened Kais. He sees EU powers as partly culpable for recent events in Tunisia. “The EU,” he says, “is part of the reason for the return of autocracy in Tunisia.” 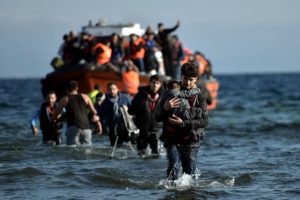 How a one-man protest in Tunisia led to Brexit

According to Ali, events in Tunisia now pose a danger to the whole continent. “Safeguarding democracy and democratic values and supporting those fighting for it is in Europe’s interest and recent events in Ukraine have shown the dangers of allowing regressive and authoritarian politics any foothold within or around European frontiers,” he concludes.

There are clear things that the Europeans can do. First, as the Blinken episode revealed, Kais Saeed and his inner circle are sensitive to messaging. Holding them to account in terms of their failure to meet democratic standards, not normalising claims that what is unfolding is democratic, is key. EU powers must therefore accept that the parliamentary elections coming this December will not be fair, rather than bolster the absurd government claims that they will be a democratic step which aids Kais enormously.

Second, they must ring-fence aid and tie it to enhanced scrutiny of Kais’s inner circle and Tunisia’s tender process. At present there is no real way of checking that the money earmarked for helping Tunisians, and ensuring the economy doesn’t collapse, is going to the right place. The finances of Kais and his inner circle need to be investigated and the results properly communicated, so that policy makers in donor states are aware of where the money is actually going. Not least because Kais and his inner circle are always blaming outsiders for the country’s financial problems.

And finally, they should be unequivocally supportive of the Tunisian voices opposing Kais. In the end, Ferjani’s message is simple: “If Europe wants help Tunisia, it needs to admit publicly that it is no longer a democracy.”

It’s common in European capitals to lament the curdling of the Arab Spring into winter; less common is to hear the same lament for multiple failings of EU governments. Most of what happened during those revolutions across the Middle East was and is obviously beyond their control. But the case of Tunisia shows that when you are content only to mouth the platitudes of democracy, you not only fail to support it but end up enabling its opposite: autocracy. In the end, while the diplomats in Brussels and Berlin sleep and dine in comfort, it is the people on the ground who suffer, as they always do.