When the Spanish seafood firm Nueva Pescanova recently announced its plan to open the world’s first octopus farm, many animal rights activists (and the wider public) reacted with horror. Taking intelligent creatures from the wild to exploit them for human gain is seen instinctively as a moral step backwards.

In fact, octopuses are one of the species about to gain a new level of protection in the UK, along with decapods (lobsters, shrimp, and so on) and all vertebrates. The new Animal Welfare (Sentience) Bill, currently working its way through parliament, calls for the creation of a committee to assess whether government decisions have due regard for the welfare of animals “as sentient beings”. It will join EU legislation, which has recognised animal sentience since 2009, as well as that of countries including Australia, Switzerland and Brazil. Going a step further, a number of bodies in recent years have attempted to secure legal personhood for individual animals held in zoos and research facilities, though with little success to date.

These efforts owe much to the concept of “speciesism”, popularised in the Seventies by bioethicist Peter Singer. Drawing a provocative comparison with racism and sexism, he argues that there is no reason that a morality based on minimising suffering should be limited only to humans. Fifty years ago, this argument was radical. But today, the idea (or something like it) is banal enough that the passing of the Animal Sentience Bill has come up against virtually no opposition. Few would argue that animals do not have sentience (“the capacity to experience feelings and sensations”) — though the moral implications remain much more controversial.

The fact that this conversation is being had at all is in itself a striking reflection of how far the Enlightenment moral project has come. If you suggested to the average person living 500 years ago that keeping octopuses in confinement was an unconscionable cruelty, I expect they’d have thought you were mad. This was an era when public torture and executions were good family fun, and London Bridge was decorated with the severed heads of victims; when people thought nothing of children or servants being flogged for misdemeanours, and unwanted infants were left to perish in their thousands. People would have been inured to brutality and death to a degree that is almost unimaginable to us nowadays. While the world around us has become steadily less violent, until the very recent past any stirrings of empathy for animals would have been hammered out of people at an early age. If from childhood you are wringing the necks of chickens you’ve raised yourself and plucking them for dinner, there is no space for worrying about their sentience. What good would it do you?

The emotions that guide our morality — empathy, guilt, a sense of fairness — don’t exist to guide us towards some objective moral truth. We’re evolved creatures, and these are adaptations that help us get along with each other — and aid our relatives or allies in times of need. Depending on when and where we live, these emotions might take very different forms.

Today, a child’s interaction with live animals is most probably limited to pets, who are increasingly treated as part of the family, or even as an alternative to having children of one’s own. For many of us (or at least, the 99% who aren’t vegan), reminders of the flesh and blood origins of the food we eat elicit pangs of guilt, and feel like a hangover from a more bloodthirsty and animalistic past.

But this is the elephant in the room in all discussions of animal welfare. Despite our newfound squeamishness over seeing how the sausage is made, the exploitation of animals for food is central to our species’ way of life. As the human population has become much larger and wealthier in the last century, global meat consumption has climbed to unprecedented heights, both per capita and in absolute terms. When it comes to chickens in particular, the scale of increase boggles the mind — over ten times as many chickens are eaten today as at the beginning of the Sixties. Though supermarkets in the Anglosphere are increasingly likely to stock plant-based No Chicken Kievs as an alternative, these put barely a dent in the market for the real thing, which is projected to continue expanding for years to come.

For all our talk of animal welfare, the ancient and widespread practice of killing animals for food is not going anywhere any time soon. And while this is the case, legal proclamations like the sentience bill seem rather toothless and hypocritical. What can it mean to recognise animal sentience if we also condone the slaughter of animals in their billions every year?

It’s not just the eating of animals where a true rejection of speciesism would have profound consequences. For instance, if we stop and think about the sentience of rats and mice — social, intelligent creatures — can we really justify razing entire communities of them simply because we don’t want them in our restaurants and cafés?

Then there are the animal genocides we commit in the name of conservation. Efforts to preserve the biological integrity of the Galapagos islands have seen sniper hit squads hunting down invasive goats by helicopter. In 2018, the largest eradication scheme in history led to the island of South Georgia, home to albatrosses and other endangered seabirds, being declared officially rodent-free. And if you have a pet cat, her continued survival depends on the deaths of the chickens, cows, and fish that go into her can of Purina, not to mention the hundred or so small mammals and birds she personally dispatches in an average year.

Should we let the albatross and the Galapagos tortoise go extinct, or euthanise our pets for the greater good of animal kind? And for that matter, what about all the carnivorous animals in nature subjecting their brethren to horrific ends every minute of every day? What of those that die in even greater numbers from exposure, starvation and disease? Why shouldn’t our duty of care for animals as sentient beings extend to preventing their suffering too, as it surely would for humans? 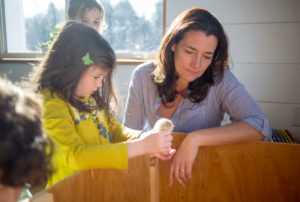 The bloody truth about animals

All of these questions become impossibly knotty unless we do what we’re accustomed to doing for our own sanity and convenience, which is to draw a sharp dividing line between humans and non-human animals, declaring that only the individuals on the near side of that line are worthy of our full moral consideration. Even if we could prevent all animal suffering, we wouldn’t want to — this would mean a total dismantling of the circle of life that keeps all the planet’s ecosystems in balance.

But this kind of approach becomes less and less acceptable to a world that is increasingly sensitive to violence, and where morality is derived from utilitarian principles (whose founder, Jeremy Bentham, said of animals: “The question is not can they reason … but can they suffer?”) rather than God-given (“Every moving thing that lives shall be food for you”). With speciesism, we may have reached the first point where modern moral sensibilities, having emerged from instincts evolved to help our species thrive as small bands of kin millions of years ago, hit a major roadblock imposed by the limitations of the physical world.

The UK’s animal sentience bill is brief, containing no detail as to how exactly animal interests should be weighted. Even PETA’s press release celebrating the passing of the bill doesn’t mention any specific practices that they hope it might restrict. As our aversion to violence increases further, I expect we will see a ramping up of non-specific proclamations in favour of animal rights, and of debates over banning things such as trophy hunting or foie gras, which are so minor in the scheme of things they might as well be symbolic gestures.

But at the same time, the number of animals killed for our consumption shows no sign of declining or even plateauing. A hundred years from now the prospect of putting a genuinely anti-speciesist worldview into practice is likely to remain as impracticable as it is today. Our moral intuitions may be changing, but we have no way of escaping the natural world that we’re part of, red in tooth and claw. A substantially brighter future for animals seems unlikely. And for humans, the future spells a lot more cognitive dissonance, as our evolving ideals will continue to bump up against the constraints of the world in which we find ourselves.