What does “queer” mean to you? For many older gays and transsexuals, it’s an unpleasant reminder of past homophobic encounters, some of them physically threatening. Yet thanks to its positive recuperation over the last 30 years, today queerness means something completely different. It’s now an umbrella “identity”, covering everything that’s non-standard and non-vanilla in the sexual world, from boring old lesbians to more brilliant non-binaries, demisexuals, kink-lovers, and beyond.

In recent years, queerness has also become a fascinatingly multifunctional symbolic object in the psyche of the nation, simultaneously representing both sexily avant-garde transgression and fully paid-up membership of the British establishment. Compelling new evidence of the latter is provided by the opening this week of a museum celebrating “LGBTQ+” history in central London. Entitled “Queer Britain”, the venture is financially supported by M&C Saatchi, Allen and Overy, Levis, and Coutts, and lists partnership with the V&A, the National Trust, the Tate, the British Library, and English Heritage on its website.

In stentorian tones more reminiscent of the Queen’s Platinum Jubilee than Derek Jarman’s Jubilee, we are told that the museum “will be an essential place for all regardless of sexuality or gender identity, to find out about the culture they have been born into, have chosen or seek to understand. It will help complete the Nation’s family tree.” Online events in the run-up to its opening included partnering with a wine company to run a competition asking what “queer creativity” means, and a celebration of the launch by the Bank of England of what’s surely the least visible banknote in its history to date — a £50 note featuring Alan Turing, unlucky in his timing once again.

A project on the history of the gerrymandered categories of “LGBTQ+” and “queer” is, of course, a fantastic idea; were it done properly, it would be genuinely exciting. Ideally such a museum would interrogate the sociological and historical conditions of its own movement. It might ask, for instance: what economic forces have shaped its transition from the gay rights movement of 20th Century to the present rainbow soup, in which many lesbians and gays feel they are not waving but drowning? Who gains and who loses from this radical reorientation?

Relatedly, a serious historical inquiry might ask: how did Stonewall move from defending the rights of homosexuals in the Nineties to arguing in 2022 that lesbian women should date members of the opposite sex — that is, males who identify as women — or else be judged as motivated by “social prejudice” and even “sexual racism”? And while historians were at it, they might also consider how our society has moved from the laudable aim of depathologising homosexuality, to a now fairly widespread acceptance of the chemical castration of confused gay youth, under the guise of “transitioning” them — a fate horribly reminiscent of the one meted out so vindictively to Turing. All fascinating historical questions, none of which are remotely likely to be asked within the glossy corporate-friendly walls of Queer Britain, I predict. In truth, queerness as framed by its most culturally powerful representatives has absolutely nothing to do with the average gay man, lesbian, bisexual, or adult transsexual in the UK. For most of these, their sexual orientation or feelings of gender identity are not the chief source of meaning or motivation in life, and hence they are not particularly politically engaged in activism nor in posturing online about queerness. This leaves the field clear for rather more self-interested people to take both the mic and the money. The fantasy conjured up by the overused phrase “LGBTQ+ community” might suggest a cohesive group with genuinely shared interests, if not some sort of glittery high-camp version of the Bruderhof, but in fact the term is a shiny carapace shielding the eyes of straight people from big underlying divisions.

Though you’re unlikely to see an exhibit about it at Queer Britain, at the top of the pile sits an uneasy coalition of two radically different factions, each indifferent to the interests of many for whom they jointly claim to speak. The first of these factions is the sexual libertarians, mostly accounting for what remains of the avant-garde reputation of queerness in the public mind. Broadly speaking, this group wishes to erode most prohibitive sexual norms in society, considering them as pernicious curbs on individual freedom. Some are gay men, some are transwomen, and some are — as the lingo goes — “cis-het” but overcompensate for it by means of elaborate tattoos, the sort of facial hirsuteness last seen on a Victorian parson, and an ostentatious interest in pornography. All have a strong theoretical interest in sex (perhaps not so much in practice, given the amount of time spent talking about it, but who knows?).

What unites this group is the conviction that there’s no sexual act between adults that cannot be redeemed through the magic of “consent”. A significant number of them are to be found in universities, opining scholastically about chemsex, BDSM, furries, sexual choking, or whatever the latest and hottest transgression is supposed to be. Another notable presence is in the creative arts. In terms of concrete political projects, they mostly nick ideas from the instinctively libertarian youth culture currently going haywire on the internet. Indeed, a lot of unthinking public support for sexual libertarian projects comes from the merging of those projects with those of more idealistic and naive teenagers, doing their best to piss off their mothers by talking loudly on the internet about sexual deviancy.

Meanwhile, to situations where consent is obviously absent — as in the large number of sexual offences against women — the response from sexual libertarians is mostly studied indifference. These people are not in the business of public sexual disapproval, after all. Yet despite being norm-averse in sexual matters, they are often happy to enforce social sanctions against those who they consider political enemies, tending to be highly censorious about speech they perceive to threaten their own interests. They like to call themselves feminists, though only on the understanding that Judith Butler has definitively shown that women don’t really exist. Though a few pay surrogate “birthing bodies” to produce Insta-friendly babies, most don’t have children; but this doesn’t stop them having very confident opinions on the rearing of “trans kids” or on sex education in schools. 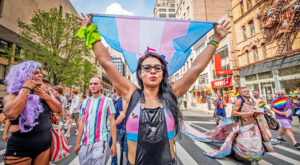 The second significant influence on contemporary queer culture could not be more different. These are the rainbow bureaucrats: the charity workers and trustees, managers, PR specialists, lobbyists, and equality advisers who keep the whole corporate-friendly show on the road. In contrast to the sexualised norm-busting swagger of the libertarians, the dominant idiom here is completely asexual and intensely moralised. The self-appointed role of the rainbow bureaucrat is to educate, to sooth, to care, to “manage difficult conversations”, to protect, and to inspire. The tone is comforting, homely, and eminently responsible. It’s time for tea and biscuits, not for chemsex. And as with bureaucrats everywhere, there is also a positive relish for rules and norms: what words to say and not to say, what badges and lanyards to wear, what Stonewall holy days to mark, what petitions to sign, what bake sales to have, what mantras to chant, what merchandise to buy. There is also a strong legislative instinct — as soon as there is a norm they approve of, there probably ought to be a law or a policy to help it along.

An illustrative example of this side of the queer coin is the Mermaids website, where a basic aim of the charity — lobbying to make medical and social transition easier for minors — is placed within a miasma of cooing, caring, supporting, “affirming”, and consoling. Colluding against potentially protesting parents, the site even tells kids that “if you are nervous about visiting our site then you can click on the arrow over on the right-hand-side of the screen and it’ll take you to another page”. (The arrow takes you to Wikipedia.) So much for out and proud.

These, then, are the two signatories to the exceptionally weird pact underpinning queerness as a contemporary cultural phenomenon in the UK — between one side who believes nothing and one who believes everything; between the icily cold and the warmly caring; between those who say fuck the police, and those who want to call the police (in Mermaids’ case, quite literally, as was revealed last week). The sexual libertarians steal their ideas from youth cultures online, while the rainbow bureaucrats operationalise those ideas, earnestly selling them back as identities to the next generation of young consumers, as well as selling on the victimhood tropes that will keep the cash flowing from corporates keen to have a socially responsible-looking brand.

Perhaps it won’t have escaped the reader thus far that there’s a biological element to all this too. The sexual libertarians are mostly men; the staff and trustees of Mermaids are nearly all female — no matter how they identify — and, in my experience, so are most other rainbow bureaucrats. Despite foundational intellectual myths, it turns out biological sex matters in the queer world too. And though they won’t like it, it’s tempting to see these two factions as part of a tediously conventional nuclear family, with rebellious jack-the-lad Dad and solicitous stay-at-home Mum, and with many confused children shunting between the two. 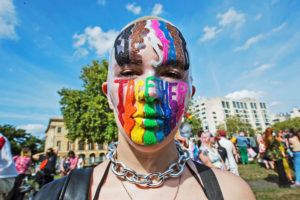 Between them, these two symbolic parental figures allow queerness to be all things to all (non-)men, depending on what the interest is at the time: sexily threatening or passively threatened; thrillingly disruptive or reassuringly conventional; cynically nihilistic or earnestly idealistic. Their joint influence explains why the adjective “queer” might as easily be added to a Brighton nightclub flyer as to an NHS pamphlet or an article in the Women’s Institute magazine. It also explains why the whole “LGBTQ+ movement” remains so impervious to criticism. Should a sexual libertarian ever go rogue and overdo the transgression (say, by claiming that “children have sexual desires at an early age”), or should a rainbow bureaucrat ever get sloppy with procedure (say, by committing a massive data breach), other bureaucrats will instantly appear in reassuring mummy-mode to steady the horses, talking soothingly about best international practice and strong safeguarding policies.

If a back-up is needed, a pre-digested narrative stands ready for employment at any time, which says that any criticism must be motivated by phobia. And since victimhood sells these days, both to troubled kids looking for a spiritual home and to corporates looking for a progressive brand image, a crisis is thereby neatly turned into an opportunity for growth. Truly, when they called this whole racket queer, they weren’t wrong.