In 1918, Woodrow Wilson’s Democratic administration passed a piece of legislation it hoped would accelerate the end of the First World War. The new law didn’t directly concern the military — nor was it a revolutionary act of foreign policy. Rather, its target was ordinary American citizens.

Passed shortly after the Espionage Act, the Sedition Act made it a crime to “wilfully utter, print, write, or publish any disloyal, profane, scurrilous, or abusive language about the form of the Government of the United States”. In other words, it was intended to stifle dissent. And by all accounts, it was immensely effective: it was used to convict 877 people between 1919 and 1920.

In the century since it was passed (and swiftly revoked), the Sedition Act has largely been viewed as a legislative artefact, an embarrassing quirk that’s best forgotten. In recent weeks, however, its spirit appears to have been rekindled by another Democrat President — one who may not be at war, but nonetheless finds himself under siege. Late last month, the Department of Homeland Security (DHS) announced the creation of a sinister-sounding new unit called the Disinformation Governance Board. When asked to justify its formation, White House press secretary Jen Psaki explained: “It sounds like the objective of the board is to prevent disinformation and misinformation from traveling around the country in a range of communities, and I am not sure who opposes that effort.”

And so the mask slips. As became clear in the following days, the Board has been established to legislate fake news and mistruths out of existence, as if they were draughts of toxic air, wafting out of laptops and cell phones into the eyes and ears of unsuspecting citizens. It’s hardly surprising that the Board was swiftly condemned as the ill-disguised attempt at state censorship it is.

The main clue to its true mission was the person chosen to lead the unit: Nina Jankowicz, a government specialist in “disinformation” who has an unhealthy record of disseminating disinformation for the Left and then singing about it, Mary Poppins-style, on TikTok. In 2020, for instance, she dismissed the New York Post’s story about Hunter Biden’s laptop as Russian disinformation and a “Trump campaign product”. In October last year, she claimed that parental concerns about the teaching of critical race theory in schools were merely “one of those hot-button issues that the Republicans and other disinformers, who are engaged in disinformation for profit… have seized on”. Given her past comments, it’s hard not to view her appointment by Joe Biden — indeed, the creation of the Board itself — as anything other than a cry of desperation. The midterm elections, when congressional seats are contested, are fast-approaching. For weeks now, most commentators have been predicting calamity for the Democrats. And it’s not hard to see why: America’s post-pandemic economic recovery has stalled; gas prices have soared; inflation is above 8%; violent crime, especially homicide, remains at a disturbingly elevated level; and America’s Southern border is seeing record illegal crossings.

Faced with such a crisis, the rational thing for Democrat leaders to do would be to review their policies on these kitchen-table issues and change course. They could, for instance, invite their former Treasury Secretary Larry Summers back to advise the President on the economy. They could reassess ill-considered climate policies, such as the closure of the Keystone Pipeline and the regulatory war on fracking. They could even re-examine their naive programmes on crime and punishment, from defunding the police to putting felons back onto the streets. As for who could lead this course-correcting effort, there are ready-made centrist Democrats, such as Senators Joe Manchin and Kyrsten Sinema, waiting in the wings.

But this is not where the party is today. The most influential voices are still on the far-Left, in the Bernie Sanders and Alexandria Ocasio-Cortez corner of the tent. And the Democratic Socialists want to double down on their madcap agenda — party and voters alike be damned. How they achieve this is where Jankowicz comes in. The Democrat’s progressive wing knows it will never win over the American public by relying on the mundane methods of political campaigning. Its only hope is to frighten, censor and indoctrinate voters into accepting their agenda.

This explains the ill-judged idea of a Disinformation Governance Board. It also explains the hysterical Left-wing response to Elon Musk’s bid to take over Twitter. Having established such a stranglehold on social media in recent years, to the point that the last Republican President was effectively cancelled from the Internet while still in office, the Democrats are appalled by the thought that free speech might be restored to one of the major platforms. This isn’t a war between good and evil

Yet the creation of the Disinformation Governance Board marks a clear turning point, signalling the consolidation of state-sanctioned censorship. Once “disinformation” has been identified, we are told, “DHS then shares factual information related to its mission to potentially impacted people and organisations”. DHS has insisted that the Board does “not have any operational authority or capability”, while Psaki stated that “the mandate is not to adjudicate what is true or false online or otherwise”. But how else is it to identify disinformation and combat it with “factual information”?

This is, of course, a facsimile of the playbook adopted by media companies during the course of the Covid-19 pandemic. Remember when Twitter started warning us not to pay attention to such “disinformation” as the hypothesis that the Covid coronavirus was leaked from a laboratory in Wuhan? Or when highly qualified medical scientists were threatened with cancellation for arguing that lockdowns were doing more harm than good? With every passing day, these arguments look more convincing. Yet for more than a year they were regularly denounced as “disinformation”. And for more than a year, they were effectively silenced. Given the option of deploying such an effective political weapon, is it any wonder that the Democrats are now drawn to its use?

Of course, not everyone in the Democratic Party supports what is being attempted here. As Jim Himes, the Democratic Congressman for Connecticut’s 4th District, has observed, “the government has no business saying that this is disinformation and this is information”. Even President Wilson himself quickly recognised that for all its practical, short-term benefits, the Sedition Act was having a poisonous impact on American democracy. It was swiftly repealed in 1920; a year later, Wilson offered clemency to the vast majority of those convicted under the act. 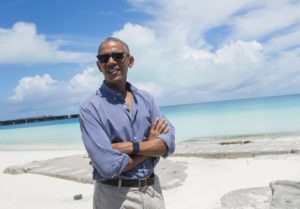 Of those who were prosecuted under the Sedition Act, most belonged to the pacifist Left. Yet the Democrat advocates of the Disinformation Governance Board appear to have forgotten this, along with the age-old problem of censorship’s use as a political tool: it’s incredibly helpful at crushing dissent — until you find yourself on the receiving end.

Could the Democrats be about to learn this the hard way? It’s looking increasingly likely that, come 2024, a Republican will be returned to the White House — with that Republican likely to be Donald Trump. Forget angry parents tweeting about Critical Race Theory. If Trump wins a second term and takes control of the Disinformation Government Board, then the Democrats really will have something to worry about. And if that does happen, they will only have themselves to blame.