Have incels been galvanised into political action? Will misogyny become central to democratic elections? These questions were being batted about last week as South Korea’s first “incel election” ended with Yoon Suk-yeol, the “incel candidate” from the conservative People Power Party winning.

The concept of the incel election first went viral a few months ago after a thoughtful piece by S. Nathan Park described the influence of People Power Party’s Chairman Lee Jun-seok – a conservative pundit and “anti-feminist” – on young men, and the potential impact of this demographic on the presidential election. Subsequent articles speculated not only about whether this victory signifies the end of gender equality in South Korea, but whether this election is a harbinger of things to come.

But before everyone gets carried away, a corrective. This election has nothing to do with incels; the voters in question were probably not incels; misogyny is not unique to incels.

It stands to reason that the high rate of “sexlessness” in Korean adults – particularly young men, though it’s high across genders and age groups which is probably indicative of a nationwide unipolar depression — may very well alter people’s overall sense of well-being, fulfilment and belonging in the world, and thus, their political beliefs as well. But there is no evidence that the issue of sexlessness or celibacy played any role in this election. Despite their best efforts, not a single journalist was able to furnish a quote from anyone hoping to finally get laid under the Yoon administration. So we’re really not talking about an “incel movement” at all. And when a term has implicit associations with violent extremism, flippantly using it to describe a group of young men whose views one finds abhorrent is ill-advised.

Unfortunately, the term has become shorthand for exactly that: angry young men with bad political takes. These are men who feel marginalised, who don’t have families, who are struggling to find purpose and their place in life. Many of them are unemployed, underemployed, or struggling in school. In the West, they’re often described as white or working class, and they live in progressive, economically developed societies. They probably also live in a society where income inequality is growing and unemployment rates are high.

That profile fits for incels, at least for the media’s portrayal of them, and it fits for the Proud Boys, and the Oath Keepers, and also for extremists on the far Left – such as Antifa’s Black Bloc. Details about race and class vary depending on the cultural context, but the fact that young men with nothing to lose is the demographic most likely to embrace a radical or subversive new political ideology is consistently true, and it has been throughout history.

In The True Believer, published in 1951, Eric Hoffer brilliantly described the conditions that compelled people to join “mass movements” of social or political protest with Twenties Germany as the backdrop. Mass movements appeal to people who feel powerless and unappreciated in their lives and who tend to externalise their frustrations rather than looking inward. The group most likely to embrace a radical new ideology is one Hoffer called the New Poor, who may in fact be middle class, but perceive a recent loss in income, social status, or security that was out of their control. Hoffer’s account was written in response to the turn toward Communism and Fascism, but extreme or subversive political movements have been drawing in a new crop of New Poor with remarkable agility over the past decade, with the aid of technology. Social media and alternative platforms have given independent content creators and their ideas exposure to a global audience of like-minded fans who can instantly communicate with each other. These platforms have also contributed to and benefited from a climate of hyperpolarisation by promoting provocative, contentious speech.

Indeed, most of the “anti-feminist” ideas espoused by Yoon and his supporters during the campaign should be instantly recognisable to anyone familiar with the online ecosystem known as the Intellectual Dark Web, or the Manosphere, or parts of the Alt-Right: the advantages of social programming and affirmative action in favour of women, the suggestion that the pay gap is not real but the result of women’s lesser contributions, the issue of false reporting of sex crimes, the fact that men are conscripted for military service.

When applied to the United States, some of these arguments may seem exaggerated — but they do have an essence of truth. Data about rates of false reporting are inconsistent, but it does occur, despite #MeToo’s directive to “Believe women”. Family courts often rule in favour of women; the criminal justice system gives men harsher sentences for comparable crimes. These facts are generally ignored by feminists and frequently cited by their opponents.

Anti-feminism, like the other identitarian ideologies that have risen to popularity over the past decade, is characterised primarily by feelings of victimhood experienced by the in-group, and hostility toward the structural powers and privileges afforded the out-group — rather than actual hostility toward members of that group, as in overt misogyny. Anti-feminist groups are not necessarily misogynists for suggesting that if equality is the goal, then it might be time for men to get a push in some areas. Thanks to gains made by feminists in the latter half of the last century, women are outperforming men in many areas where they once lagged behind, or were not even allowed entry, such as higher education, where women currently comprise 60% of students. Whether this is due to an inherent difference between the sexes that allows women to better utilise certain aspects of the system, or a structural difference that directly benefits them more is an interesting question, but it’s ultimately irrelevant. When the current system similarly favours men, we rightly recognise it as sexist, and wouldn’t call its opponents “incels”. 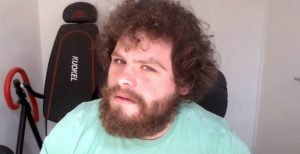 What the media gets wrong about incels

Of course, in South Korea, where the deeply patriarchal society is already much more divided along the gender line, anti-feminist talking points don’t land the same way. The country has a 35% pay gap between men and women, and is ranked lowest among the 38 member countries of the Organization for Economic Cooperation and Development on the “Glass Ceiling Index”. Two years ago, police uncovered a widespread network for trading non-consensual sexual images over Telegram, and Park Won-soon, the mayor of Seoul, died in a probable suicide amid rumors of sexual harassment complaint against him. Most troubling of all is the fact that despite a very low overall homicide rate, women in South Korea represent more than half of the victims, in stark contrast to the international average of 21%. High-profile events and statistics like these sit uncomfortably alongside tirades about how the wage gap and most sexual assault reports are all fake news.

Over the past six or seven years, populist candidates have been exploiting the grievances of young men all over the world, often with traditionalist messages that are underpinned by anti-feminist ideas. This resonates, in part, because most young people have issues with dating and the opposite sex, and unhappy young men almost certainly do. In Western countries with large immigrant populations, race and immigration are more potent issues than gender, partly because these countries have always had more equality between the sexes than traditionally Confucian South Korea, which has virtually no immigrant population, and where the reverse is true.

President Yoon is married and is certainly not an incel, and probably doesn’t really much care for this. But politicians opportunistically exploit the deeply held grievances of their constituents, appeal to their basest impulses, fears and prejudices. Not as a matter of ideology, but of political expediency. So Yoon pledged to abolish the Ministry of Gender Equality and Family in his campaign, which is unlikely to happen in a democracy like South Korea without a lot of bureaucratic gridlock, and even if it does, it’s unclear what programs would actually be affected or how. But, then, even his liberal opponent promised to remove the word “Women” from the Department’s official name.

Right now, though, there are more important issues to consider. Yoon, who was a prosecutor for 27 years and has no previous experience in politics, has voiced strong opinions about issues of foreign policy, expressing a hard line on North Korea, and a stronger alliance with the United States than with China, compared with the more diplomatic position taken by the previous administration that his liberal rival pledged to continue. Given the war in Ukraine, and current tensions with China, his position has been praised by the Washington Post as “a welcome turn toward the US”, and the Wall Street Journal as “an opportunity for closer security ties between Seoul and Washington”. Maybe in light of the recent eruption of conflict on the world stage, it is more important to focus on the foreign policy of the new “incel” president, rather than jumping to the conclusion that stunts from his campaign trail are putting human rights under threat.