In the middle of the night, I am often haunted by the thought of weeds and mould breaking through the parquet floor, of the roof falling in, or the space being populated by pigeons not parishioners. The creeping damp is the vanguard of our demise. Larkin’s poem swirls around my head: “When churches fall completely out of use, what shall we turn them into… a few cathedrals chronically on show… and let the rest rent free to rain and sheep.” Not on my watch, I say to myself defiantly.

But still, the sound of the tide going out on the sea of faith is unmistakable. The results of the 2021 census, announced this week, tell us that we are a minority Christian country, with just 46% self-defining as Christian. The humanists are gleeful. And the treasurer tells me we are again set to lose tens of thousands of pounds next year. Churches in poorer areas may not survive the coming storm. Ones set in the leafy suburbs may be able to reinvent themselves as fancy conference venues — but both will be subject to a kind of death.

Of course, the universal church isn’t in this situation. It remains the largest movement on earth, despite a little local difficulty in this part of the world. It just goes to highlight the woeful parochialism of so much of our media coverage. The narrative of secularisation, and of its inevitability, is linked to that dodgy old Enlightenment idea of progress — which is as much a matter of wilful faith as anything said from the pulpit. Numerically speaking, the 20th century was the Church’s best since its creation. Or is it that “progress” only applies to white Westerners?

Despite the success of the church worldwide, we are not called to be successful. We are called to be faithful. The central image of the Christian faith is of a man being strung up on a cross, mocked for his claims to royal authority. Whatever the outcome of this cosmic interruption, whatever its meaning, triumphalism has little place amongst the detritus of spears and spit that attended His gruesome end. For Christians, victory is claimed in the manner of His failing. A smaller church is not a failed church any more than a satsuma is a failed orange, as one bishop rightly put it.

Generally speaking, however, the leadership of the Church of England is still gripped by the debilitating fear of numerical decline. It nervously responds at every turn with cheesy new initiatives bent on making us relevant and popular. These often have the very opposite of their intended consequences: cathedrals have answered Larkin’s challenge by turning themselves into fun parks of crazy golf or helter skelters. “Please like us,” they plead, desperately, with all the panache (and success rate) of spotty teenagers dousing themselves in cheap aftershave in a bid to make themselves attractive to the opposite sex.

Of course, it’s no good thinking that we have the wrong sort of parishioners. In part, we have to meet people where they are. But nevertheless, our core mission is responding to a deeper seriousness in people. And chumminess with the divine is not the answer. Where the church is failing its parishioners is how thin our offer can so often be. People don’t want weak jokes from the pulpit — they want fire. And too often we have been short-changing people by simply reflecting back to them an undemanding slate of soft-Left progressive values that they already have.

Humanism is a heresy

There are three things the church leadership needs to hear: the uppermost among them is to stop being so afraid. “Fear not,” is the message of the Christmas angel. If God is in charge then, ultimately, we cannot fail. If God is not in charge, or does not exist, then we deserve to. We will not be saved by better management, or by a more compelling social media strategy: we will be saved by God or not at all. To say this is not to give us an alibi for inaction or laziness or lack of creativity — simply, to insist that we live or die by our theology.

You’d think we’d have learnt by now that relevance is an unappealing evangelistic strategy. We should be doing the very opposite of proclaiming our faith through the lens of popular culture. A minority church has the freedom to be defiantly culturally different, more learned even. It can be unapologetically serious about those things secular culture shies away from, like death and our need for salvation. We do not need to speak to God as if he were our mate. And we shouldn’t be so scared of people sometimes being a little bored in church: the silence of the monastic cloister is terrifying to a generation weaned on the internet and video games, but it is here that something deeper can be mined. The Church has to stop trying to satisfy every fidgety urge of its visitors.

Finally, we must fight to reclaim that particular strand of English Christianity — associated especially with the Church of England — that regards belonging as preceding believing. Going to church is a little like going to the pub. People speak of “my pub” or “my local” in the way they used to talk about “my church” — or at least they used to. This is a place where you expect to feel at home, where you belong. Here you are welcome whoever you are. 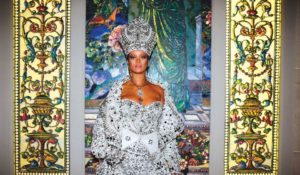 Unfortunately, as Christianity in this country has become a more urban phenomenon, people have stopped thinking of churchgoing as a local activity. Rather than a place where you sit among your local community, with the dead of that community buried all around, church is now seen as something you choose to do with like-minded people, even if they gather on the other side of town. This gathered church model certainly brings in the punters, but it is a deracinated church, a membership club for “people like us”. And as with all churches that concede to a market model, it is forever subject to the logic of boom and bust. As the Parable of the Sower has it, some seed falls on stony ground and springs up quickly but soon withers because there is no depth of soil.

The latest census has triggered a great deal of doom-mongering. I am merely adding to this, of course. Bishops do an impossible job and mostly do it pretty well, despite all the brickbats they receive. And the church will, of course, survive despite its diminished circumstances.

Ironically, I think the secular imagination has far more challenges in store. For once it has finished piggybacking on the inherited deposit of faith, it will have to work out what it believes and why. Not believing in anything, which is the fastest growing position, has nothing to offer as a foundation for many of our moral concerns. As Tom Holland has observed, human rights, for instance, borrow substantially from a Christian worldview. When that worldview disappears from sight, secular culture will be walking on little but thin air. Without a meaningful moral story to underpin it, might will be right and power supreme. This is why the weeds and the mould should worry far more people than just the vicar.