It was one of journalism’s greatest corrections. “We apologise for the Princess Diana page-one headline ‘Di goes sex mad’, which is still on the stands at some locations,” announced the National Enquirer. “It is currently being replaced with a special 72-page tribute issue: ‘A farewell to the Princess we all loved.’”

In its defence, the magazine could point to a multitude of other media outlets that had similarly been caught out by the sudden death of the Princess of Wales on 31 August 1997. And, more than the event itself, caught out by the public response.

Because the week that followed — between the fatal car crash in the early hours of a Sunday morning and the funeral the following Saturday, 25 years today — was an extraordinary moment, a week of all-consuming grief or hysteria (depending on taste), when nothing else seemed to happen, and nothing else mattered. There was only one subject of conversation, certainly in the media: radio phone-in shows experienced record numbers of calls, newspaper sales soared, and rolling news really came into its own.

There were two poles of attraction that week; two households, both alike in dignity. There was Kensington Palace, where Diana had lived. It became the centre of the people’s mourning: flowers costing an estimated £50 million were laid at the gates in a rising (and rotting) tide of tribute. And then there was Balmoral, where the Royal Family, including Prince Charles and his young sons, was on its annual visit. No visible expression of grief was forthcoming from that quarter, and even if that was understandable — after all, two children had just lost their mother and might wish for some privacy — the public was not in an understanding mood.

As the shock of the news began to recede in those days, the sorrow turned to anger, directed at the perceived failure of the royals to lead the national bereavement. “It is as if no one in the Royal Family has a soul,” raged The Sun, anxious to direct attention away from the paparazzi from whom Diana had been fleeing, and on whom the tabloids relied so heavily.

And since this was a time when flags were important to us, the anger focused on a third site: Buckingham Palace, where there was no flag flying at half-mast. The reasoning for this was protocol: only the Royal Standard flew over royal palaces, and then only when the monarch was in residence, and never, ever at half-mast. But that was precisely the sort of inflexible convention that Diana, the rebel daughter of an 8th Earl, had stood against. “I do things differently, because I don’t go by a rule book,” she’d said in her 1995 Panorama interview, “because I lead from the heart not the head.” That was the division that Diana Week exposed: head vs heart, duty vs feeling, the stiff upper lip vs the trembling pout. The Royal Family, wrote Daily Mirror columnist Tony Parsons, were stuck in the past, “undemonstrative, buttoned up, reluctant to show their emotions in public”, while the multitudes outside Kensington Palace were “very much a part of new Britain – emotional, passionate, willing to show their feelings. Just like Diana herself”. And if the nation was divided, the battle of the flag seemed to show who had the upper hand: on the Thursday, a Union Jack was duly hoisted to half-mast over Buckingham Palace.

There was much speculation that week about the end of the monarchy. Indeed, even before Diana’s death, republicanism had been on the rise. The year had started with an ITV show, Monarchy: The Nation Decides, filmed before a 3,000-strong audience at the NEC in Birmingham (more familiar to viewers as the arena for Gladiators). Less a debate than a forerunner of reality TV, it broke the record for Britain’s biggest ever phone-vote: 2.6 million calls were taken, with a third supporting the abolition of the monarchy.

A more orthodox poll by ICM in mid-August produced the same result: 30% said Britain would be better off without royalty, up from 13% a decade earlier. The upheavals of Diana Week seemed to have accelerated that trend.

How Morrissey revived the Union Jack

What halted the forward march of republicanism was the deployment of Princes William (aged 15) and Harry (12). They were carefully shielded from the media for the first days, but the pressure grew too great. On the Thursday, they appeared before cameras at Balmoral; on Friday they looked at the flowers and tributes outside Buckingham Palace; and on Saturday they walked behind their mother’s coffin in a funeral procession, the broadcast of which attracted a near-record of 32.1 million viewers — just shy of the 1966 World Cup Final. And the country felt better for having wept over the poor motherless mites. A poll by MORI immediately after the funeral showed just 18% in support of Britain becoming a republic.

It was, though few were prepared to say so, a bit ugly. A large part of Diana’s appeal had been her identification with the vulnerable. “I understand people’s suffering, people’s pain,” she’d said, in a leaked phone conversation. “It’s not only AIDS; it’s anyone who suffers. I can smell them a mile away.” Now, in her name — and in the interests of showing that we were a kinder, gentler nation — we demanded that her children parade their suffering on our behalf.

Then came the comedown. On Sunday there was nothing to do or to see, but still three million people found their way to the royal parks in London, seemingly reluctant to let go of the sense of a shared experience. And on Monday there began the process of forgetting just how bizarre that week had been, the sheer enormity of the public display of emotion, the “Latin American peasant hagiolatry”, as Boris Johnson called it. 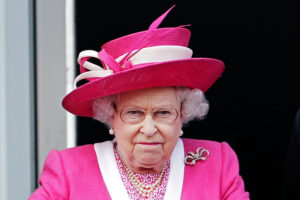 “We live in an age where feminism is a fact,” concluded Johnson, “where giving vent to emotion in public wins votes.” And that seemed to be the lesson. Tony Blair, who’d been elected just four months earlier, was the big winner of the week. He was convinced that his mantra of “New Labour New Britain” was in tune with the country that Diana symbolised. “In temperament and time, in the mood she engendered and which we represented, there was a perfect fit,” he wrote in his memoirs. And he might have been right; in the aftermath of her death, the opinion polls showed him with an approval rating of 93%, the highest ever recorded for a prime minister.

The Conservatives, on the other hand, were nowhere. Already reeling from their worst election defeat since 1906, they simply couldn’t fathom the mass mourning at all. “I walked through the crowds,” reflected one Tory ex-cabinet minister, “and realised this was no longer a country I truly understand.” In due course, the party decided to put that right with the election as leader of David Cameron, a man who, as a 14-year-old, had camped out on the Mall to witness the wedding procession of Charles and Diana. The assumption was that Diana had won. We’d finally shed the Victorian values championed by Margaret Thatcher. We were all emotionally literate now. Except that it doesn’t really feel like it. The clash of values that made such an impact in 1997 hasn’t been resolved one way or the other. It’s become more intense, more bitter, so that we now talk of a culture war, a conflict in which the two sides are pretty much the same as they were then. It’s still about heart and head, the subjective vs the pragmatic. The injunction to “be kind” still comes with an element of emotional bullying, and those who dissent are still, as John Redwood wrote of Diana Week, “well advised to keep their thoughts to themselves given the surge of public sentiment”.

And since this is Britain, the Royal Family is expected to play its part. So Harry is the champion of the Kensington Palace tendency, albeit transplanted to California. He’s prepared to tell anyone who’ll listen about his “genetic pain and suffering” and about his wife’s “lived experience”, in terms more Spencer than Windsor. (“I’ve never discussed private matters and I don’t think the Queen has either,” snapped Prince Philip, back when Diana was still alive.) Harry is not reluctant to share his truths. But every time he does so, he comes under increasingly heavy fire, and sheds more support. A YouGov poll in May this year showed just 32% seeing him in a positive light; even among those aged 18 to 24 — supposedly his constituency — this only rose to 42%.

William, on the other hand, is the heir to Balmoral, though with better PR advisors. There’s no radical departure from tradition here, just a steady adaptation. And the result is that he’s polling second only to the Queen as the most popular royal, with his wife in third place. The month after the funeral, the Queen mused: “I sometimes sense that the world is changing almost too fast for its inhabitants, at least for us older ones.” But she’s still with us, still quietly adapting.

Over the last 25 years, the noise from those rolling news channels, amplified by social media, has given the impression that society is in a state of frenzied change. Technology may be, but human beings are not. There is a generational evolution, as there always is, but what appeared to be a major step-change in 1997 was deceptive. Diana Week turned out to be an exception, not the making of a new rule. “Papa doesn’t embarrass me,” William was quoted as saying in 1995. “Mama does.”