Whatever the origins of the Ukraine war, the West and Russia are now engaged in a broader confrontation that is not confined to the military struggle: the war has become a competition in pain-tolerance.

This is, as Thomas Schelling wrote, “a conscious process of dirty bargaining”, whereby each side tries to inflict pain and suffering on the other side until one or both yield. Put simply, the West and Russia are playing a violent version of the schoolyard game Mercy. The centrepiece of the West’s effort to inflict pain on Russia is what the historian Nicholas Mulder has called “the economic weapon”, which has been deployed at unprecedented scale. The centrepiece of Russia’s effort to inflict pain on the West is the commodities weapon. In this competition in pain-tolerance, it is not immediate whether the West or Russia has the upper hand.

The West unleashed the economic weapon with considerable fanfare. Russia, with a GDP smaller than South Korea, was treated not as a great power adversary but as a rogue stake akin to Iran — a nuisance that could be rather effortlessly strangled through the unrestrained use of Western sanctions. Great hope was placed on the idea that these sanctions would inflict such catastrophic pain on Russia as to undermine the Putin regime.

These hopes and expectations were based on wishful thinking. Non-Western powers — China, India, Brazil, Mexico and South Africa — simply refused to play along with the West. They appeared more worried by the West’s weaponisation of the dollar system than by Russian aggression against Ukraine. Even more importantly, Western leaders were gravely mistaken in their idea that Russia was a second-rate power that could be simply crushed with the economic weapon.

This idea was inconsistent with any clear-eyed evaluation of the facts. The Red Army was the strongest land army in the world from the mid-Thirties to the late-Eighties, and by the early 2000s, Putin had revived the Russian army following a brief period of disinvestment and neglect. The Russian army has seen action in a series of small wars since Putin came to power, demonstrating operational and tactical competence.

Thanks to its nuclear arsenal, Russia has enjoyed strategic parity with the United States since the late Seventies, which has allowed it to deter more direct US intervention in the Ukraine war. President Biden has wisely ruled out sending US combat forces to directly engage Russian forces. And despite a botched invasion plan, the baseline scenario for the Ukraine war remains an outright Russian victory. If that happens, the Ukraine war will look in retrospect very much like the Winter War of 1939-1940, in which, despite many early reversals and heavy losses inflicted by the Finns, the Soviet steamroller ultimately prevailed through sheer material superiority. Russian GDP may be small, but Russia is, together with the United States, one of the only two states in the international system that can survive relatively unscathed in complete autarchy. Indeed, Russia is not dependent on the world for hard-to-replace stuff — the world is dependent on Russia. It supplies a significant fraction of the world’s energy, metals, fertilisers, and food.

The upshot is that the West’s economic war on Russia is generating tremendous blowback in the form of sky-high commodities prices and the mother of all inflationary shocks to the world economy. Just like imposing an economic blockade on Saudi Arabia is a recipe for self-harm, trying to economically strangulate Russia is a fool’s errand. The breakdown of Russo-Western relations has generated a food crisis, an energy crisis, and a broad-based inflationary shock the likes of which we haven’t seen since the oil price shocks of the Seventies. So, the Russo-Western confrontation is extremely costly for the world at large. Meanwhile, Russia’s coffers are overflowing from commodities exports. So much for the economic weapon.

It is not just that imposing costs on Russia is very costly to the West and the rest of the world. With Western opinion leaders fantasising about Russia after Putin, it pays to be clear-eyed about regime stability on both sides. Russia is what Jeffrey Winters calls a “Sultanistic oligarchy” — a political economy characterised, above all, by the need to temper conflict between oligarchs through the concentration of power in the hands of one man. China is also a Sultanistic oligarchy. The difference between Russia and China is that, while Putin faces a small and stable number of oligarchs, China’s oligarchy is constantly growing in size, wealth, and power. The stability of the Russian oligarchy endows the Putin regime with considerable stamina. No serious Russian analyst believes it to be at risk of collapse, no matter what the West dishes out.

The contrast with the West couldn’t be starker. The Biden administration and the Democrats look set to crash and burn on the shoals of inflation. The president’s approval rating has sunk below 40%. Democrats will almost surely lose control of Congress come November. Of course, other issues condition Democrat fortunes. But it can hardly be denied that the greatest threat to the Democrats is inflation. And inflation is at least partly under Putin’s control — he can turn the knob up and down to maximise the delivery of pain to the West. 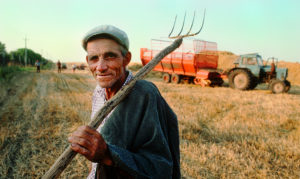 In fact, considerably more than the Democrat’s performance in November is at stake. Biden’s wager on Ukraine is running the risk that the Democrats could be locked out of power for the rest of the decade. That would, among other things, put the US energy transition at risk. No doubt Putin will do all he can to replace Biden with Trump. He may very well succeed. Instead of the West engineering a regime change in Russia, it is Russia that is likely to succeed in engineering a regime change in the United States. Is there any way to avoid this nightmare scenario?

Again, we must be clear-eyed: the source of the problem is Western misperception of Russian weakness. American Russia policy is based on the assumption that Russia is weak and the West strong. But, as we’ve seen, this assumption is unwarranted. In terms of what we can dish out to him and what he can dish out to us, it is Putin who has the upper hand.

The United States, and the West more generally, have committed to supporting Ukraine as it fights for its existence against Russia. It is not politically possible for Washington to throw the Ukrainians under the bus, even if doing so made sense from the perspective of cold-hearted realism.

Washington is gearing up for a protracted struggle intended to bleed Russia through proxy war in Ukraine and with the liberal use of the economic weapon. This policy is premised on the idea that time is on the West’s side. This assumption, like the assumption of Russian weakness, is wrong. If Putin has the upper hand in the competition in pain-tolerance, then time is on his side. With his current policy, Biden is running a significant risk that the US, instead of Russia, will be destabilised politically. The correlation of forces calls for a different foreign policy. What might that look like?

The Ukrainian struggle has won the hearts and minds of the West. But Ukrainian interests are not necessarily congruent with American or Western interests. Moreover, as paymasters, armorers and tactical intelligence providers, the Americans enjoy considerable leverage over the Ukrainians. A hard-nosed policy would use this leverage to get the Ukrainians to the bargaining table sooner rather than later, and possibly much sooner than the Ukrainians would prefer.

A Western peace policy would seek to, first of all, get the warring parties to begin negotiating as soon as possible. Second, it would clearly set out what the US seeks from a negotiated diplomatic settlement. At a minimum, it should seek a Ukraine free from Russian coercion and free to seek non-military relations with the West. Third, the West must concede that Ukraine will never be part of the Western military alliance. Indeed, the point of departure for productive diplomacy is Ukrainian neutrality. The details should be left to the two warring parties.

Credibly backed by the West, the Ukrainians will not necessarily have the weaker hand in their negotiations with the Russians. The West has demonstrated that it can impose large costs on the Russians. But the Russians have also demonstrated their capacity to inflict pain on the West. With these demonstrations, the door is now open for a diplomatic resolution of the Ukraine war. The United States will find that there is considerable support at home and abroad for a principled peace policy that does right by the Ukrainians without destroying Western political economy in the process.