Mermaids, the troublesome charity that advocates for the transing of children, is in the news again. Currently under investigation by the Charities Commission regarding concerns that it fails to safeguard young people, Mermaids’s reign as the charity that can do no wrong appears to be coming to an end. A report in The Times yesterday revealed that a trustee has resigned after it was revealed that he is a child abuse apologist.

Dr Jacob Breslow was a graduate student at the London School of Economics when he gave a presentation at an event for the US-based non-profit B4U-ACT in 2011. According to its website, B4U-ACT promotes services and resources for people “who are sexually attracted to children and desire assistance”. In his 2011 paper, Breslow compares a child to a shoe — which, in case you weren’t sure, is an inanimate object. He stated:

Breslow wrote in the same paper that “allowing for a form of non-diagnosable minor attraction is exciting, as it potentially creates a sexual or political identity by which activists, scholars and clinicians can begin to better understand minor-attracted persons [MAPs].”

Beneath the usual academic gobbledygook, this statement is clear: the intention is to ally those who identify as “MAPs” — who others would rightly label as adults that desire sex with children — with the rest of the rainbow community, including lesbians, even those who campaign to expose the atrocity of child sexual abuse.

This scandal might date back 11 years, but there is ample evidence that Breslow has only strengthened his views rather than backtracking from them. He is, for example, writing a book on “the queer lives of children’s desires”. Five years after his presentation for B4U-ACT, having argued in his PhD thesis that some kids were “queer”, Breslow defined this as “the queering that ‘queer’ does to the child, is one of resisting the child’s alleged asexuality and heterosexuality; allowing for the child’s pleasures, desires, and perversities…”

Mermaids, clearly, did not check Breslow’s suitability as a trustee prior to him being appointed in July this year, or surely they would have rejected him as unsuitable? Or maybe they do not consider his beliefs to be in any way problematic. He is Associate Professor of Gender and Sexuality (what else?) at the London School of Economics, and his profile on the university’s website revealed how wedded to trans ideology he is. This thread by feminist barrister Anja Palmer lists some of the other easily-available clues that Mermaids either missed or ignored. The charity Sex Matters also picked apart the crazed beast that is the LSE Gender Studies Department, by exposing an article by one of Breslow’s students, Matt Thompson that was peppered with sexualised threats against women in public life. Thompson wrote that he would “take my knife to your throat” in response to perceived transphobia — from women, of course. Mermaids is a threat to gay rights

Perhaps they were keen to appoint Breslow as a trustee because he appears to be a virulent critic of so-called TERFS, and has practised castigating academics who defy trans ideology — such as Professor Jo Phoenix ,who was hounded from her job at the Open University following accusations of transphobia. In the spirit of “your enemy’s enemy is your friend”, Mermaids recruits all the support it can get on its mission to discredit anyone that exposes its dangerous practices and belief system.

Mermaids, had they responsibly scrutinised Breslow prior to inviting him to become a trustee, would have seen that his child abuse apologism was neither hidden nor obscured. In January this year, in an article on feminist website 4W, Dana Vitalosova wrote: “Jacob Breslow … does not only rally against women critical of faux feminism. Despite his young age, he has already established himself as a prolific campaigner against child safeguarding. Last December [Breslow said] during a launch of his book: ‘Is it really that children or young people having sex is the problem? Or is it [the problem] the conditions under which that sex happens?’”

Any minute now, an apologist for Mermaids will start arguing that it’s wrong to dig up comments made 11 years ago to discredit a person who has doubtless redeemed himself. The apologist will remind those of us who are deeply critical of Mermaids, and the trans ideology that props it up, that we have railed against similar tactics against us. After all, I have been targeted and vilified since the publication of a 2004 Guardian Weekend article that saw me eternally labelled as transphobic. Almost 20 years later, that article regularly gets wheeled out as evidence for why I should be de-platformed and publicly condemned as soon as I am invited to speak at any event in universities.

So why does it matter what a Mermaids trustee said 11 years ago? 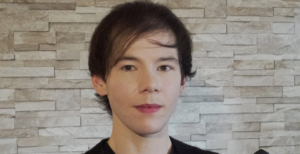 Any charity that focusses on children should — and I can’t believe I have to spell this out — make it their business to avoid any association with advocates of sex between children and adults. But unfortunately, Mermaids has a history of disregarding the safety of children — and promoting an ideology that sexualises them, as well as “affirming” absolutely anything a child says they want, however vulnerable and mixed-up that child might be at the time. It has continually argued, despite reems of evidence to the contrary, that puberty-blocking drugs are perfectly harmless and totally reversable. It promotes disturbing gender ideology to young children in schools across the UK. And it justifies sending breast binders to 13-year-old girls without their parents’ consent, despite being fully aware of the damage they can cause. This is dangerous stuff because it presupposes the “agency” of the child — which may then absolve the responsible adult of any wrongdoing in relation to it.

Mermaids is lauded by those who adhere to queer theory. This rainbow alliance first emerged in the Eighties, when the National Council of Civil Liberties caused a scandal by supporting the inclusion of the Paedophile Information Exchange (PIE). There was much dissent among feminists and lesbians, who were appalled that PIE was looking to join hands with those who were sexually “non-conformist”. Many gay men did not see that those lobbying for the normalisation of child sexual abuse had misappropriated their legitimate fight for equality, protection and rights.

Sexual libertarianism is the backbone of queer theory and is often promoted by gay men. Look at staunch supporter of Mermaids, gay rights activist Peter Tatchell, who recently appeared on TV in order to defend Mermaids over the breast binding scandal. He has long campaigned for lowering the age of consent for all to 14.

Trans ideology, part and parcel of queer theory, also legitimises the prostitution of children. For example, Janet Mock, a male-to-female transgender activist, appears to celebrate it, writing: “I was 15 the first time I visited Merchant Street, what some would call ‘the stroll’ for trans women involved in street-based sex work. At the time, I had just begun medically transitioning and it was where younger girls, like my friends and myself, would go to hang out, flirt and fool around with guys and socialise with older trans women, the legends of our community.”

Mock goes on to explain how they “idolised” the prostituted trans women in the area. “These women were the first trans women I met and I quickly correlated trans womanhood and sex work,” says Mock, explaining that they came to understand the role of the sex trade as a “rite of passage” for “trans girls”.

The link between queer theory, transgender ideology and child abuse apologism has never been clearer. The recent revelation that German sociologist Rüdiger Lautmann, a board member of the Gay Counselling Service in Berlin, authored a book entitled The Lust for Children: A Portrait of Paedophiles is further evidence that this is a widespread and increasingly normalised phenomenon. Pro-paedophilia is the latest ideology included in the LGBTQQIA+ acronym.

This latest scandal should be the nail in the coffin of Mermaids, which is a danger to children and should be immediately shut down. Perhaps the many celebrities, corporate entities and high-profile individuals who have passionately defended and supported it — such as Emma Watson, Jameela Jamil, Little Mix, Harry and Meghan, Starbucks and Wagamama — will now publicly denounce the charity. Perhaps those of us condemned as bigots for raising red flags about Mermaids over a number of years will receive abject apologies.

Even if we do, the fight must go on. Queer theory still dictates the mission of far too many charities and institutions that are supposed to protect children. This ideology tears down boundaries between the adult and the child, and dismisses safeguarding put in place by those of us who fight night and day to end child sexual abuse and exploitation. It cannot be allowed to corrupt all of society.