If a woman wanted to become a police officer in the Seventies, she joined the Women’s Police Department. Run separately from the mainstream service, its main purpose was to deal with “women’s issues” such as sexual assault and domestic violence. Female officers were considered suitable for consoling a woman who’d just had her handbag stolen, or making tea for rape complainants, but expected to stay well clear if a door needed bashing in or there were serious criminals to arrest. At one stage Jackie Malton, who joined up in Leicestershire in 1970, was put in charge of a spate of pram thefts.

During this period, before feminism had had much of an influence, female police officers endured a barrage of sexist comments in the canteen, and out on patrol. Malton’s nickname among her male colleagues was “The Tart”. Nevertheless, she rose through the ranks to become a Detective Chief Inspector in the Metropolitan Police, becoming the inspiration behind Helen Mirren’s character, DCI Jane Tennison, in the hit Nineties crime series Prime Suspect. Now, Malton has written a book, The Real Prime Suspect, which tells the story of Britain’s police culture from 1970 to the current day.

There couldn’t be a better moment for its publication. Awareness of misogyny within the police service has never been higher, public confidence in police attitudes towards violence against women never lower. I found feminism in 1979, during one of the most shameful periods of police sexism, the hunt for the Yorkshire Ripper, an investigation doomed from the start because police decided that many of the 13 women brutally murdered by the serial killer were asking for it. But in the era spanned by Malton’s career, things haven’t changed enough.

The abduction, rape and murder last spring of Sarah Everard by serving police officer Wayne Couzens exposed the persistence of misogyny within the service. Indeed, the College of Policing was this month compelled to issue a statement reassuring the public that “officers who abuse their trust to groom vulnerable victims, or engage in sexual impropriety, including harassment, are more likely to be dismissed and barred from policing” (italics mine). The college admits that there are many officers still in post who have been found to have committed such offences.

The Real Prime Suspect documents recent events, and Malton acknowledges that all is not yet fair and equal when it comes to women in the police service. She certainly reveals the roots of the current toxic culture by telling her extraordinary story of success in the days when female police officers had barely any legal or employment rights, and were often seen by male colleagues as inferior irritants. But her book reads as though the bad old days are long gone.

It’s true that the police service Malton left in the late Nineties was a very different service to the one she’d joined. Women were by then serving in most areas of policing, and it was no longer deemed acceptable to openly refer to female officers as “bikes” or “dykes”. A lesbian, Malton chose not to be out at work in those early days — it was already hard enough being a woman in a testosterone-fuelled environment where resentment towards female officers was rife. But her colleagues soon suspected that Malton might not be interested in men, except as hard-drinking companions, and she would regularly be presented with vibrators, because, as she was often told, all women need is a good fuck. Despite her treatment, Malton persevered. She had always wanted to become a detective, and, following the introduction of the Sex Discrimination Act in 1975 — which led to a change in working conditions for women as well as equal opportunities with their male counterparts — her dream began to look like it might come true. “You’re the first split-arse DI we’ve had here,” she was told by her superior officer at her first Central London posting. By 1989, she had made Detective Chief Constable.

That same year, I met Malton at a conference. She was representing the Hammersmith and Fulham Domestic Violence Unit; I was campaigning against violence towards women. In a session on police responses to domestic abuse, a senior male officer claimed that things had changed significantly since the days when the crime was seen as a “private matter” between a married couple. Malton leapt to her feet and told her superior: “bullshit!” She then went on to outline every way in which the police were still letting down victims, winning applause from many of us in the room.

We didn’t know it then, but Malton’s life was about to change forever. In 1990 she had a meeting with a “striking, petite woman with a fabulous smile and a cascade of red curly hair”. Writer Lynda La Plante was developing a script for a TV series about a female DCI leading a murder enquiry. At the time, Malton was one of only three female DCIs in the Metropolitan Police. Soon, she began working as script consultant on what was to become the stratospherically successful Prime Suspect. 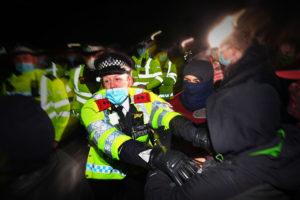 Many of the best-known scenes in the show came directly from Malton. In the first episode, when Tennison is, against many of her colleagues’ better judgment, made head of a murder enquiry following the sudden death of her male counterpart, she is addressed by a young copper as “ma’am”. Mirren throws him a withering look and says: “Call me Boss or Guv, but don’t call me Ma’am. I’m not the bloody Queen.” I remember posters in lesbian clubs with those words coming out of Mirren’s mouth in a speech bubble. Tennison quickly became a major feminist icon. But, though Malton was by that point “out” at work, she advised La Plante that the public was not ready to empathise with a lesbian protagonist. Tennison was developed as a heterosexual woman who fails at relationships because she puts the job first.

Another line that ended up in Prime Suspect came from a story Malton told La Plante about the sexist banter to which women subjected, day in, day out. The character of DS Bill Otley, a vulgar misogynist, was based on an officer Malton had worked with, who had once pointed at a female colleague and asked his mates: “Who would fancy that skinny dyke?” But there’s one anecdote that shocked even me, told to me by Malton a few years ago, when we were working together on a Radio 4 documentary about sexism within the police service, Malton told a hilarious but grotesque story about how male officers, after a few Friday night drinks in the police bar, would see how many 10p pieces they could get under their foreskin. “One officer managed £3.20,” she told me.

When Prime Suspect was on air, a number of serving and retired female officers contacted Malton to tell her they recognised the misogyny exposed by the storylines. Thanks largely to Malton, the dire situation for women in the police became common knowledge. But in some ways that makes it even more shocking that male officers are still getting away with it. A whopping 70% of civilian police employees working alongside police officers reported witnessing sexual harassment, according to research conducted in 2018 by the London School of Economics. Of the 311,776 Unison members polled (two-thirds of whom were women), more than three quarters reported sexist jokes; one third reported intrusive questions about their private life; and more than a fifth reported inappropriate leering or staring. There were also complaints about sexual gestures and hints that sexual favours could lead to preferential treatment.

Meanwhile, as reported by the Centre for Women’s Justice, almost 700 cases of alleged domestic abuse involving police officers and staff were reported during the three years leading to April 2018. This data covers three quarters of police forces. It shows that police employees accused of domestic abuse are a third less likely to be convicted than the general public. Fewer than a quarter of complaints of domestic abuse resulted in disciplinary action.

Horrifying case studies abound, and there are hundreds we never hear about. A recent Times expose showed that many disciplinaries of male police officers involving vulnerable females are held in private. It has recently been revealed, for instance, that a number of serving male officers shared deeply offensive WhatsApp messages — such as one who wrote that he “enjoyed the need”, while on duty, to physically restrain a very vulnerable and disturbed 15-year-old girl, because he got pleasure from a “struggle snuggle”. 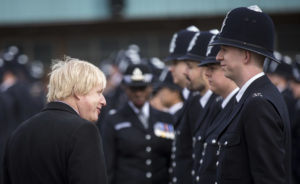 Still, the impression one could be left with, having read Malton’s book, is that the vast majority of male police officers are exemplary, brave public servants. I don’t accept this version of events. Malton’s story is inspiring, but even though it’s now 25 years since she left the Met, she remains in many ways fiercely loyal to her tribe. You know the saying: once a copper, always a copper.

So, despite the candid scrutiny of old-style sexism in the cop shop, The Real Prime Suspect is a bit of a puff piece when it comes to the police service today. What we need is a book by a retired female officer who is willing to do a warts-and-all expose. Because it is only when the public becomes aware of the extent of woman-hating in the service that root and branch reform will become unavoidable. Let us hope there is a brave whistleblower out there, who can show the nation how much worse our police force is than DCI Tennison’s.