It is over 90 years since D.H. Lawrence wrote Lady Chatterley’s Lover, and 60 since it unleashed our grandparents’ libidos. Now, apparently, the rest of us need to watch it for the same treatment. This at least is the tacit argument of the new Netflix adaptation, and the sell of its director. “We are still living with puritanism,” she says, telling instead a remedial story of “celebrating sexuality”, of “a woman who takes ownership of her body”, a sensual interpretation of the novel which has “never been done”. Emma Corrin, who plays Lady Chatterley, agrees. The film is about “finding… power in your sexuality, and also knowing that it’s okay to want pleasure and to strive for pleasure”.

Beneath this claim and this film lies the issue that it has been done. Personal-sexual liberation has constituted the Lady Chatterley myth ever since Lawrence’s novel was first freed from state censorship in 1960. And, like previous adaptations, to produce this myth the film engages in a voluntary form of taste expurgation. Sanitising Lawrence’s eroticism for modern consumption involves numerous redactions — his apocalyptic obsessions, reactionary politics, and snarling hostility to modernity — and leaning on him to refresh our myths of the contemporary has always been an unstable exercise. But here the effort looks particularly wishful and distorting. Not only are those same myths less secure than ever, but returning to the infernal visions which lie deeper in Lawrence’s book shows its distance from this soapy, weary parable of hyper-individualist passion.

The story this film has reforged is therefore an achingly fashionable, Gen-Z update of the received tale, all Burberry catalogues and first-person escapism (even its intimacy co-ordinator has been drafted from Normal People). Emma Corrin is our protagonist and narrative vantage. Her Lady “Call me Connie” Chatterley is a member of the socially-conscious intelligentsia, sub-Bloomsbury, but thereabouts. But after her khaki marriage to Sir Clifford during the Great War is blighted by an injury which leaves him paralysed and impotent, her free and bohemian soul is locked away in the misty Midlands, with little to do but potter hornily about his family seat. As Clifford becomes increasingly wretched and her sense of individual waste grows, she ultimately elopes to the land of field and stream to find love under the tractor with Mellors (Jack O’Connell), their unsmiling, rough, but infinitely “tender” gamekeeper. Though Clifford and Connie’s more class-conscious relatives are appalled, their strength of feeling ultimately wins out. “This is a love story,” a minor character softly intones.

Connie’s journey from drudgery to ecstasy is the most successful portion of Lawrence’s novel — and by far its most politically palatable. But if this alone made Lawrence’s story, it wouldn’t be by him. Try to read it as erotica, and you’ll be distracted by the persistent snore from the next room that is Lawrence’s raging, intrusive personal philosophy. It punctuates his narration throughout, and his characters frequently become just mouthpieces for his broader thesis: democracy, mechanisation, and war have made the world hell, and modern masculinity is unequipped to fix it.

His writing becomes most rhapsodic when speaking of the industrial apocalypse and how it has turned the industrial masses into “half corpses”, corrupted the nominal aristocracy with commercial greed, and drained the English landscape of its natural vitality. Even Mellors and Connie’s post-coital sweet nothings have a similar flavour. In rants that echo Lawrence’s essays of the time, Mellors is always rolling over afterwards for a quick diatribe on how “if we go on in this way, with everybody, intellectuals, artists, government, industrialists and workers all frantically killing off the last human feeling… then ta-tah! to the human species!”

Philip Larkin was a filthy genius

The chasm between these two worlds — the film’s fairy tale and the novel’s medieval “Doom painting” — can be explained by the fact that they effectively have two different authors. The film replicates not Lawrence’s novel, but the popular mythopoeia around it born in the Sixties. For it was only after the farcical prosecution of Lady Chatterley’s Lover for “obscenity” was overturned and the book’s juiciest scenes were unsealed that Lawrence entered that rare rank of writers who influence people who have never read their work — a kind of hippy Rushdie.

Lady Chatterley’s trial set considerable legal precedents around censorship, a watershed for the “permissive society” and the free publication of “pornography”. But — for it was the Sixties after all — Lawrence was also ordained as a guru figure and invested with prophetic power. The atmosphere was captured some years earlier when, on a visit to Lawrence’s house in New Mexico, W.H. Auden recorded: “Cars of women pilgrims go up every day to stand reverently there and wonder what it would have been like to sleep with him.” Suitably, Lady Chatterley outsold the Bible in the year after the trial.

He has long since shed that status, convicted of misogyny in the early Seventies. But we can still detect the Chatterley generation in the iterative adaptations of his final novel, including this one — its hostility to over-restrictive marriage, its insouciant egalitarianism, and its belief that self-actualisation lies in a sufficiently inventive sexual repertoire (“the coarse treatment, milady?”). But all this has little to do with Lawrence’s own wildly iconoclastic worldview. Lawrence was born with a deeply Romantic sensibility, thinking (and writing) from the abdomen, in pulses and throbs, and believed that he had an instinctively metaphysical understanding of people and nature. He summarised this elemental perspective as the notion of “the blood, the flesh, as being wiser than the intellect”. The irony of this faith in the body was that Lawrence’s own was so rotten, scarred each winter by the tuberculosis which eventually killed him. The disease was particularly virulent by the late Twenties, just as Lawrence was finishing Lady Chatterley, a partial explanation for the novel’s obsessive focus upon physicality, potency and male vitality. 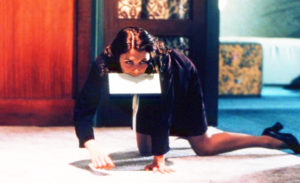 But in 1908 when he first encountered Nietzsche in Croydon Public Library, and, a few years later, when he married the German psychoanalytic-mystic Frieda von Richthofen, these psychological quirks grew to inhabit a philosophical and political dimension. And, like dozens of intellectual contemporaries, he was taken up in the whirlwind of ignorant ideologies which swept interwar Europe. Their neo-pagan faith in natural aristocracy and hatred of the democratic mass became his own, as did a reactionary Romanticism which worshipped the pure natural landscape of the past, and lamented its corruption by human industry — and humans themselves.

Some critics have detected in this a proto-fascism, excessive given that the mercurial Lawrence was as capable of gentleness and empathy as he was fits of wild, unyielding violence — literary and physical. His overall corpus is by no means as singular or programmatic. But it is fair to say that in Lady Chatterley, anger is given a long leash. And the only salvation to Lawrence and his characters’ rage and despair is the superhuman sensuality Mellors and Connie achieve together. In Mellors, she finds an undimmed force of nature, and in the wood where they meet, they exist as an Edenic remnant, the last couple in Europe, besieged by the noise and filth beyond. The frankness of the sex in the book, though also part of Lawrence’s mission to restate the centrality of the body, plays an instrumental and metaphorical function, showing that they alone are truly alive to beauty and pleasure in this dying world.

This anti-modern Lawrence was supremely out of place in the self-confidently progressive Sixties, which extracted the transcendence of Mellors and Connie’s coupling as an end in itself, not as a comment on a broader anomie. The difference is encapsulated by the contrasting closing scenes of this film and the novel. Netflix leaves the pair reunited in remote bliss, free from the influence of Clifford and the crusty Edwardian control freaks. But Lawrence strands them in a far more ambiguous isolation: Connie, pregnant and uncertain of her future after Clifford viciously promises never to divorce her; and Mellors, angry and disgusted with England’s failing society, though hopeful that the “little flame” of their relationship might survive it. However, much as Lawrence’s portentousness was unwelcome in the Sixties, and was excised from the Chatterley myth, the same might be argued of this adaptation and the tropes it so assuredly revives. The Sexual Revolution which drove Lawrence’s story to prominence is now under considerable attack, not only from jaded male novelists, but from within the feminist movement it helped to shape. Nor is this sex-scepticism confined to the extremes: the most interesting and popular contemporary writing about sex comes from those, like Mary Gaitskill, who explore its lingering awkwardness, and the irrevocable political complexities that were never ironed out by liberation alone. Far from living in a world of “puritanism” where sexuality needs to be released and celebrated, the pervading mood today is anxiety about the scale of the freedom on offer.

Lady Chatterley is that rare story which has survived through multiple reading generations while still remaining notorious and provocative. But it was the product of a shape-shifting, volatile, uncategorisable writer. And, as the inventions and elisions of this film demonstrate, the original fantasy was that such an uneven and unstable novel could serve as a sturdy prop for the sexual maxims of modernity. The revolutionary charge our grandparents invested in the book has faded, and, despite the bold claims of its stars, this film can’t revive it.