It took me a while to figure out what the first two instalments of the new Netflix documentary jeen-yuhs: A Kanye Trilogy reminded me of, this portrait of the artist as a young man trying to get ahead in the music industry of the early Noughties. There was a poignant innocence that I couldn’t put my finger on — a sense of loss. Eventually, I realised that I was thinking of Amy, Asif Kapadia’s Oscar-winning 2015 documentary about Amy Winehouse. Of course, Amy was dead by that point and Kanye West is still alive but it feels true to say that the man we see in those episodes is no longer with us.

The series arrives as Kanye is in the thick of one of the more excruciatingly public divorces of recent times, his Instagram feed a bilious froth of resentment towards Kim Kardashian and her new boyfriend Pete Davidson. He also recently took against Billie Eilish for showing concern for crowd safety, which he somehow interpreted as a dig at his friend Travis Scott.

There’s more where that came from. West’s public life has become an endlessly dispiriting spectacle at the same time as his records have become increasingly hard to love. While he continues to throw giant listening parties for them, and will be headlining this year’s Coachella festival under his new legal name, Ye, his music now “sounds like an afterthought, some extra sounds to have as a treat”, as Pitchfork put it. All in all, it’s not the ideal time for four-and-half-hours of television dedicated to his genius, but that is precisely what makes jeen-yuhs so compelling.

The origins of the documentary are suitably complicated. In 2002, Clarence “Coodie” Simmons jacked in his career as a stand-up comedian and television host in Chicago to move to New York and chronicle the rise of a fascinating new 24-year-old rapper-producer that he had first met four years earlier. Coodie was there for two years, sometimes with co-director Chike Ozah, up to the release of West’s sensational debut album The College Dropout in February 2004.

Had it come out in 2005, the documentary would have charted the birth of a superstar, but West blocked it. “Kanye said he wasn’t ready for world to see the real him,” Coodie explains in his genial voiceover. “He told me he was acting now — playing a role.” Gradually, Coodie was frozen out. The two men didn’t see each other at all between 2007 and 2014 and filming resumed in earnest only in 2019, making the third episode of jeen-yuhs a bizarre and messy coda. To cap it off, Kanye demanded (but did not receive) final approval, so the series has been released without his blessing.

It would be difficult to make a conventional biopic about Kanye because the narrative arc doesn’t land. The classic pop star story goes something like this: ambition, achievement, crisis, recovery, redemption. That redemption might have happened for West with 2010’s My Beautiful Dark Twisted Fantasy. Interrupting Taylor Swift’s acceptance speech at the 2009 VMAs was such an aggressive breach of celebrity etiquette that even President Obama called him a “jackass”. (It’s remarkable to think that Joe Biden is the first 21st-century US president not to have expressed a strong opinion about Kanye West.)

The rapper weathered the almighty backlash by hunkering down in Hawaii with three studios full of collaborators working 24/7 on an operatic magnum opus. “It’s never explicitly discussed, but everyone here knows that good music is the key to Kanye’s redemption,” wrote one journalist who covered the sessions. “With the right songs and the right album, he can overcome any and all controversy, and we are here to contribute, challenge and inspire.” There is, however, a big difference between vindication and redemption. West learned that if his music was good enough he could get away with anything — so what happens now that it’s not?

West is both the most significant and the most polarising artist of his era. Significant because he made hip hop so huge and omnivorous that the beats-and-rhymes model depicted in the 2002 footage now appears parochial. In 2012, the Atlantic described him as “the first true genius of the iPhone era, the Mozart of contemporary American music”. Polarising because he touted his wares with a manic grandiloquence that raised the bar for rap braggadocio. “For some kids right now, I am what Michael Jackson was for me,” he once said, as if Jackson weren’t the crowning example of a sweet, supernaturally talented kid who became destroyed and dehumanised by fame.

I’ve met West on two occasions. The first time was in Los Angeles in 2005, when he was launching his second album, Late Registration. Playfully bombastic, he framed his legendary arrogance as a form of entertainment in its own right: “It’s like I’m walking on this tightrope. It’s like the reason why you go to a circus — it’s more entertaining. It’s like, damn, what if he falls? And if I do make it, it’s like, damn, he made it! But either way you’re saying damn. Everybody else is just walking on the ground.”

The second time was in London, a decade later, between the cyborg roar of Yeezus and the colourful melee of The Life of Pablo. I remember thinking that I’d never met a less relaxed person in my life. He told me he was “extremely fucking happy”, but the only time he smiled was when his mother-in-law Kris Jenner walked into the room with his daughter North. Otherwise, it was like talking to a balled fist. 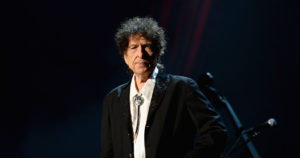 You didn’t need to see him up close to witness this hardening and shuttering. Many of the College Dropout songs we see him recording in jeen-yuhs (‘We Don’t Care’, ‘All Falls Down’) are interested in other people, situating West in the broader community of we. He became much less, well, collegiate over the next few years. Even when his albums were as vast and populous as imperial palaces, they had an air of claustrophobia and loneliness, with more mirrors than windows. Paranoia is a species of narcissism after all. On stage, too, he conveyed a terrible solitude. No Glastonbury headliner has ever shown less interest in bonding with the crowd than he did in 2015. We were there to witness a moment, not to share it.

A year later, West experienced a breakdown which led to hospitalisation and a diagnosis of bipolar disorder. This partially (but only partially) explains the most chaotic episode in the history of pop stars venturing into politics. It began when he celebrated Donald Trump’s victory during a concert, triggering a chorus of shocked boos. Later, he took to wearing a MAGA hat, posing for photo opportunities with Trump and saying that slavery was a choice: they just didn’t have enough gumption to be free. In 2020, he ran for president himself on a platform that sounded rather like theocracy. He won 60,000 votes.

Even before all this, West mocked his disappointed fans in the 2016 track ‘I Love Kanye’: “I miss the sweet Kanye, chop-up-the-beats Kanye.” Well, the good news is that there are three hours of that guy in jeen-yuhs: performing a daffy Stevie Wonder impression on the porch of his childhood home; gawping like a tourist at the lights of Times Square; giddy with delight when Jay-Z lets him rap a guest verse on ‘The Bounce’.

You can’t help rooting for him because everything was a struggle. He was a hot producer who wanted to be known as a great rapper and his neediness is heartbreakingly apparent. In one mortifying scene, he tries to impress a small boy by reeling off the names of hits he has produced. “Cool,” the kid says politely. A receptionist announces him as “Cayenne West”. Beside the suave virtuosity of Jay-Z or Mos Def, his rapping is tense and effortful, like he’s pushing a boulder up a hill. The Velvet Underground had to die

During this difficult period, he had no greater cheerleader than his mother, Dr Donda C. West. He’s talked about Donda often (and named two albums after her) but it’s something else to see her in the documentary, the quintessence of maternal pride, and to observe how boyishly humble he is in her company. “This is so exciting isn’t it? I love it!” she says with a brilliant grin. “Anybody that does something that much and that long and is that good, it’s gotta pay off”. Her death during cosmetic surgery in November 2007 is the decisive rupture in West’s life: the start of the chaos years. In 2015, I asked him what he had sacrificed for success and he didn’t hesitate: “My mom. If I had never moved to LA, she’d be alive”. He refused to elaborate, lest he start crying.

In the documentary, Donda offers caution along with her encouragement: “It’s important to remember that the giant looks in the mirror and sees nothing”. Coodie runs with this metaphor, implying that West took it to heart, but he’s hardly an objective observer. His attempt to wrap up the story with gooey platitudes about God’s plan and friends reunited doesn’t square with what his camera captures, whether it’s a distressing bipolar episode or West delightedly viewing a clip of Tucker Carlson praising his anti-abortion position. The bridge that Coodie tries to jerry-rig back to 2002 collapses because he wasn’t there to document the transition from that Kanye to this one and unpick the rat king of grief, fame and mental illness that brought it about. The narrative doesn’t conclude; it just stops. The importance of Freddie Mercury

Perhaps the problem is that West really does see nothing when he looks in the mirror, and what reads as preposterous self-confidence is really fathomless insecurity. In 2002, West had every reason to feel thwarted and undervalued, and to turn that frustration into rocket fuel, but that feeling never went away. Having conquered popular music, he had to find new areas in which to be misunderstood (fashion, politics) and new role models to emulate (Walt Disney, Picasso), the result being that he can never, ever be satisfied.

For a long time, that insatiability propelled his music to greater heights; now it distracts from it. Seeing the look on his face as he receives some kind words from Pharrell Williams or plays some tracks for Donda, you have to wonder if this period was as good as it got, before he realised that recognition wouldn’t bring happiness after all. Thus jeen-yuhs becomes a cautionary tale of ambition without end. The unique tragedy of Kanye West is not that he failed but that he could never allow himself to acknowledge that he’d won.