Dubai might be “the planet’s influencer capital”, but the people bankrolling the city aren’t TikTokers arriving with suitcases of bikinis. The Emirati city also attracts the kind of people who jet in on helicopters stuffed with cash, positioning itself as the global centre of crooks, conmen and kleptocrats fleeing their homelands.

Former Afghan President Ashraf Ghani reportedly fled to Dubai after the Taliban takeover of his country in a chopper loaded with hard currency. He joined former Pakistani military ruler Pervez Musharraf, who moved there to avoid charges following the assassination of Benazir Bhutto, and Thailand’s Thaksin Shinawatra, who went into self-imposed exile after he was overthrown in a military coup in 2006.

Yet these men are small fry compared to the global criminal elite who have also moved to the air-conditioned oasis. Irish mobsters the Kinahans left their Spanish hideout for Dubai in 2016, the same year as powerful South African kleptocrats the Gupta brothers. They join Somali pirates and Al Qaeda members in enjoying the Emirate’s bespoke money laundering services. Most recently, the city has been flooded with the villains of the hour: wealthy Russians caught up in sanctions and a tanking economy in need of a safe haven following the invasion of Ukraine.

Dubai, no stranger to patronage networks and opaque systems of governance, is deliberately attracting this money. The state is strongly pushing crypto, and crypto kings have descended on the city — which is beginning to be known as “The Wall Street of crypto”. Today, the Russian elite who have flooded Dubai are largely bringing their money in digital form, rather than in the bank notes of bygone eras.

But there’s no greater appeal for money launderers than bricks and mortar. Dubai offers investor visas for those willing to spend upwards of £1 million on property. With the recent influx of Russian money, property sales increased 45% in April (compared to 2021) and 51% in May. While the sanctions against Russia’s elite have been so biting that Roman Abramovich and his stolen billions are no longer even welcome in London, the original home of blood-soaked wealth, he has been spotted strolling Dubai’s marinas, even docking his superyacht in its harbour. He is not the only Russian kleptocrat said to be shopping for a luxury apartment there. The man who lost Afghanistan

For a city that touts its very low crime rate — abuse of blue-collar migrant workers doesn’t count, of course — Dubai now has a dance card that would make Interpol blush. That is, if the agency hadn’t elected Emirati Major General Ahmed Nasser al-Raisi as its president last year. But the city gets away with it, by operating a very simple code for its “colourful” expat community: do your dirty work elsewhere. So long as your enemies aren’t murked on Dubai’s streets, and yachts loaded with cocaine aren’t arriving in the city’s ports, mobsters and tyrants are welcomed with open arms.

The Kinahans, for instance, run a transnational cocaine business and are suspected to be behind some 20 murders in Ireland and Europe. But in Dubai, they have enjoyed the best of what the city has to offer, laundering dirty money into hard assets. Having been deemed “low-risk” by UAE authorities, the Kinahans built a luxury property portfolio and a business front to maintain the ruse that they’re not cons. Ireland and the European Union were frustrated by attempts to catch their man because the UAE does not have an extradition treaty with either.

And yet, the welcome extended to them in Dubai may be cooling. In April, the Emirate agreed to give up the Kinahans and their vast business empire, with extradition to the West appearing likely. Recently, Dubai’s police actually arrested South Africa’s Gupta brothers after Interpol issued a red notice against them.

Why the sudden willingness to give up a few crooks? 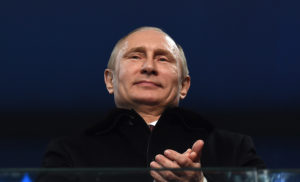 Dubai might be a global tourist and finance destination, but the Emirate is subservient to its big brother Abu Dhabi, capital of the UAE. Not only does the latter have most of the oil — indeed, the seventh-largest proven oil reserves in the world — but it used the profits from that oil to come to Dubai’s rescue during the financial crisis of 2008-09, when the city’s over-leveraged property sector was teetering on the verge of collapse. “Dubai has had to give up control over the foreign affairs, and this includes responding to international sanctions and international police requests,” says Christopher M. Davidson, a British academic of the Gulf. “Abu Dhabi likes to play this role of a good international citizen.”

In the case of the Kinahans and Guptas, Dubai was happy to ignore pressure from the United Kingdom, the European Union and South Africa to hand them over. But when both families were sanctioned by the United States (the Guptas in 2019 for corruption, the Kinahans in 2021 for drug running and money laundering), they became a problem that could no longer be ignored.

As a tightly controlled laissez-faire economy, the UAE embodies all the contradictions of 21st-century hyper-globalisation. Emirati rulers buy their clothes in Paris, surveillance systems in Tel Aviv, and their arms in London, Washington and Moscow. They have a station on China’s Belt and Road initiative, send their troops to stamp out terrorism in India, and abstained from a UN vote condemning Russia’s invasion of Ukraine. With the exception of Iran, the Emirates are friends and business partners with everyone who matters.

However, the free flow of capital and people through its ports is still the American way of doing business, and America is still the umpire: the US dollar still functions as the world’s reserve currency. Being sanctioned by Washington can destroy an economy overnight, and what would Dubai be left with? A glittering airport and skyscrapers aren’t much use when no one will pass through, and the royal family’s legitimacy is built on an ever-growing economy. That’s not to say Dubai has zero leverage. “As a major hydrocarbon producer, the United States, Britain, and the European Union see it as playing a vital role in stabilising international energy markets,” Christopher Davidson says. “In the same context, the US — and now France — have allowed Saudi Arabia’s crown prince Mohammed bin Salman to ‘come in from the cold’. In return, they are expecting full Saudi cooperation with regard to oil production.”

Just as Dubai knows its place in a geopolitical hierarchy, it is alert to the hierarchy of crooks it harbours. Clearly, the Kinahans and Guptas are small change compared to some of that Emirate’s other residents — worth sacrificing to appease the United States. But this of course begs the question: why is Dubai still considered the global safe haven for Russian money since crushing sanctions were put in place after the invasion of Ukraine?

For its part, the UAE has said that it wants to remain neutral and that it  does not want to “lump together” all Russians into one category. After all, the nation has the fifth-highest number of billionaires in the world — 117 per million people — and it’s not as if their home nation is agitating for their extradition. In the end, human rights and just wars are abstract concepts, but the language of business — and oil — is one that all sides can understand. Stability means cutting a deal where everyone feels like a winner, and it appears the West will put up with Dubai housing the Russians it will no longer do business with, in order to appease the Emirates’ diverse political and financial interests.

The United States can ask for plenty from the world’s key oil suppliers, but not everything. After Dubai skated through the Great Recession on the mantra that some companies are “too big to fail”, it’s now navigating a fraught geopolitical stage on the time-honoured idea that some people are simply too rich to jail.