The rhetoric of modern America is dominated by the paradigm of a biracial nation, but history is never black and white. Fissures between national and ethnic traditions have always been at the heart of its political conflict.

Their significance is highlighted in David Hackett Fischer’s Albion’s Seed: Four British Folkways in America and Kevin Phillips’s The Cousins’ Wars: Religion, Politics, Civil Warfare, And The Triumph Of Anglo-America. Fischer shows how the factions and coalitions in colonial America played out in the early Republic, sowing the seeds of the the Civil War, while continuing to haunt American politics to this day. Phillips, meanwhile, flags up the differences between the English settlers of North America and the English of the metropole.

Fischer’s early America is framed around four dominant folkways. There are the New England Yankees in the northeast; gentry planters in the lowland South along with their retainers; inhabitants of the upland South, originally from Ulster and the Scottish-English border; and the diverse business-oriented groups in the Mid-Atlantic, from Dutch burghers to Quakers. For both authors, the Yankees and the Southern planters have direct genealogical connections to the Roundhead Whigs and the Royalist Tories. The Borderers and the more mercantile folk of the Mid-Atlantic play a less prominent role in Phillip’s narrative, but  eventually amalgamated into the broader Northern and Southern cultural and political alliances.

These groupings would eventually struggle against each other in the American Civil War. When House member Preston Brooks nearly beat Senator Charles Sumner to death on the floor of the Senate in 1856 — a foreshadowing of the conflict to come — it reflected the anxious, daggers-drawn national mood. But it was also the culmination of centuries of tumultuous history between those disparate strands in British culture which had put down deep roots into North America.

Brooks was a scion of the South Carolina upcountry and exemplar of a nascent fused Southern identity, a vociferous defender of slavery as a right and proper institution. In contrast, Sumner was a New England Yankee through and through. Brooks’s focus on family honour (he believed Sumner had insulted his cousin) reflects both the values of the English gentry and of the Scots-Irish Borderers. Sumner espoused the anti-slavery cause at a time when compromise between South and North was seen as prudent politics. This reflected a Yankee’s commitment to humanitarian justice, descended from the utopianism that gripped the Roundhead forebears of his New England ancestors.

How rational is Steven Pinker’s world?

Where the ultimate basis of this American factionalism (Puritan New England Yankee against Southern planter Cavalier) can be found in England (Roundhead East Anglia against the Royalist glens of Devonshire), The Cousin’s Wars observes that the migration to North America of dissenters simultaneously enabled the creation of Britain as a cohesive 19th-century power. After the false dawn of the English Republic in the 1650s, Puritan-minded Protestantism only flourished as the dominant force in New England. The existence of North America as a release valve for radical Protestantism stabilised the middle path that the Anglican Church occupied. Meanwhile, the Irish potato famine and the mass migration to the US of Roman Catholic peasants meant that the Protestant proportion of the United Kingdom was far higher in 1900 than in 1800. There are victors in The Cousin’s Wars — just different ones in different places.

The Englishmen, Scots or Welshmen who migrated to America were not “normal” Britons. Perhaps they sought more freedom of worship outside the established Church or more economic opportunities outside of the class system, or perhaps they were fleeing debt and the hand of the law. The “cowboy” is a cliché, but these cowboys came from somewhere, many even genealogically descended from herders on the Scottish border that engaged in as much theft as productive labor. The inverse of the American cowboy were the English who were left behind: the aristocrats, peasants and gentry who came together to create a British Empire with a much more united cultural identity in the 19th century than it had in the 17th century.

Albion’s Seed and The Cousins’ Wars have as much to do with the present and future as the past. Donald Trump’s victory in 2016 saw the emergence of a belt of “Red” Republican counties dominated by Borderers, attracted to the aggressive pugilistic style of their candidate. Though Barack Obama was perceived by America and the world as the first black president, he was raised by a mother whose paternal grandfather was named Ralph Waldo Emerson Dunham, a nod to her ancestral Yankee lineage. Obama presented a moralistic, even utopian, vision for America in keeping with this ancestry. In contrast, Trump, the German-Scottish son of New York’s outer boroughs, reflects a persona that is in tension with the dominant Yankee tradition of the North. It is not well remembered, but during the Civil War, New York City was a hotbed of pro-Southern sentiment, and the mayor, Fernando Wood, even proposed the city’s secession from the Union. To the west, much of southern Illinois, Indiana, and Ohio were pro-Confederate during the conflict because the local population were “butternuts”, descended from settlers who had moved north in the first half of the 19th century, like Kentucky-born Abraham Lincoln. The Great Emancipator was, though, a direct descendent of Samuel Lincoln of Norfolk, East Anglia, who was to settle in Massachusetts in 1638. 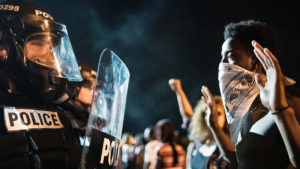 Though the old ethnicities are in decline today, their shadow still haunts the present as the US fractures along cultural and regional lines again. The progressive cultural Left has rekindled the flame of enthusiastic abolitionism, attempting to attain cosmic justice in their utopia. “MAGA America”, in contrast, channels the irascible and pessimistic vision of the Borders, and their tribune is a fighter focused more on winning than policy. In the 19th century, the switch of the populace of the lower North, Pennsylvania, Ohio and Indiana to an alliance with New England Yankees signalled the rise of a new Republican ascendancy that would persist down to FDR’s day. Now we are witnessing Americans of Latin American heritage frustrated with the moralism and cultural politics of the progressive Left, eyeing perhaps a realignment with the Borderers with whom they might share a cultural ethos, if not history.

Once you read Fischer and Phillips’s narrative, the past becomes illuminated. You can see shadows of the future already being cast.