On New Year’s Day, this year a liminal moment between a bad 2022 and what is sure to be a worse 2023, how are we to mark the 50th anniversary of Britain’s ill-starred entry into the European Community? Perhaps some insight can be gleaned from the contemporary historiography of the British state itself. For the great historian J.G.A. Pocock, writing at the time of Britain’s entry to the EC, the “obvious absurdity” of the momentous decision that “neither empire nor commonwealth ever meant much in their consciousness, and that they were at heart Europeans all the time” came as a great psychic shock.

A New Zealander, previously secure in his oceanic British identity, Pocock worked through the implications of the moment in his 1973 lecture, “British History: a Plea for a New Subject”, composed, he would later note, immediately “after the great divorce which occurred when you told us that you were now Europeans, which we, as New Zealanders, were not”. It was a conceptual reordering which meant “you cared as little for our past as for our future”.

Yet, Pocock observed, the implications for Britain were just as great as for the home archipelago’s imperial cast-offs. For after all: “if it has been psychologically possible for them to annihilate the idea of the Commonwealth…it is not altogether beyond the bounds of possibility that ‘United Kingdom’ and even ‘Britain’ may some day become similarly inconvenient and be annihilated, or annihilate themselves, in their turn.”

Without a grand overseas project with which to occupy itself, the centre itself, focused on Westminster, may not hold. Future historians may find themselves writing of “a ‘Unionist’ or even a ‘British’ period in the history of the peoples inhabiting the Atlantic Archipelago, and locating it between a date in the 13th, the 17th or the 19th centuries and a date in the 20th or the 21st.”

What evidence for this prediction can we find, a half-century later, in the collapsing British state of 2023? It is self-evident that the act of leaving the EU was an act of self-definition, a great inward turn to force the questions of what Britain is and what it should be back to the heart of national politics. Support for Brexit was closely aligned in the minds of its voters with a return to an economy of domestic industrial production, and to a drastic reduction in the historically unprecedented levels of inward migration to which the British political class had committed itself.

Yet the Brexit we got was another Brexit entirely: a vision of Britain as a global trading power entirely unmoored from the realities of its position, a product of the fact that our politicians, for all that effective governance of the UK remains beyond them, find our islands too small a stage for their talents. Johnson, Truss, and Sunak are each in their own ways exemplars of how the ideology of global Britain has made the British governing class incapable of running a small northwest European archipelago, prisoners of a delusion that Britain must always strive to be world-beating, even as it struggles to maintain parity with its closest neighbours.

For the Welsh political philosopher and former Labour MP David Marquand, writing in 1995 in a collection of essays engaging with Pocock’s grand conceptual reordering of our island story, such global pretensions were baked into Britishness from the start. As he observed, “for most of its history, the identity embodied by the British state was quintessentially global, oceanic, imperial and, by virtue of this, non- or at least extra-European”. The new British state’s justification was the consolidation of the various kingdoms of these islands in a grand imperial project, with the result being a vision of the British state and people which Marquand termed “whig imperialist”. And at its heart, he said, “lay the twin themes of globalism and constitutionalism. The British state was, by definition, a global state; and the British people, by definition, was a global people.” Can Europe survive the age of strongmen?

As Marquand observed, “the Whig imperialist vision of the British state helped to shape the mentality of the entire political class, left as well as right”. Whig imperialist Britain was Britain. “The British state was the child as well as the parent of empire. Its iconography, its operational codes, the instinctive reflexes of its rulers and managers were stamped through and through with the presuppositions of empire.” Even as the empire fell away, its ghosts still haunt Westminster, in inverted form, as a needy internationalism and an aesthetic distaste for the homely and familiar. Unlike our European neighbours, whose revolutions and wars of national independence helped clarify a secure sense of nationhood, Britain’s relentless focus on the periphery left a hollow void at the centre, at least for its rulers. As Marquand, now a convert to Welsh nationalism, observes, “shorn of empire, ‘Britain’ had no meaning”.

This interpretation does much to explain the strange pathologies of the 21st-century Westminster class, and elucidates the strange mystery of why Britain, more or less uniquely in Europe, possesses a markedly anti-national commenting class (intelligentsia is not quite the right word), whose European pretensions, like the continental affectations of a Hyacinth Bucket, are simply those of the provincial petit bourgeois, repelled by the drab simplicities of home. It explains why Britain, for a European country, is uniquely at risk of self-dissolution by global economic forces, and why its governing class’s sense of national identity, as far as can be judged from its citizenship tests, is such thin gruel, entirely indistinguishable from vague internationalist norms of liberal tolerance. It explains the compulsion towards mass immigration, entirely inconsistent with the demands of British voters: for as the empire folded in on itself, sucking the empire’s global children in along with it like a collapsing star, it became easier to remake Britain in the image of the world than to shape the world in a way congenial to British desires.

Such an interpretation also explains the extraordinary ease with which Britain’s governing class has reduced the country to a powerless factotum of America’s global empire, and the degree to which such total self-abnegation of sovereignty is presented and experienced, not as a humiliation fetish but as the natural order of things, and the bedrock of Britain’s security. To maintain its global pretensions, the Westminster class has been forced into a posture of what Perry Anderson termed “hyper-subalternity to the US in an era when America had become the sole super-power”. It explains why our Right-wing populists are enamoured of globalised free markets even as they rail against “globalism”, why our state broadcaster functions as a vector of America’s new ideological fixations, and why our royals as well as our politicians look longingly at the better opportunities to be found in California. It explains, too, why our sole national institution, the NHS, sucks both staff and patients from around the world, finding its merely national mission too paltry for its dignity, and the humanitarian obligations of the British taxpayer too bountiful to be shared only among the British people. The revenge of the technocrats

For the British governing class, and its taste-making hangers on, Britain as a small European country is simply too small a stage to bother with. Yet instead of addressing these tensions, surely the underlying cause of the failures of British governance which drove Brexit in the first place, the result of Brexit has only been to heighten them: more immigration, the Indo-Pacific tilt, the endless attempt to summon a Global Britain into being in a post-imperial world. The contradictions between Britain’s world-leading pretensions and shabby material realities are now becoming too sharp for the state to effectively manage. If Brexit has foregrounded one essential fact of British politics it is that the problems facing the country are rooted in its governing class: a class which swooped together with organic solidarity after Brexit to prevent any democratic attempt to redirect its course, and frittered away the country’s economic sovereignty on dreams of global relevance.

As Pocock observed, the Wars of the Three Kingdoms which accelerated the consolidation of the British state in Westminster were the result of England’s governing class attempting to resolve their own political divisions through the incorporation of their neighbours in a greater, shared project. For “the English did not want such a war, but found that they had to fight it with each other; and they hated it so much that they imposed it on Scotland and Ireland in the attempt to resolve it. The imperial sovereignty they imposed on other nations was an effect of the imperial sovereignty they had imposed on themselves.”

Britain’s entry into the EC was itself, likewise, a failed attempt to recapture a greater stage on which Britain could play a global role, and foundered on the same tensions, the inward-looking domesticity of the British electorate rebelling against the outward-facing cosmopolitanism of its governing caste. Always the foil of other nations’ acts of self-definition — a process now continuing, with Scotland, even in the home islands — Britain never saw the need or found the occasion to do so for itself. In the collapse of Britain’s empire, then, the only anti-imperial project that failed was that of liberating Britain from its own rulers. 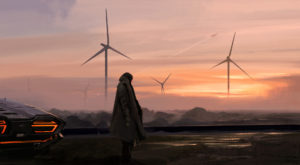 But is it possible to liberate Britain from Westminster while maintaining the Union? The Union’s collapse would surely only leave us stuck with the same governing elite on a smaller and more claustrophobic scale, just as the cosmopolitan pretensions of the various Celtic nationalisms are, if anything, even more hysterical and absurd than those of the Union as a whole. Yet any attempt at a British Meiji restoration similarly falters on the unavoidable fact that the British governing class has very little interest in the governance of Britain itself — instead it recoils from it, as a distraction from the glittering possibilities of the wider world.

Such an elite makes a shaky foundation for a project of national renewal, yet without a total overhaul of Britain’s governing class, the remaining time in which to advance such a project is rapidly slipping away, before the nation dissolves itself with an affected smirk of enlightened tolerance. The revolt against Brussels then, was always just the opening salvo, on a continental front, of a far more difficult campaign: to become a prosperous European country, Britain must still liberate itself from the self-defeating foibles and global aspirations of the Westminster class.