Modern man, wrote the social psychologist Erich Fromm in 1956, “has been transformed into a commodity”. Scroll through social media, and you will see this transformation is absolute. On one side, we are asked to rate glamorous, increasingly similar-looking people out of ten; on the other, we are confronted by “inclusive” ads and activists arguing that everyone is beautiful — but also that beauty standards shouldn’t exist at all because they are a form of oppression.

Both these competing visions of beauty have one thing in common: they are the result of many decades of the self’s extreme commodification. In other words, both are evidence of the fact that we have fundamentally lost our ability to see real beauty.

An intuitive sense of beauty should transcend trends. But our understanding of it fluctuates wildly. Just look at how the ideal woman’s body has varied in the last few decades: the fetishisation of heroin chic was en vogue in the Nineties, only to be replaced by the curvy Kardashianism of the early-2000s. Only in the last week, Kim herself has made headlines for having lost 10 kilos and “her signature curves” — heralding an era in which skinny is back.

This oscillation is the sign of a culture that has lost touch with the eternal. In its place, culture is now ruled by the narcissism of the individual — who, as Fromm put it, now “experiences his life forces as an investment which must bring him the maximum profit obtainable under existing market conditions”. The impact on interpersonal relationships has been drastic, and terrible. Fromm argued that one has to transcend one’s narcissism in order to see beauty in another, and so experience love — but society now precludes such transcendence, by seeing meaning-making as purely a question of economics. Community has broken down, and so we are forced to find meaning through marketing ourselves to the highest bidder.

The result is not beauty, but ugliness. Consider the marketed self that dominates social media: an exaggeration of sexual attractiveness which has, with the help of the beauty-industrial complex, become grotesque. Female bodies are made to appear hyper-fertile through Botox and butt lifts, and male bodies virile through calf implants or tummy tucks. A recent GQ article highlighted a man who spent $75,000 to have both of his femurs broken and his legs extended to increase his height by a few inches. “I noticed that taller people just seem to have it easier,” he said.

The end of the culture of narcissism

Such comments hint at how ideas of beauty influence intimate relationships. In dating algorithm swipe culture, taller men get more engagement. So, instead of removing himself from a market in which his body lowers his chances of finding a date, this man chooses to alter his body to game the system.

As for women, almost every form of cosmetic surgery has been on the rise since the pandemic, including Botox, lip fillers, and nose reshaping. When we were forced into becoming avatars of our real lives, in both professional and personal settings, we increasingly saw ourselves as the image we projected. It inspired many to alter their bodies in ways that look good on screen but horrifying in person. Instead of resisting the urge to flatten our existence to how we appear on Zoom, we altered that appearance so that our avatars look younger and similar.

This is one form of ugliness: radically manipulating the appearance of the self in order to satisfy our sense of what beauty is. But there is another prevalent form, which is based on radically altering any shared sense of what beauty is — by declaring it to be a form of patriarchal oppression. This form is epitomised by the fat acceptance movement.

At their most extreme, fat-acceptance activists claim that health standards, let alone beauty standards, are a social construct that must be overthrown. The “health at every size” mantra of The Association for Size Diversity and Health is, in some ways, an understandable response to sometimes extreme pressures to be thin. But it goes even further,  completely detaching health from weight, despite strong evidence the two are fundamentally linked. Elsewhere, this group forgets that a plus-size model posing in a tiny bikini (inevitably sent by a sponsor) is simply an individual commodifying her appearance to gain status. Unlike other models, this status comes from playing the victim: fat activists often suggest that equating weight with health is discrimination or an affront to their disability. True and transcendent beauty, though, is not to be found in either status game: it lies neither in exaggerated sexualisation nor exaggerated victimhood. Quite the contrary: beauty depends on the eschewal of narcissism, and the practice of outward virtue within an interdependent community. Today, however, this is no longer possible.

The upshot is that we have begun to see ourselves as standardised products, to be compared across an image-saturated marketplace. This view is apparent in the statement ubiquitous on TikTok: “He/she is a 10, but…” By reducing appearance to a crude number, our sensual experience of someone’s being is reduced to the visual — it is completely flattened. We are losing, to use Ivan Illich’s phrase, “sensual praxis”: a way of living that appreciates the full extent we are able to experience the world.

Illich asked, “What can I do to survive in the midst of the show?”, before answering his own question with a proposed two-fold approach. First, he calls for “an ethics of vision”, which calls for us to “protect” our “imagination from overwhelming distraction, possibly leading to addiction”. Second, he suggests “ocular askesis”, a discipline by which we train ourselves to perceive the world as we wish to see it. Illich scholar L.M. Sacasas goes further: “Our task, then, would be to cultivate an ethos of seeing or new habits of vision ordered toward the good. And, while the focus here has fallen on sight, Illich knew and we should remember, that all the senses can be likewise trained.” 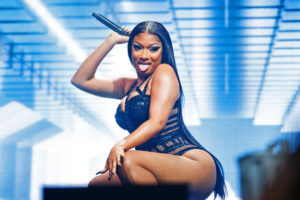 Fromm says something similar about love, which, he argues, “isn’t something natural. Rather it requires discipline, concentration, patience, faith, and the overcoming of narcissism. It isn’t a feeling, it is a practice.” Love, like beauty, has been decoupled both from the context of interdependence and the wholeness of embodied experience. The decoupling has left us with a crisis of intimacy: even as we reveal more intimate details about ourselves on social media, we are losing our ability to be close to others in real life.

The commodification of beauty is at the heart of this crisis. Fromm argues that “the principle underlying capitalistic society and the principle underlying love are incompatible”. But we can overcome the idea that we are only beautiful if we can be marketed in specific, narrow realms. We can choose not to rate each other with numbers, or indulge the swipe culture of dating apps. Training ourselves to see the transcendent beauty of virtue is a way to open ourselves up to the expanse of human experience, to hone our “sensual praxis”, to restore our ability to be interdependent again, and to love.