Burdened with a decomposing President and a clearly overmatched Vice President, the Democrats are on the hunt for a saviour. For many in the party, Gavin Newsom, the 54-year-old perfectly coiffed Governor of California, seems like the perfect solution. No doubt, given his recent trolling of Florida’s Republican frontrunner Ron DeSantis, he feels the same.

But Newsom’s ascendency faces some severe challenges. First, to get nominated, he must not only depose Biden, but also see off Vice President Kamala Harris. And she has three things Newsom lacks: she’s a woman, she’s black, and she has Asian Indian ancestry. Newsom, on the other hand, is white, was born into a well-connected San Francisco family, and is married to a film-maker and scion of a very wealthy Bay Area family.

Perhaps more importantly, things have not been particularly good for the minority Californians he was voted in to look after. In the Golden State, African-Americans and Hispanics do far worse economically than their counterparts elsewhere in the country. Black residents, on a cost-of-living basis, make about as much as they do in Mississippi, and far less than in states such as Texas, Florida, or Arizona.

Class may prove an even more glaring weakness. Newsom sees his state as a model, claiming California is “the envy of the world” and the great bastion of social justice. “Unlike the Washington plutocracy,” he boasts, “California isn’t satisfied serving a powerful few on one side of the velvet rope.” Yet he is the favourite son of what The Los Angeles Times described as “a coterie of San Francisco’s wealthiest families”, including the founders of the Gap clothing chain, the Pritzker’s and the Getty Family, who essentially adopted him, financed his business ventures, allegedly paid for his first lavish wedding, and helped launch his political career.

Meanwhile, Newsom’s green and progressive pronouncements contrasted starkly with his passion for the good life. He has long lived in luxury, first in his native Marin, and now in Sacramento. This caused Newsom some embarrassment during the height of Covid when he was caught partying in ways that violated his own pandemic orders at the ultra-expensive, ultra-chic French Laundry in Napa and more recently on a lavish family vacation. 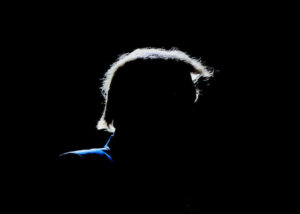 Donald Trump is not finished yet

When it comes to actual policymaking, Newsom is not much better. He backs an ineffective education system, controlled by his teacher union allies, that leaves almost three out of five California high schoolers unprepared for either college or a career. Meanwhile, his children attend one of the capital’s regions trendiest private schools. He is, in effect, an embodiment of the increasing feudal nature of modern California, which stands among the least egalitarian states in the nation and suffers the overall highest poverty rate in the country, according to the US Census Bureau. Inequality here now surpasses that of Mexico, and is closer to that of the Central American banana republics of Guatemala and Honduras than it is to developed countries such as Canada and Norway. California also suffers the widest gap between middle and upper-middle-income earners of any state, while driving up housing costs and narrowing opportunities for working-class people in blue-collar industries.

So how has Newsom gotten to the point of Presidential viability? Much of the answer lies with California’s own bizarre politics, ruled by a one-party state dominated by public employees, tech oligarchs and green non-profits. These groups finance his campaigns and act as shock troops, along with the largely compliant media. There is no serious challenger to his re-election in November. State Senator Brian Dahle, a fellow GOP aspirant, is an obscure northeast California dairy farmer who failed to secure 20% of the primary vote.

And yet Californians are not particularly enthusiastic about Newsom — his approval ratings stand at roughly 50%, while 60% are pessimistic about the state’s direction. He doesn’t even rank among the nation’s most popular Governors, but stands at about average. At least half of residents, particularly in the state’s interior, see California going in the wrong direction.

Californians are not totally inert or stoned to care; they are discouraged. In Los Angeles, 10% plan to move out this year. Between 2014 and 2020, net domestic emigration from California grew from 46,000 to 242,000, according to US Census Bureau estimates. Yet Newsom’s answer to these concerns is not to create new opportunities for middle or working-class California but to expand what Marx called “the proletarian alms bag”. Rather than lower taxes or give incentives to business, Newsom simply expands the welfare state. Does Jill Biden think you are a taco?

Given the bumper revenues of last year, and the pathetic state of his opposition, Newsom’s gambit will likely pay off this year. But whether it can hold until the next election in 2024 remains less certain. The current tech bust and potential real estate decline could force the current surplus — which is in large part down to pandemic transfers from the federal government — over a “fiscal cliff” by next year, notes the state’s legislative analyst’s office. In other words, Newsom’s penchant to bribe voters may end up as successful as that of Juan Perón.

Against a poorly financed unknown from a party associated with the widely detested Donald Trump, Newsom will likely cruise to victory in November. As the anointed Great White Hope, he may seem like the man to save the Democrats from their own follies and the legacy of the current disaster in the White House. He just has to pray that his own policy failures don’t catch up with him first.