Good-looking, groomed, docile. They were paraded around the arena, so that we could all see their body composition and their agility; so that we could see there were no signs of illness or infirmity. This is good stock, a fine animal for breeding.

The county fair was one of the more exciting events in rural Kansas when I was a kid. I’d go along to see my friends from nearby farms working the livestock shows, trotting out the creatures to which they’d devoted themselves, in the hopes of a blue ribbon and a small cash prize. Look at this great pig we raised!

I’d go along, too, to watch other teenage girls — those few who were managing the fluctuations of puberty well — exhibiting themselves in polyester and rhinestone gowns. They would walk across the stage to show how refined they were; they would wear backless and sleeveless dresses to show their good muscular tone and their skin free from blemishes. Whoever won would go off to one of the three mid-sized cities in the state to represent our county, in the same way the best pig represented its farm. Look at this great lady we raised!

Eventually, they might represent the nation. As a child, I would lie on my grandmother’s floor and watch the enormous national and even international versions of the beauty pageants I’d seen at the county fair. It’s a poor kid’s idea of glamour: if it sparkles it must be expensive. But it was also the external performance of a secret, hidden wish: to be selected, to be deemed special, to be crowned, so you could get the hell out of this rural town and be whisked away to a more beautiful life. And when the Miss USA 2022 pageant line-up was announced, I was secretly rooting for Miss Kansas — the kind of girl you’d see at the Topeka mall not eating at the food court and think: “she’s so pretty, what is she doing here?” Miss USA is not to be confused with Miss America. It is far trashier. Their website’s portfolio of contestants has zero biographical information, just photos of the girls clavicle-up, their hair wet and messy like they “just stepped out of your shower”, but with a thick layer of make-up and fake eyelashes. Unlike the Miss America website, which lists out each contestant’s “Social Impact Initiative” and college majors and career goals, Miss USA just has hot, wet girls giving their best trout lips to the camera. And unlike Miss America, which caved to calls to get rid of the swimsuit competition in 2018, Miss USA continues to resist. It knows why you watch pageants.

And so the pageant is accompanied with much soul-searching. Questions swirl: are we celebrating women’s beauty or women’s accomplishments? Is this feminist or anti-feminist? Who is it for? Are we proud of these women or are we setting them up as the punchline to an unwritten joke? Do we want these women to do well or are we hoping one of them will confuse Georgia the state with Georgia the country or refer to Ukrainians as Russians and set off a meme that has vast geopolitical implications?

Since the last iteration of Miss USA, a tragedy has darkened the pageant’s reputation and these questions are more fraught than ever. In January, the radiant 2019 winner, Cheslie Kryst, jumped to her death from a Manhattan apartment block. In life, Kryst was a perfect model of feminine excellence: not only was she beautiful, she had a law degree and an MBA and a side hustle with the celebrity gossip show Extra. She represented a new kind of beauty queen. But the year before she died, she wrote an essay for Allure about the pressure “to hoard accomplishments as fast as possible” in order to compete with her peers. Even when she triumphed, it didn’t feel good: “Why do I work so hard to capture the dreams I’ve been taught by society to want when I continue to find only emptiness?” My own disenchantment with pageants was born out of a growing feminist awareness. Naomi Wolf’s very successful (and mostly silly) The Beauty Myth was released just as I hit puberty. I stopped reading it only a few chapters in — I needed a book to help me manage my lack of beauty, not one suggesting that being beautiful is hard, actually — but it had a huge influence. There were suddenly new questions being asked, even in fashion magazines. Shouldn’t girls and women be valued for something other than thin thighs, ample chests, shiny hair, and frantic smiles? Shouldn’t women aspire to do something grander than cash in their sexual capital as fast as possible?

For a while, when protestors outside the Miss America pageant were burning their bras and fighting to redefine what femininity could be, it seemed that, if we pushed hard enough against beauty culture and unfair standards, we could finally eradicate them once and for all. Maybe women wouldn’t be judged first — or solely — by their appearances; maybe ugly girls would get a fighting chance in this world, finally freed from, as Andrea Dworkin put it, “the lengths to which men will go to protect themselves and their society from the contamination by ugly women”.

The pageants heard these criticisms and saw the dropping audience numbers and responded by looking for women who worked with charities, who had medical degrees and cured diseases, who spoke multiple languages, who studied international relations and could explain in 20 seconds or less how to defuse a ticking geopolitical timebomb. But they also still had to appeal to sponsors and advertisers, who still find it useful to collaborate with attractive women and splashy spectacles. So all these competitors also had to have a winning smile and a great pair of tits. Why Baltimore didn’t defund the police

The attempt to make the beauty pageants more feminist — or to at least prize something other than just beauty — has actually made them more regressive and less politically defensible. This echoes many of the failures of contemporary feminism, which has burdened women with new obligations and expectations without freeing them from any of the old ones. We still have to be perfect mothers and domestic goddesses with nightly ten-step skincare routines — while also finishing our PhDs in biochemistry. Adding new qualifications for our beauty queens wasn’t a sign of defiance against a culture that puts absurd pressure on women — it was a reinforcement of it.

Nowadays, even entry-level jobs can require university degrees; you need a masters to even get the chance to be exploited in our new frantic corporate culture. In this competitive, aspirational environment, women must be girlbosses; we still don’t have the freedom to be mediocre. And looks still give women a leg-up. If you lose focus for a moment, or your hair goes flat, there is a bitch with a can of AquaNet stashed in her purse ready to take your place.

Beauty used to be more of a lottery: an advantage granted, completely unfairly, to a select few. If they had the guts, those few could leverage it to get out of their dusty little towns and ascend to another class. This is the origin story of generations of Hollywood starlets, beauty queens, trophy wives, and models. When I was a kid, I’d see the pageant scouts trawling malls, fairs and high school games, looking for fresh meat. Pageants for girls were a lot like athletics for boys: a performance of gendered excellence that could project you out of a predictable future in failing and depopulating towns and into the possibility of greatness, riches and wealth. Or at least a scholarship that would get you a degree in computer science or hospitality management. 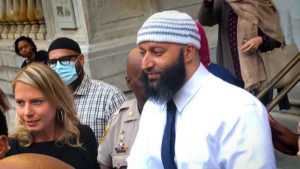 Mostly, girls from small towns who were told all their lives how exceptionally pretty they are found that, in competition with someone other than farm girls and small-town cheerleaders, their good looks didn’t count for much. Especially next to city girls with access to cosmetic dentistry and professional dermatological care.

But now beauty — like higher education, entry into cultural institutions, and the fancy universities that will set you up for life — is just another thing that can be bought, if you work really hard, or inherit a lot. (Heiresses like the Hadid sisters, not content with inheriting millions from their father’s real estate empire, bought entirely new faces and entry into the modelling world.) More than ever, all the girls competing for Miss USA look vaguely the same, thanks to what looks like fillers, Botox, and facial contouring — all of them have the “Instagram face”.

The homogeneity is ironic, because Miss USA has done a lot of work in the run-up to this year’s pageant to justify its existence by claiming it is diversifying the standards of beauty with racial inclusion. They also claim to be celebrating the grand variety of women’s accomplishments. All the time, though, they have been trying to ignore the spectre of Kryst’s death. That’s pageant culture: preying on women’s insecurities and fears of failure in a precarious economic environment to keep them running on the endless hamster wheel of accomplishment.

Who wins in all this? Not the woman wearing the crown, nor the runners-up on the stage. Perhaps it’s the girls at home — too plain, too ugly and too unshapely to dream of ever making it onto that stage. These girls will raise good pigs or hold an unglamorous local office. They know they’ll never be good enough and so won’t ever have to compensate for some inner lack with external markers of success.