However indifferent we might have been to our school days, most of us will remember at least one moment of significant connection to a teacher, or a lesson, or a book. I recall my high school teachers as a mixed bunch who nonetheless possessed a few things in common: volcanic tempers, crumpled clothes, an unconcealable world-weariness. They drilled the curriculum into us, and several of us even passed our exams, but many had, understandably, lost the ability to make any kind of connection with their students years before.

In the Eighties, central Scotland was hit with the kind of mass unemployment, addiction and poverty that often weakens school performance. By the time I started high school in the Nineties the classroom was, for many, nothing more than a box you were confined to while the clock ticked and the clouds moved past the window. Lessons regularly slipped towards chaos, and for the teachers who struggled to impose themselves, impenetrability became a survival instinct.

In the midst of this I remember an English class where the teacher made small and regular efforts to impart something personal to her pupils. “I’ve read a brilliant book,” she announced one afternoon, just as the bell rang. “By a new, young Scottish author, if anyone’s interested?” The classroom emptied in record time, but I was intrigued. At 15, culturally isolated in a small town, I had no idea that young Scottish people were writing novels. It would have been fatal to my credibility to be seen to be interested, but I memorised the title and walked to the local library after school that day.

Morvern Callar, by Alan Warner, tells the story of a 21-year-old supermarket employee living in a nameless Scottish port town. When she finds her self-serious boyfriend dead on the kitchen floor by his own hand, she steals the unpublished novel he has written and sells it, using the advance to go clubbing in Spain. It was first published in 1995; my teacher must have read it upon release, and I shortly after that.

Trainspotting didn’t enter my teenage consciousness until it’s adaptation for the cinema in 1996, so until Morvern Callar arrived my experience of literature had been strictly dustbowls and waistcoats — school texts like Of Mice and Men, To Kill A Mockingbird, and An Inspector Calls. Our teachers worked hard to convince us of the relevance of things that had happened in Salinas, California, or Maycomb, Alabama, but now we had a local book; suddenly it seemed as though Morvern Callar — dangerous, youthful, Scottish — was lurking right outside the classroom window. I devoured the novel, as did my friends, as, eventually, did my mum and dad and sister. The thing that captured all our imaginations was the strange familiarity of the protagonist’s voice: Morvern was an enigmatic and illusory presence, but she still spoke like someone we knew from down the shops.

We all speak a dialect and this, whether we like it or not, forms part of our identity. Yet the use of dialect in modern novels has fostered debate on many fronts. How to represent class and nationality in literature is a question that stretches back to Dickens and the Brontës and beyond to the 18th century, when authors began to experiment with a wider variety of local speech. Today, authors are often under pressure to tone down dialect in novels for the sake of reader accessibility.

One only has to consider the furore over another Scottish novel — James Kelman’s How Late it Was, How Late — to get a sense of the controversy surrounding dialect. The novel, written in what critics described as working-class Glaswegian vernacular, won the Booker Prize in 1994 to the horror of the columnist Simon Jenkins, who claimed it was “literary vandalism” and compared Kelman to an “illiterate savage”. One judge, Rabbi Julia Neuberger, said the book was not “publicly accessible” and threatened to resign if it won. 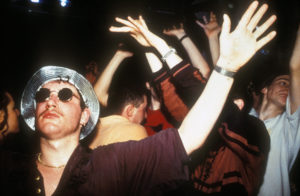 Perhaps it was the swear words that did it: an estimated 4,000 fucks. But Kelman wasn’t the literary disruptor some people painted him as: “Most of my stories were written from within my own culture,” he said, “so you use the language as people use it.” His book, which tells a day in the life of a newly blind ex-con called Sammy, is a letter-perfect feat of ventriloquism. The reader is fully immersed in the thoughts and speech of the Glaswegian protagonist and every aspect of his life in Nineties Scotland — the DSS, the worn cassettes (Dylan, Kristofferson, Cash,), the pubs called Glancy’s. We are treated not only to Sammy’s personality, but the personality of place.

But for many readers, schooled on did, do and done and raised on prize-winners from a mainstream novelistic tradition, the dialect understandably made the novel a slog. It was hard for some to see beyond the spelling — ye for you, didnay for didn’t, wasnay for wasn’t — and there were suggestions that Kelman’s writing was inaccessible to the very people he was apparently writing about, and for.

While critics lined up to disparage Kelman’s stylistic choices, it was Jenkins who perhaps pinpointed where the real controversy lay when he claimed Kelman had done no more than “transcribe the rambling thoughts of a blind Glaswegian drunk”. As is so often the case, arguments about language and spelling were a flimsy cover for efforts to define who belongs in literature, which writers are worthy of the major prizes, and which emotional crises can be considered valid novelistic fodder. Can the alley-bound, newly-blind Glaswegian ever be considered the equal of the Hampstead fig-eater, gazing down from his nine-over-six window?

Perhaps, though, it all comes down to the mundane question of sales. The head of books at WH Smith noted snidely that sales of Kelman’s book had quadrupled after winning the Booker Prize — from eight to 30 copies a week! By contrast, the 2020 Booker Prize was won by another Scottish novel, Douglas Stuart’s Shuggie Bain — a no-less brutal tale of courage and love, but one that wielded dialect very sparingly. The book was an international hit, selling more than 1.5 million copies around the world. Despite his reluctance to write in dialect, Stuart spoke of his own debt to Kelman: “How Late it Was, How Late changed my life… It is also one of the first times I saw my people, my dialect, on the page.”

Of course, dialect is not the only way to create a sense of local identity. Alan Warner’s Morvern Callar is a far more accessible novel than Kelman’s, but it loses nothing in terms of intimacy and locality. Warner rejected the phonetic spellings (or “eye dialect”) used by Kelman, instead modifying standard English words with suffixes (silentness, queerish) to give Morvern a wide-eyed individuality that echoed the kind of front-room talk you might hear from your grannie and your auntie. The use of archaic colloquialisms (totey-wee, blethering, midden) and the proliferation of local nicknames — serve to illustrate the tight-knit informality of the community she comes from.

I hadn’t read Morvern Callar in a decade when I returned to it during the pandemic, bored and homesick on furlough in London. The feelings it gave me as a teenager in a small working-class town were undiminished as an adult in London — that there is darkness and poetry outside our front doors; that events worthy of literature can take place anywhere. I had probably decided I wanted to be a writer back in 1995, but as is often the case, school then jobs and life in general got in the way. With months off work I decided, finally, I’d have a go at writing my own book.

After living away from Scotland for such a long period, it wasn’t as straightforward as sitting down and writing from scratch. Dialogue is often mentioned as one of the trickiest part of writing to master, and if you are trying to replicate a specific dialect — even one you grew up with — it is doubly hard. I used my own way of speaking, the speech of my family and friends, as well as online resources like The British Library archives to polish the dialect of individual characters. The process revealed the threads of Doric dialect that I’d picked up from my father, who grew up in the northeast of Scotland: words like pechin (tired), birl (spin), and muckle (big), and the habit of dropping the “s” from the end of many pluralised words (“down the stair, seven year ago”). The year of the femcel

Reading a book written in dialect requires commitment from the reader. And yet so many of the attributes that readers prize in a book — atmosphere, authenticity, a sense of place — are enhanced by characters who speak and think in distinctive ways. The structure of our language defines not only our own identity, but how we experience the world, and opening ourselves to other ways of speaking can help us better understand other lives. For me, writing in dialect helps readjust the boundaries of who belongs in literature.

I never told my English teacher that I had been listening that day in class, or that I tracked down and read the book she recommended. Yet Morvern Callar is a book whose voice strongly informed my own attempts at writing. It taught me that there was profundity in my small-town experience. And it showed me that you could, in Scotland, write about those experiences.