Nowhere is better suited for flights of fancy than California, a place of miraculous growth and remarkable innovation. A backwater barely a century ago, with just over 3 million residents compared to nearly 40 million today, the Golden State has established pre-eminence over everything from agriculture and film to space travel and the internet.

Yet in recent years, California’s lead has become increasingly concentrated in one sector: tech. This has left the state deeply exposed to the recent decline of the stock market, which is concentrated heavily in tech stocks, and the inhospitable short-term climate for start-ups, which once reliably filled the state’s coffers. Easy Street is about to get a lot less so.

Even as state offices and their media megaphones crow about its nearly $100 billion surplus, California’s Legislative Analyst’s Office predicts the likely reappearance of budget deficits in the near future. Instead of flush times, we are likely to see a repeat of the last recession, which ended in 2009. Back then, it took California five years to get revenue back up to pre-downturn levels, during which time the government was forced to cut state programmes by roughly $45 billion to compensate for the deficit.

In many ways, California is even more vulnerable today. Governor Newsom and his PR team may boast about the state’s economy “roaring back”, but California enters the recessionary environment with the nation’s fourth highest unemployment rate and one of the nation’s slowest job recoveries. Los Angeles and San Francisco, its two biggest cities, are near the bottom of all metros in terms of job recovery.

This decline has its roots in the pre-pandemic era. For years California has been severely underperforming its main rivals — Texas, Washington, Arizona and Utah — in construction, manufacturing and professional and business services. Over the past decade, roughly 80% of all jobs created in California paid below the median income, creating an ever-expanding working class in low-end service industries.

During the boom for the rich, the state decided not to re-diversify its grassroots economy but expand its welfare state. This may have won plaudits from progressive publications, but the state is not a bottomless pit. California still suffers the highest long-term debt of any state — $507 billion — and that will only increase with interest rates.

And yet there seems little appetite to change course. Flush from his recall triumph, Newsom, along with the legislature, is determined to double down on his attempt to fashion California as the model for the progressive future. Others, such as the University of California’s Laura Tyson and former Newsom adviser Lenny Mendonca, see the Golden State as creating “the way forward” for a more enlightened “market capitalism”. But this reality is hard to see on the ground.

The state has long suffered the nation’s worst cost-adjusted poverty rate and the fourth-highest Gini Inequality index (behind New York, Connecticut, and Louisiana). According to the United Way of California, over 30% of California’s residents lack sufficient income to cover basic living costs even after accounting for public-assistance programs. “People of colour” may be celebrated and promoted in Sacramento, but 52% of Latino and 40% of black residents can barely make ends meet. In a new report for Chapman University, my coauthors and I found that African-American and Latino Californians’ real earnings ranked between 48th and 50th among the states.

This is in no small part due to California’s “progressive” policies; its over-reliance on renewable energy, for instance, has devastated the working-class economy. While the state continues to struggle to create jobs in construction, personal services, and tourism, it aims to bury forever its once-massive, traditionally high-paying oil and gas industries, which still employ more than 300,000 people, roughly half of whom are minorities.

At the other end of the spectrum, Silicon Valley’s once-impressive lock on new tech investment has also been diminishing, something acknowledged by insiders but widely denied in the state’s slavishly progressive media. Firms such as Apple and Meta are now expanding into other metros, including lower-cost areas such as Austin or Raleigh-Durham. Indeed, in 2019 Texas actually passed California in terms of creating new tech jobs. Of course, given its sizeable lead, California will likely continue its pre-eminence in tech and other industries. But that dominance is undeniably fading. Blessed with a remarkably innovative populace and a wide array of natural resources, presiding over California’s decline is no mean feat — and yet sadly our deluded political class seems determined to guarantee it. One prominent Democrat, moderate and sentient, read some of our Chapman findings and agreed with our conclusions, but tried to persuade us not to report many of them, since his caucus would dismiss our findings as “Republican propaganda”, even though they are based on data from the Census, IRS, and Bureau of Labor Statistics.

Californians themselves are not so unwilling to face reality. The legacy media may see California as a multi-cultural exemplar, but a recent Berkeley poll, showed that 58% of African Americans are interested in leaving the state, more than any ethnic group. So too do 45% of Asians and Latinos. Meanwhile, roughly two in three of its residents also are concerned about their state’s distorted class structure and expect inequality to worsen.

And yet a major shift to the centre, much less to the Right, seems unlikely for now. In fact, bad times, and declining revenues, could push the state further to the Left. There are, for instance, already calls among the huge Democratic majority in Sacramento to raise the state’s income tax, already the nation’s highest, as well as new payroll taxes to pay for universal health care. Worse yet, the prospect of wealth taxes, and plans to force people to pay even if they leave the state, could add to the departure of high-profile billionaires such as Elon Musk and Larry Ellison to other states. There’s even a proposal to reduce the working week to four days, and 32 hours, with all additional work counted as overtime.

For now, however, the more radical proposals will be shelved to make way for Governor Newsom’s reelection in November. Predictably, he has tried to present himself as more moderate — for example by embracing the use of natural gas generators and keeping the state’s last nuclear plant operating to forestall predicted and massive energy shortages. But once reelected, he is unlikely to hold the line. 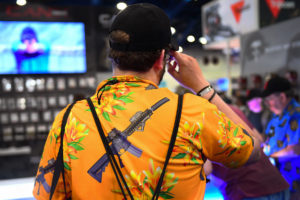 Still, this isn’t just a Left-wing problem. The lack of effective resistance to such inevitable failure reflects the utter demise of the GOP, particularly its Trumpian wing. Perhaps the much-needed debate surrounding California’s future could be enhanced if Michael Shellenberger, a long-time environmentalist and critic of state homelessness policies, somehow emerges in the non-partisan “jungle primary”. But even then, Shellenberger will lack money, media support and a grassroots operation to compete with the public employee’s effective vote-pulling operation or mass contributions Newsom can expect from the oligarchic class.

And that is a tragedy: those of us who stay in California should not be forced to choose between a tech capitalist dystopia or a redder one. California still has the assets, human and natural, to forge its technological, cultural, and economic future. But this requires the adoption of practical, broad-based improvements in education, infrastructure, regulatory reform, and an end to ever-rising tax rates. It shouldn’t take a recession for our political class to realise this. California can remain a beacon to the world — but only once its current rulers are either removed or finally chastised by reality.