On the morning of Monday, 5 April 1982, the aircraft carrier Invincible slipped its moorings and eased into Portsmouth Harbour, bound for the South Atlantic. It was barely ten o’clock, yet the shoreline was packed with tens of thousands of flag-waving onlookers, singing and cheering for all they were worth, many of them in tears. From every building in sight flew the Union Jack, while well-wishers brandished dozens of homemade banners: “God Bless, Britannia Rules”, “Don’t Cry for Us, Argentina”. In the harbour, a flotilla of little boats, crammed with spectators, bobbed with patriotic enthusiasm. And as the band played and the ship’s horn sounded, red flares burst into the sky.

It is 40 years now since the outbreak of the Falklands War, one of the strangest, most colourful and most popular conflicts in British military history. Today this ten-week campaign to free the South Atlantic islands from Argentine occupation seems like a moment from a vanished age. But that was how it felt at the time, too: a scene from history, a colossal costume drama, a self-conscious re-enactment of triumphs past.

On the day the Invincible sailed, Margaret Thatcher quoted Queen Victoria: “Failure? The possibilities do not exist.” In the Sun, executives put up Winston Churchill’s portrait. And as the travel writer Jonathan Raban watched the departure of the Task Force on television, he thought it was like a historical pageant, complete with “pipe bands, bunting, flags, kisses, tears, waved handkerchiefs”. He regarded the whole exercise with deep derision, until the picture blurred and he realised that, despite himself, he was crying.

For many people the Falklands War was only too real. There were serious issues and genuine lives at stake, not just for the 1,813 islanders who had woken to find military vehicles roaring down their little streets, but for the tens of thousands of Argentine conscripts and British servicemen who were soon to be plunged into the nightmare of combat. And although polls suggest that about eight out of ten Britons strongly supported it, there were always those who considered it a mistake, a tragedy, even a crime. A certain Jeremy Corbyn thought it a “Tory plot to keep their money-making friends in business”. The novelist Margaret Drabble considered it a “frenzied outburst of dying power”. A far better writer, Argentina’s Jorge Luis Borges, famously called it “two bald men arguing over a comb”. That seems an odd analogy, though, for almost 2,000 blameless sheep farmers, who had no desire to be ruled by a junta that threw dissenters out of helicopters.

One common view of the Falklands campaign is that it was Britain’s last colonial war. But this strikes me as very unpersuasive. When we think of colonial wars, we think of wars of conquest by white men in pith helmets against brown-skinned underdogs. We think of embattled imperialists struggling to stave off a nationalist uprising, or fighting in defence of white settlers against a native majority. But the Falklands War was none of those things. There was no oppressed indigenous majority — except perhaps for the islanders themselves, some of whom had been there since the 1830s. As for the Argentines, their Spanish and Italian surnames were a dead giveaway. Indeed, few countries in the Americas had done a more thorough job of eliminating their original inhabitants. 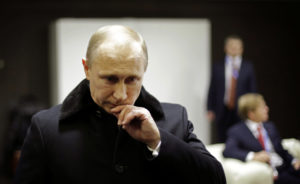 What of the British? For all the “Empire Strikes Back” headlines, they had actually spent the last decade trying to give the islands away. Less than 18 months before the invasion, Mrs Thatcher had sent the chain-smoking Nicholas Ridley to urge the islanders to accept a sovereignty deal with Buenos Aires. His words have a blackly ironic ring today. “Do you want the Argentinians invading you and us kicking them out in a state of perpetual war?… I mean, it’s all very well sitting here saying someone else must come and kick the Argentinians out. Of course we will, but is that good for sheep farming, for fishing, for looking for oil, for all your futures, for your children, and your grand­children and your great­-grand­children?”

On paper, much of what he said was perfectly true. Not unsurprisingly, however, it went down like a lead balloon. When Ridley flew home, the islanders saw him off with a loudspeaker playing Land of Hope and Glory, This Land Is Our Land and We Shall Not Be Moved. He didn’t come back.

Not a war of decolonisation, then. And still less a Victorian war of conquest. Yet there’s no denying that this was a war with a sense of history. On the morning the Task Force sailed, the Daily Mail interviewed a veteran of the First World War, Tommy Mallen, for whom it had been a day of catharsis. “I thought England was done for, spineless, a doormat for the world,” he said. “I’d pass the war memorials or see Nelson’s Victory and wonder what it had all been for. But I was wrong, thank God. We are still a proud country, and we’ll still protect our own.”

The fleet’s commander, Rear Admiral Sandy Woodward, said much the same. Two months later, bursting with pride after the successful landing at San Carlos, he too looked back to the age of Nelson. “What difference,” he wondered, “between Ardent, crippled and burning, still fighting and Sir Richard Grenville’s Revenge all those centuries ago? Or between this and that October day off Cape Trafalgar as Nelson and Hardy walked the quarter deck of the Victory shortly after noon?”

The references to Nelson, the most romantic of all British patriotic heroes, were no accident. From start to finish there was something oddly 18th-century about the Falklands campaign, not least the fact that so much of it involved the high seas. One of its many ironies was that until the Argentines invaded, the Thatcher government had been planning to slash the Royal Navy to the bone. But the spectacle of the Task Force ploughing through the Atlantic was perfectly calculated to stir the hearts of a seafaring people who had grown up with tales of Drake and Nelson. And from the moment the fleet left, press and public alike relished the connections with Britain’s maritime history. In that respect, the news editor of the Sun, who took to wearing a naval cap and demanded that his subordinates address him as Commander, spoke for millions. Today much of the Sun’s coverage would have sensitive readers running for the hills. The “GOTCHA” headline, glorying in the sinking of the General Belgrano, was merely the most infamous example in a long series: the repeated admonitions to “STICK IT UP YOUR JUNTA”, the paper’s “Argy-­Bargie” joke column, even its operation to airlift 50 gigantic posters of Page Three girls to the RAF base at Ascension Island.

Yet none of this would have seemed shocking to newspaper readers in 18th-century London. Britain fought at least seven major campaigns against the Spanish Empire in the course of the 18th century, from the War of the Spanish Succession and the War of Jenkins’s Ear to the Seven Years’ War and the struggle against Napoleon, and the press coverage back then was much the same. On one side, the jolly, earthy, open-hearted Jack Tars, the defenders of individual liberty and plain-speaking Protestantism. On the other, the inheritors of Spain’s Black Legend: flamboyant, superstitious and unspeakably cruel. “A jumped-­up junta of barbarous men,” roared one Tory backbencher. “The very thought that our people, 1,800 people of British blood and bone, could be left in the hands of such criminals is enough to make any normal Englishman’s blood boil,” thundered another.

He was speaking in the spring of 1982, but he could so easily have been talking two centuries earlier. Indeed, it’s striking how often MPs reached for parallels, not just with the Second World War, but with the campaigns against the Spanish, the French and other similarly sallow and superstitious foreigners. “Let us hear no more about logistics — how difficult it is to travel long distances,” declared the Tory backbencher Edward du Cann. “I do not remember the Duke of Wellington whining about Torres Vedras. We have nothing to lose now except our honour!”

History never repeats itself, of course. But when you start noticing the Georgian resonances, it’s hard to stop. A few months after the Task Force returned in triumph, the social commentator Peter York claimed that the single most powerful “piece of everyday symbolism” in the country was the mock-Georgian front door, “strong and safe and solid… a revisionist burst of bourgeois individualism”. The members of Visage, Duran Duran and Spandau Ballet, with their whitened faces, billowing pantaloons and over-elaborate eye make-up, would have made superb extras in a stage revival of Richard Brinsley Sheridan’s The School for Scandal. So too would the greatest sporting icon of the age, whom you can easily imagine roaring out “Hearts of Oak” on the deck of the Victory.

As the cricket writer Derek Hodgson put it: “Regency England would have recognised him instantly as the man who could ride to hounds from dawn, fight 25 rounds bare-knuckle of an afternoon, dine on a mountain of boiled mutton, roast beef, plum duff and cheddar cheese, washed down by ale and claret, and top it off with a bottle of brandy: a man who proclaimed one Englishman worth 10 scurvy foreigners. For Ian Botham read John Bull.” Even Margaret Thatcher, so often seen as a Victorian Gradgrind, had her Georgian side. When she moved into 10 Downing Street, she specifically requested paintings of Nelson, Wellington and George II. At a reception in the autumn of 1982, she gave the journalist Hugo Young a tour of the new paintings, proudly pointing out George I, Sir Robert Walpole, William Pitt the Younger and “other admirals and soldiers”. And when, in her memoirs, she discusses the moment she became Prime Minister, whom does she quote? Not Churchill, but Pitt the Elder: “I know that I can save this country and that no one else can.”

Perhaps it was no wonder, then, that the Falklands War felt like an eighteenth-century throwback. In a country shorn of its imperial pretensions, struggling to find a new place in the world, it revived the image of a buccaneering, free-trading, maritime people, sometimes boorish, often vulgar, but always staunch in the defence of freedom. Here was the Britishness — or perhaps more accurately, the Englishness — of Rule Britannia, of James Wolfe at Quebec and H. Jones at Goose Green, swashbuckling martyrs in the national cause. It was cynical and sentimental, ruthless and romantic, fervently patriotic and often aggressively populist. Some people hated it. But deep down, most felt its emotional pull.

For almost two centuries it had been buried beneath a veneer of Victorianism, but it had never disappeared. “It must have always been there,” wrote the columnist George Gale on the day of victory, “for we have seen it flooding back.” Britain, agreed Margaret Thatcher, “has re-kindled that spirit which has fired her for generations past and which today has begun to burn as brightly as before.”

But it was an even more controversial politician who put it best. “A change has come about in Britain,” wrote Enoch Powell. “We are ourselves again.”

Dominic Sandbrook and Tom Holland discuss the Falklands War in The Rest is History.