“Gas prices? They’ll go down. But sure, tell me more about how you want the government to tell me what to do with my body.” So writes one liberal feminist on Twitter, following it up with: “Republicans suck. I don’t want to talk to you. I don’t want to hear your side. I don’t care. Y’all are bad people.”

If 21st-century politics is shaping up as class war, the American midterm elections have concretised a troubling facet of this political landscape: this class war is also a sex war.

Writing about the dynamic as a feminist is uncomfortable in the extreme because it’s difficult to do so without being accused of misogyny. This is not least because among the very online Right, there really is more than a tinge of misogyny to the term most commonly used to denote progressive-leaning Virtual women: AWFLs.

Whether or not you agree with this hostile evaluation, the AWFL class has been growing in relative power and influence for some decades. This is for wholly non-conspiratorial reasons: very simply, technological advancements have delivered new opportunities for well-qualified knowledge workers of both sexes, even as the same changes have automated and de-industrialised away the physically more arduous work previously performed mostly by working-class men. This virtualisation of work has, overall, benefited women much more than men.

Accordingly, women have seized the opportunity. American colleges have been majority-female since the late Seventies, and today, women outnumber men at undergraduate level in most colleges, with the disparity as large as 60%-40% in some elite institutions. And this has turned out a steadily compounding supermajority of knowledge-class women, which forms an increasingly heavy-hitting part of the rising Virtual elite.

The gradual extension of ever more spheres of work to relatively equal participation is, to a great extent, an effect of the transition away from physical toward knowledge work — but is routinely framed as “progress” in an abstract sense. In suggesting a more material interpretation of this change, I’m not making the opposite argument, that this represents decline. More women in public life is not in itself a bad thing, unless you really are a misogynist. But as female graduates have embraced professional life across knowledge-economy and bureaucratic roles, and their influence has compounded over time, this shift has redrawn the political map in important ways — not least by tilting visible public discourse Left, in ways that only ambivalently reflect the electorate overall. 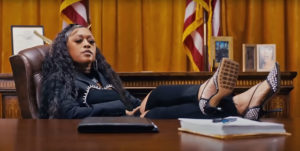 At undergraduate level, women are especially heavily represented among arts and social sciences courses – topics so overwhelmingly progressive that only 9% of undergraduates vote Republican. These overwhelmingly Left-wing female graduates then cluster in the institutions that set and manage social and cultural norms, such as education, media, and HR. In American nonprofits, for example, 75% are female, while HR, the division of corporate life most concerned with managing the moral parameters of everyday working life, is two-thirds female.

And those progressive graduate women who aren’t busy shaping public morals via nonprofits and HR departments are busy doing so for the next generation in schools: 76% of American teachers are women. Inevitably, given that all US states require teachers to hold at least a bachelor’s degree, these are also uniformly drawn from the female demographic most likely to be very liberal.

When Meghan McCain’s husband talked about how the Democrats will soon be dominated by “millennial girlboss energy” types and described the prospect as “crazytown”, progressive firebrand Alexandra Ocasio-Cortez was strictly correct to point out that women make up less than a third of the Senate, and millennials only 7%. But this is to miss the point. The AWFL demographic, relatively underrepresented in the Senate, is overrepresented across media, journalism, nonprofits, HR departments, academia, and school teachers. Their views can expect enthusiastic signal-boosting and institutional support from such bodies. They’re also the demographic most overwhelmingly likely to vote Democrat. No wonder their political priorities increasingly shape Democratic political platforms: their high visibility makes it easy to mistake them for the entirety of the Left.

Even the staunchly liberal New Yorker has worried recently that this constitutes a blind spot, while the far-Left Jacobin described the emphasis of New York’s Kathy Hochul on abortion rather than inflation as “girlboss politics”. Much was made of a WSJ poll last week, that suggested, albeit based on a small sample, that even white suburban women (an affluent demographic that overlaps with the derisive “AWFL” designation) were swinging against the Democrats based on economic concerns.

But results so far suggest that this swing, if it’s come at all, has been muted. And perhaps this makes sense. For the changing nature of work isn’t the only way this political bloc relies on technology for its ascendancy. For this group, it seems intuitively right to push for a world where sex differences are no longer politically important — to the extent of agreeing that a woman is anyone who identifies as such. It should come as no surprise that AWFLs are also the strongest supporters of trans rights: for this class, there are no obvious upsides to disturbing the idealist vision of men and women as interchangeable, or as a menu of body parts to be mixed and matched according to personal taste.

For knowledge-class progressive women, though, a still more central issue where tech and their interests converge is in the core material obstacle to workplace equality: the female reproductive role, including gestation, childbirth and breastfeeding. For the so-called “gender pay gap” is, in truth, a motherhood pay gap. Thus, for a chance to compete in the knowledge workplace on the same terms as men, women’s bodies also need tech support. So such women are structurally dependent on medical interventions to keep their bodies free from the rigours and long-term obligations of pregnancy, childbirth and dependent children. In other words: for AWFLs overall, abortion really is an existential issue. And making the midterms a referendum on that issue appears to have paid off. For suburban women, and indeed the electorate overall, it seems gas prices remain some way downstream of the tech-enabled reproductive “freedom”that knowledge-class Clinton feminists routinely frame as a precondition for personhood as such.

But it remains the case that material sex differences continue to matter a great deal among (for example) manual workers, mothers, athletes and incarcerated women — just as gas prices and other material pressures can often rank higher than abstract questions of “rights” — something that becomes more pressing the further you go down the socioeconomic hierarchy. We can guess at some of the emerging tensions in news that married men and women as well as unmarried men broke Republican – but unmarried women swung the other way by a whopping 37%. These fissures are not going to go away.

For now, the coalition between Clinton feminism, Virtual class interests, and the American electorate seems to be holding up, albeit with some creaking. But for how long? For “progress”, understood as the march of technology, has losers as well as winners. And when “progress” is routinely conflated with “feminism”, you can expect groups who aren’t doing so well under its auspices to take this at face value too – and blame feminists for their suffering. I can see no possible direction for this to take save a backlash that will likely spill far beyond the class at whom it’s really directed. How race politics liberated the elites

A few days, ago, answering the question about women’s rights and gas prices, one young woman said: “Everything in the world has got significantly worse since we gave women the right to vote. So I honestly think we should just lower gas prices.”

Perhaps this is just one voice. But perhaps it isn’t. If, as I fear, we’re just barely into the foothills of a new class war, and with it a burgeoning sex war, we can expect a great deal more of this from those ranged against the progressives.

Plenty of us – including plenty of knowledge-class women – don’t feel much sympathy for the lawn-sign political programme. But save on the fringes, few of us have any great wish to live through a vicious misogynistic backlash either. Feminists in this uncomfortable position urgently need a new language to describe and defend women’s interests outside AWFL feminism. If we don’t find it, I worry that in due course, political polarisation really will make us choose between gas prices and women’s rights.