When did pickup artistry become criminal? Relying on online sex gurus for advice on persuading women into bed used to be seen as a fallback for introverted, physically unprepossessing “beta males”. And for this reason, in the 2000s, the discipline was promoted by the mainstream media as a way of instilling confidence in sexually-frustrated nerds. MTV’s The Pickup Artist shamelessly broadcast its tactics, with dating coaches encouraging young men to prey upon reluctant women, hoping to “neg” and “kino escalate” them into “number closes”. Contestants advanced through women of increasing difficulty (picking-up a stripper was regarded as “the ultimate challenge”) with the most-skilled “winning” the show.

Today, the global face of pickup artistry is Andrew Tate: sculpted former kickboxing champion, self-described “misogynist“, and, now, alleged human trafficker. Whatever results from the current allegations, his fall is a defining moment in the cultural history of the now inseparable worlds of the political manosphere and pickup artistry, and provides an opportunity to reflect upon their entangled history.

Pickup artistry burst onto the scene in the 2000s, propelled by the success of Neil Strauss’s best-selling book The Game. More a page-turning potboiler cataloguing the mostly empty lives of pickup artists (PUAs) than a how-to guide (though Strauss wrote one of those too), the methods in the book had been developed through years of research shared on internet forums. The “seduction underground”, as the large online community of people doing this research was called, then became the subject of widespread media attention. Through pickup artistry, the aggressive, formulaic predation of women was normalised as esteem boosting, and men such as those described in Strauss’s The Game could be viewed in a positive light: they had transformed from zero to hero and taken what was rightfully theirs.

The emergence of PUAs generated a swift backlash. The feminist blogs of the mid-to-late 2000s internet, of which publications like Jezebel still survive as living fossils, rushed to pillory them. The attacks weren’t without justification, but the world of PUAs during this period, much like the similarly wild-and-woolly bodybuilding forums, had no obvious political dimension beyond some sort of generic libertarianism. It was only after these initial critiques that it began to be coded as Right-wing by those on the Left. Duly labelled, PUAs and other associated manosphere figures drifted in that direction. MTV’s dating coaches were not part of the political landscape, merely feckless goofballs and low-level conmen capable of entertaining the masses. But their successors would be overtly political actors.

One such figure, Daryush “Roosh” Valizadeh, rose to fame via his self-titled blog and forum. An Iranian-American microbiologist and self-described “late bloomer”, Roosh discovered the PUA community during his senior year of college and “took to [it] like a fish to water”, later using his writing to share this information with like-minded readers eager to get more women to sleep with them. He also self-published a host of pickup and travel guides about the rough and at times nonconsensual sex he had around the world. In 2012, he founded Return of Kings, a site that published articles with headlines such as “The Intellectual Inferiority of Women” and “When Her No Means Yes”, as well as a 2015 piece (which he characterised as satirical) in which he proposed that rape be legalised in non-public settings. His doctrine of “neomasculinity” holds that “a woman’s value significantly depends on her fertility and beauty”, while “a man’s value significantly depends on his resources, intellect, and character”.

While Roosh had clearly begun to move pickup artistry into a more politicised dimension — probably because he sought common cause against his critics rather than any deeply held political principles — it was his successors who drove it into full embrace with the Online Right. Roosh, in fact, has had a fairly complicated relationship with the supposed “white nationalist” elements of what journalists were all rushing to lump together as the “alt-Right”, at times defending neo-Nazi Richard Spencer and at others characterising white nationalism as “a frustrated mob that wants to control the sexual choices of all men”. He also feuded with Right-wing activists, such as Lauren Southern, for adding little to the Right besides physical attractiveness. And this stance, combined with his own lack of charisma and decidedly non-“alpha” pedigree, has limited him to fringe status. In recent years, Roosh distanced himself from both the alt-Right and PUAs, removing many of his books from print, and banning PUA and casual-sex talk from his website’s forums in 2019 after converting to the Eastern Orthodox Church.

Mike Cernovich, by contrast, made a far smoother transition from being a PUA to a member of the Online Right, even as he also gradually drifted toward “trad” stances on various issues. His career began as a stock libertarian concerned with “false rape” accusations (he was on the receiving end of such an allegation, and advised secretly filming sexual encounters and building up a texting paper trail to ward them off). But from there, he progressed to investigations of “alpha male” masculinity — he once even praised former president Barack Obama’s “Alpha Male status” — via his Danger and Play advice blog. The site had a broad brief, ranging from nutritional supplements to male body image, but it also offered tips for becoming more dominant in the bedroom, including choking a woman during sex. Owing to a “seven-figure” divorce settlement from his first wife, Cernovich was able to devote considerable time to these online ventures.

By this point, the worlds of PUAs and the Online Right had begun to blur; there was simply no way for self-proclaimed PUAs to find fair harbour on the Left or in non-aligned spaces. Cernovich, unlike Roosh, made a fairly rapid and shrewd transition from the alt-Right fringe to something of a “happy warrior” for the far-Right mainstream. Piggybacking on the success of his 2015 book Gorilla Mindset (“a book about embracing your gorilla nature to find dominance and power”), he rushed out MAGA Mindset: Making YOU and America Great Again to capitalise on the 2016 primary success of Donald Trump. From there, he achieved great acclaim fanning the fires of various paedophilic conspiracies and other more conventional Right-wing issues, playing a key role in the early days of Pizzagate and generally using “trolling tactics to build my brand”, as he told The New Yorker. 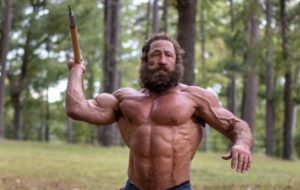 How to get ripped and alienate people

Given his openness about his role as a partisan troll, it comes as little surprise that he took greater umbrage at Joe Biden rubbing his daughter’s hair than he did with allegations that Alabama senate candidate Roy Moore, a Republican, had sexually abused underage girls. In recent years, Cernovich has expressed uneasiness wheavy metal and hip-hop, believing them to “open demonic portals via a spirit of fear”, and has generally become much more “trad” than he was in his Danger and Play days. He almost certainly wouldn’t have described himself as a PUA, but back then he was undeniably PUA-adjacent. Even though Cernovich became much more culturally conservative, he remains the most successful parasocial political figure from the early days of this demimonde.

And if the brand strategy exploited by Cernovich has a clear imitator, it must be Andrew Tate. Tate personifies the fusion between Online Right grift and PUA doctrine. He believes, for example, that women “are given to the man and belong to the man” and should be dated as young as possible to minimise “sperm wars” competition with other men, while also maximising fertility. And like pickup artistry itself, he has become aligned with increasingly extreme figures, with appearances on Alex Jones’ InfoWars and a collegial relationship with the aforementioned Cernovich. 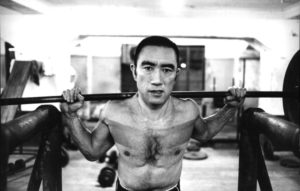 The men who worship Yukio Mishima

He also seems to grasp the essence of being a PUA better than any of his predecessors: the point is not to actually sell skills that turn men into alphas who can go on dates with women; it is to use your own methods to pick up legions of hapless beta-male followers who will pay you in money or clout. Everything else is a means to an end; why else would Tate sell his own book while also condemning the men who waste time reading it? Even the alleged sex-trafficking Tate was arrested for in Romania is, in essence, an advanced PUA ruse: a so-called “loverboy” hustle in which women are lured by promises of romance and free housing, then put to work making low-budget pornographic content. If true, this is a long way from some circa-2005, zero-to-hero PUA operator trying to pop his cherry to feel like a real man.

Was the transition of the PUA and the associated manosphere into its current state — something associated with the Right by opponents — truly inevitable? Counterfactual history is usually of low probative value since one can’t truly investigate events that didn’t occur, but here it seems impossible to even conjure alternatives. The evolving nature of social media communication forced all these discursive communities into mimetic conflicts as a critical part of the platform providers’ business plans, with controversy yielding clicks and cash.

As this us-versus-them situation developed and deepened, the manosphere became increasingly about men selling tips on how to be men to other men, rather than anything to do with the actual improvement of all these wayward selves. The proof of a salesman’s coolness, his “alpha” credentials, came from the visible record of his likes, shares, retweets, and subscriptions. By choosing to follow some guru’s example rather than the dictates of one’s own conscience, a hapless young man becomes yet another PUA statistic. He is baited, hooked, and abandoned, with nothing to show for his love or loyalty besides a notch in the far greater man’s follower count. By that measure, the largest group of losers in the Tate contretemps consists not of the women he has already alienated or allegedly abused — but rather the sizeable contingent of lost men and boys who set store by his advice.