Every year on Love Island, there is bad behaviour, misogyny, shouting matches and tears. But it seems the further we get from #MeToo, the harsher and more manipulative the male contestants have become. Unsurprisingly, there has been a backlash: the show received 3,600 Ofcom complaints in a single week about the male contestants’ “toxic” behaviour. But Love Island is also attracting a bigger audience than it did during both pandemic seasons: viewings figures are at their highest since 2019, with 5 million tuning into the premiere, and have held steady as the weeks have worn on. There is therefore no incentive for ITV to make the show nicer.

It is curious, then, to hear that ITV is planning a spin-off of Love Island for the middle-aged. Contestants in the provisionally titled Your Mum, My Dad will be between the ages of 40 and 60, and will, says one insider, “know their minds” and “be capable of intelligent conversation” — these being “ingredients regular Love Island sometimes lacks”. At first glance, this sounds like the path to a more edifying show about courtship, given the emotional advantages conferred by age and wisdom. The average age of a contestant on this season is just under 24, and most of them have been criticised for being either shallow or boring. Presumably middle-aged contestants will be not only more interesting but less nasty to each other — they’ve gone through enough in life not to lose it if a person they’ve been coupled up with for a day chooses not to “pull” them for a chat.

The Sun has also reported (under the headline “RUMPY PLUMPY”) that the contestants of the middle-aged version of Love Island will have “normal bodies”. In some ways, this makes sense: many have voiced the opinion of 2021 contestant Sharon Gaffka, who recently criticised the show for overlooking “midsize and plus size people”. Many brands have cashed in on the push to diversify in recent years. And yet this season the bodies are tauter and slimmer than in the last few.

That same insider also told The Sun: “Times change and the current generation in their forties and fifties still care about how they look, are fit and healthy, into fashion and are ready to let their hair down.” This offers a telling insight into the logic behind the new show. Just as ITV has no interest in filming emotionally mature young people, it has no interest in filming unattractive middle-aged people. If they do, those people will likely, and bleakly, become laughing stocks. From the vantage of youth, 55-year-olds fumbling in a hot tub, however sweetly, are likely to be merely mocked. Twitter will be flooded with a new wave of memes, only these will focus on being ancient and desperate. Becoming regulars on the MailOnline showbiz sidebar is inevitable — and may be worthwhile for those contestants lucky enough to be labelled Milfs and Dilfs. 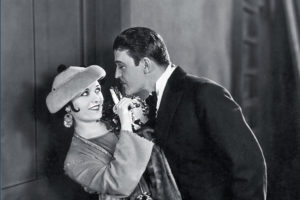 Rather than older people being put on the show to introduce a new and more salutary spectacle of what finding love might look like, it is far more likely that, forced into the framework of 20-somethings, they’ll be baited to behave just as badly. After all, the principal audience of dating shows are the young, and they want to be able to relate — not learn how to do better. In fact, the show will still rest on young people’s ideas of coupledom: in a bizarre twist, the contestants’ children will work behind the scenes to get their parents matched up — in what will no doubt become a proxy game for their own youthful dramas.

The application of the Love Island format to older people smacks of a broader trend of infantilising adult sexuality. Emma Thompson’s most recent film, in which she plays a profoundly sexually anxious 55-something, who decides to hire a young rent boy to teach her the ways of the world, is a classic example. As reality TV, surgically-enhanced bodies and vast wealth become ever-more powerfully interconnected with the world of social media, concepts of beauty, attraction and love have been violently skewed towards a young audience, and public portrayals of the intimate lives of older people are being squeezed down to fit. No one wants to think about mums who fuck; they’re only interested in mums they’d like to fuck. 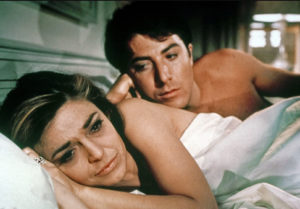 This is a shame, especially for women. Not only are many women in their forties at their sexual peak, the hard-won accrual of comfortable self-knowledge and the ability to ask for what they want, amassed over decades, puts them in pole position for satisfying eros. Older men, whose sexual prowess will in most cases be in inverse proportion to their libidos, are also capable of more empathetic behaviour. Even dating apps — whose dynamics tend to begin from an infantile or at any rate perfunctory baseline (“looking for fun tonight: whose game?”; “No drama”) — have begun to capitalise on the baroque complexities of contemporary adult sexuality: “grown-up app” Feeld, on which 35% of users are part of a couple, is the industry leader for 30-somethings and older capable of articulating a highly specific cache of desires without repelling the target audience.

But Feeld, too, begins from the simple binary of a left or right swipe, entrenching the sense that a person is indeed the sum of their kinky parts, and that, if you just list the right things, you’ll get what you want. After years of digital mediation, sexuality and its subtleties have been overpowered, made to fit the screen. And the consequences of this aren’t just affecting young people anymore: they’re creeping beyond the generations that grew up on the internet. Sticking older people in the Love Island arena is no victory for them, or for love — it’s the opposite.