Jeremy Hunt is a Chancellor with lots of choices, but few options. As he prepares for Thursday’s statement, a Budget in all but name, he is hemmed in by political and economic realities that have been taking shape for a decade.

If Hunt fails to address these, he knows what will happen. The fate of his immediate predecessor still looms large; it’s not even two months since Kwasi Kwarteng made his September statement, a moment that will go down as one of the biggest political calamities in history. The fallout showed clearly that the country’s creditors will not support unbalanced books — and this makes Hunt’s job infinitely trickier.

For all the failings of Truss and Kwarteng’s short reign, their fundamental diagnosis was right: the British economy had been too lethargic for too long. It is an inescapable fact that GDP and real-term wage growth have never recovered their pre-Financial Crisis trajectory. Both as a nation and as individuals, we are much poorer than we could have been, especially compared to some of our European neighbours. Without borrowing, this creates a particular crunch around public spending.

In simple terms, as the economy grows, more money becomes available for public services even if the proportion of tax remains the same. As Liz Truss delighted in putting it, if you increase the size of the pie, the slices get bigger. The problem for Britain is that we have failed to do this, meaning that even to keep services at the same level requires a greater proportion of spending, which must come either from borrowing or taxation.

But with the price of borrowing increasing and the markets averse to unfunded promises, the government is unwilling to commit to more debt-led spending. Hunt, then, faces a stark choice: between protecting services by raising taxes and protecting households by cutting spending. Hunt is likely to chart a course through the middle of both, with a sober budget that both increases personal taxation and reduces public spending. Neither of these is likely to be popular.

It is unclear where any new austerity will come from. “Efficiency savings” have largely failed to materialise and an air of dereliction now hangs about the public realm: NHS appointments are oversubscribed, the police overstretched, and councils cutting back, while staff are demoralised and likely to turn militant if faced with further pay attrition. This has an economic effect but is also a political problem for the Chancellor.

The Tories will never be united

Austerity was never a popular platform beyond a few evangelists for the small state. It worked to win elections when contrasted with perceived Labour profligacy and an immediate emergency (the 2008 crash), and was focused on those who would rarely vote Tory anyway. Households in the shires can stomach slashing Universal Credit and foreign aid, but do not like it when things they value are cut. A Conservative Chancellor could slice away benefits but would face electoral wrath if they force councils to abandon weekly bin collections. The biggest test of this is, of course, the triple-lock pensions increase, where the beneficiaries are most likely to vote Tory.

The temptation for a Chancellor is therefore to cut the things people cannot really see — long-term expenditure. Proposed infrastructure spending is easier to reduce or cancel because the public do not feel its impact for a decade or so, but this is a false economy. The Russian invasion of Ukraine highlighted the folly of failing to build nuclear power or maintain gas storage, while many British cities find their growth stymied by a lack of transport investment. Underinvesting now will only preserve those problems.

In the Eighties, Harold Macmillan lamented that Thatcher’s government saw no difference between income and capital when it came to money coming in, viewing receipts from privatisation as much the same as taxation income. He saw the government as like an old aristocratic family, selling the family assets and living on the receipts day-to-day. Now the party must avoid making the same mistake with expenditure and discriminate between the things which will fuel growth, and which will not — as “Supermac” might put it, you cannot keep buying champagne while cancelling the restoration of the Caravaggio that brings the day-trippers in.

Part of the strength of the Sunak campaign to replace Truss was that he was at home in the world of finance — that he could speak the language and understand the fears of those who lend Britain money. His years in the City should have taught him something else: the difference between streamlining and hamstringing. Cutting spending and restructuring borrowing only adds value if growth is unimpeded. 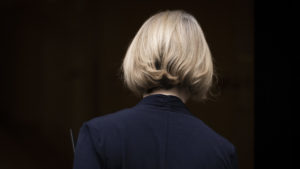 And yet, chastened by the mini-budget, Hunt seems poised to revert to the austerity of the first half of the decade. The issue he faces is that without something to stimulate further growth, he is just making a rod for his own, and the country’s back. Like any Tory, he will also find it difficult to navigate around the economic costs of Brexit. At the same time, borrowing more to spend cedes political ground to Labour, who can then outbid the Tories and trap them in their own hypocrisy.

There is, however, one aspect in which the Chancellor can be liberated this Thursday. If he’s smart, he will understand the party has already lost the next election. The drop in polling established by a year of Johnson and accelerated by the Truss debacle offers little chance of resurrection. There should be fewer giveaways for favourite groups, more governing in the national interest. Where normally budgets are padded with electoral quid pro quos, such as nudging up tax allowances or funding for towns in marginal seats, the Tories are on to such a loser this can probably be avoided.

When Hunt comes to the despatch box on Thursday, he will be constricted by the realities of a complex economic crisis and the political decisions that brought us there. Though leaks from Downing Street suggest all manner of changes are on the table, the path to success is narrow. His decisions are fettered, and there’s no shouting “I’m a Chancellor get me out of here”. The question is whether he finds the catalyst for growth, or simply tightens the vice.