Britain hates its MPs and loves a moral crusade; outrage at their behaviour is a feature of political life. Yet while the hue and cry is often well-directed, popular ire tends to obscure the reality: that few of our politicians are truly bent — far more of them are just bad.

This distortion dates back to 2009 and the expenses scandal, when the perception of the political class shifted overnight. No longer were MPs insincere spinners who occasionally slipped into outright dishonesty, but a parasitic body only out for themselves. The presumption became that they were venal until proved otherwise. But the scandal itself swiftly became a melange of accusations which obscured the reality of the situation.

Lines were blurred between those who made generous claims within both the spirit and letter of the law, those who ruthlessly exploited every loophole, and those who committed wholescale fraud. MPs such as Denis MacShane, jailed for falsifying documents, were spoken of in the same breath as those who had put in entirely lawful applications for fripperies that fell within the rules. It’s unclear whether the most infamous claim of the period, Sir Peter Viggers’s duck house, was even ever paid out.

In the wake of the scandal, MPs’ expenses became the go-to for cheap, anti-political point scoring. Social media accounts regularly pop up criticising MPs for their claims without digging into the detail. Large headline figures are quoted, without recognising this usually includes the MP’s parliamentary staff and constituency offices. Compared with the previous system, parliamentarians find it very hard to pack their pay cheque from official coffers.

At the same time, a second front has opened up against MPs — around second jobs, donations and lobbying. This was renewed this week with the Westminster Accounts, a visually spectacular representation of the funding MPs have received, both for their work for outside interests and as donations to their campaigns and offices. There were headline-catching figures and a strong implication that either MPs were lining their pockets when they should have been tending to the public, or were selling their influence to the highest bidder — or both.

Behind the figures, however, the reality of the scandal seems pretty banal. First, the scale of the money involved was pretty small. The reports confirmed that around £180 million had been paid to MPs and their campaigns in the lifecycle of this parliament. If this is democracy for sale, it is going pretty cheaply. In the US midterms, political funding hit $16.7 billion for federal races alone, with about half of that again spent on local races. Indeed, buying our entire legislature seems to be cheaper than assembling a Premier League-winning side.

This absence of money points to another factor of the so-called scandal — that it is hard to spot where the bought influence has returned very much. Even where the lobbying rules have been broken, the impact seems unclear. Andrew Bridgen, who lost the Tory whip yesterday after comparing the Covid vaccine to the Holocaust, was also suspended from the House this week for breaches around lobbying regulations after he wrote to ministers on behalf of a local company which gave him donations of cash. While our MPs should be purer than the driven snow on these matters, there appears no suggestion that his letters actually obtained any benefit for the company. 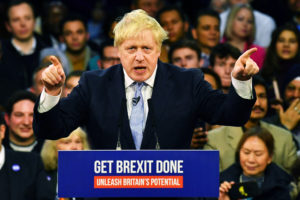 The same is true of the Owen Paterson scandal. In 2021, the MP was first suspended then resigned his seat after breaching rules around donations from Randox, the healthcare company, and Lynn’s Country Foods. Like Bridgen, his “egregious case of paid advocacy” involved writing to ministers. Again, it remains unclear if the companies concerned achieved anything from his actions.

It is, of course, wrong for parliamentarians to sell their influence and access, and even the suggestion of impropriety should be dealt with appropriately. Yet both these incidents seem to suggest that, rather than a corruption-ridden system, we have one where even paid influence has little impact and the infractions come to light quickly. One might speculate that if our system were corrupt, there would be a bit more money in it.

The reality seems that MPs are far more swayed by political arguments than financial incentives. Our parliamentarians sign up to plenty of bad laws or myopic campaigns because they look politically appealing. Often, they take the side where the money isn’t but the votes are. If they were truly on the make, we probably wouldn’t have a housing crisis — but in most cases, a thousand Nimby votes speak louder than the cash the property industry could lavish on them.

Indeed, the real graft seems to be away from Westminster. In 2021, a government inspection of Liverpool City Council found evidence of repeated incompetence and corruption. Last year, in Nottingham, six councillors were arrested for fraud and remain under investigation. In Newham, staff members have been implicated in a £9m fraud involving social and housing and road repairs, while Tower Hamlets has become a byword for electoral malpractice.

While parliament should always be under scrutiny, it is arguable that the suspicion levelled at our MPs exacerbates a wider problem — many of them just aren’t that good. The expenses scandal ushered in a new era of hostility towards parliamentarians, which was turbocharged by the rise of social media. Few sensible people would submit themselves to such hostility.

At the same time, the party selection procedures seem to struggle to find and prioritise effective parliamentarians. Snap elections have seen candidates rushed through who turned out to be successful but wholly unsuitable — Imran Ahmad Khan for the Tories, for example, subsequently convicted of historic sex offences, or the former Labour (now independent) MP Claudia Webbe, who was convicted of harassment. Beyond that, there has been a drift towards more local candidates and more ideologically pure ones — narrowing the pool yet more without really filtering for quality. 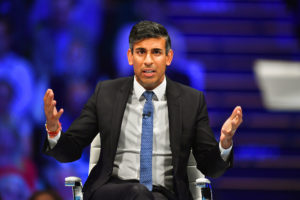 Even within these constraints, the selection processes tend to favour the sharp-elbowed self-aggrandising. The result is a legislature that seems replete with odd characters of dubious skills. Andrew Bridgen has been punished for lobbying offences and his strange embrace of Covid vaccination conspiracies, but he was also found by a judge to have lied in court proceedings during a family dispute. He is not simply lining his pockets, but chaotic in a multitude of directions.

The trouble is, he’s not the only one. There’s a cloud of madness over Westminster which finds its outlet in a variety of ways. Some shill for cranks and vile regimes (whether for money or for free), while others are involved in sexual impropriety (some public, much not but widely whispered about) or are prone to Twitter spats with the public.

There is no argument that our MPs shouldn’t be subject to scrutiny, but the obsession with their financial dealings obscures a bigger picture. Very few are openly venal. Most would earn a better living outside of politics than inside it, and MPs often seem just as swayed by charities and local campaigns than by rapacious corporate interests. Equally, no one really seems to have identified much of a difference in performance between those MPs with second jobs (or even ministers) and those who dedicate themselves full-time to constituents.

But in the rush to pillory MPs for lining their pockets, it feels we might be missing something else. Our system is not riven with corruption, but with inadequates. While many MPs are dedicated and insightful, our parliament is packed with also-rans, has-beens and never-will-bes. It leads to poor debate, poor law-making, and, ultimately, poor government. It’s hard to convey in fancy charts, but we should be perhaps more concerned about the ability of our politicians than some of their outside interests.