“Can you think of a novel that ever was written about the strictly contemporary scene?” George Orwell asked his friend Tosco Fyvel in April 1949. “It is very unlikely that any novel, i.e. worth reading, would ever be set back less than three years at least. If you tried, in 1949, to write a novel about 1949 it would simply be ‘reportage’ and probably would seem out of date and silly before you could get it into print.” One reason, he said, was that “one can’t see the events of the moment in perspective”.

The writer-director Michael Winterbottom begs to differ. Sky Atlantic announced his six-part drama about the UK’s response to the Covid-19 pandemic in June 2020, towards the end of the period it covers. Winterbottom’s original title was This Sceptred Isle but Sky, fearing that the allusion was too niche, requested a more broadly legible phrase from John of Gaunt’s speech in Richard II: This England. It began filming in February 2021, when the first picture of Kenneth Branagh, buried in prosthetics as Boris Johnson, was released. At the last minute it was delayed for a week due to the death of the Queen but it’s still a good six months away from Orwell’s three-year red line.

“Here’s a chance to engage with something which has that certain uniqueness — but engage with it now, as soon as possible after it happened, as opposed to trying to recreate a war story from 70 years ago,” Winterbottom said in a defensive interview with the New Statesman. He co-wrote the series with Kieron Quirke but had to delegate directing duties to Julian Jarrold for health reasons. He added: “It’s very neutral. Almost a diary. A record of something we all lived through.” Perhaps he was trying to pre-empt early-bird hatchet jobs like the one in the Mail on Sunday, which called it “yet another sneerfest by the TV-land Lefties” and accusingly introduced Winterbottom as “a staunch supporter of the Labour Party and close friend of actor Steve Coogan”. Oh no, not a friend of Steve Coogan! Nadine Dorries, still Johnson’s most loyal attack dog though no longer responsible for the culture brief, slammed “a self-regarding, metropolitan, theatrical class whose favourite sport is trying to take pot-shots at the Johnsons”. The Mail claimed credit for the addition of a disclaimer, “This is a fiction based on real events,” but Sky told me that this is “standard practice”.

Looking at Winterbottom’s freewheeling filmography, it’s easy to spring to conclusions about which lane he would choose for this story. Perhaps it would be what you might call Coogan Mode: antic, postmodern portraits of charismatic narcissists from Factory Records founder Tony Wilson in 2002’s brilliant 24 Hour Party People to a fashion mogul rather like Philip Green in 2019’s misfiring Greed. Or maybe the sober, polemical style of documentaries such as The Shock Doctrine and Eleven Days in May. But This England, which tracks the six months from the 2019 election to Dominic Cummings’ rose garden press conference and the end of the first wave, is neither of those. Barring an incomprehensibly ill-advised recurring dream sequence, it is cautious in a way that Winterbottom rarely is, fully conscious of its responsibilities to history. In aspiring to neutrality, however, it winds up proving that neutrality is impossible.

We have to start with Branagh, who read every word and watched every second of Johnsonia he could lay his hands on, and pays Johnson the compliment of taking him seriously. I’m no fan of prosthetics but he captures the burly, bearish demeanour, the blustery charm, the cosplay gravitas, the constant air of improvising his way out of a tight spot. He compulsively rifles through a mental wardrobe of ready-made quips, comfy quotations from Shakespeare and the Classics, and self-flattering allusions to Churchill. Criticised for boasting about shaking people’s hands in the early days of the pandemic, he protests that not to do so “would be like Churchill hiding in the bunker”. But whereas one national crisis transformed Churchill from an erratic, divisive politician into a great leader, this one exposed Johnson’s fundamental shallowness and reluctance to make big decisions. His failure is framed as having less to do with specific choices than with the question of character. He was a people-pleasing booster thrust into a once-in-a-century cataclysm that he couldn’t bluff his way through.

Yet Branagh’s Johnson is unexpectedly sympathetic, unless you’re Nadine Dorries. He has some witty lines. “Not dead,” he says when he’s in bed with Covid. “Or if I am, nobody’s briefed me.” His hospitalisation, easily forgotten now, is genuinely traumatic. His relationship with Ophelia Lovibond’s Carrie Symonds is warm and playful. While each episode is frontloaded with evidence of his arrogance, infidelities and glib provocations, he does at least emerge as a palpable human being. 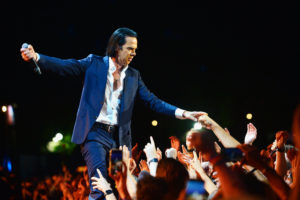 The other tentpole character is Dominic Cummings, played by Simon Paisley Day as a far more gaunt and sinister character than Benedict Cumberbatch’s flamboyant disruptor in Channel 4’s Brexit: The Uncivil War. (Confusingly, Paisley Day was Douglas Carswell in that earlier drama.) Cummings, in this telling, wanted to exploit the systemic failures of Covid policy to strengthen his case for a root-and-branch reform of Whitehall in his own image, pitting his fantasy team of hypercompetent mavericks against a caricature of the sclerotic establishment. “He wants everyone to be crap except him,” complains Matt Hancock. Of course, that would-be revolution stalled after Cummings’ road trip to Durham and died with his firing six months later but it was always less a coherent plan than the projection of a gigantic ego.

This England illuminates when it shows the tension between health strategy and political optics. We see Hancock’s obsession with hitting the testing target by the end of April driven primarily by concern for his own reputation. Shri Patel’s Rishi Sunak is a glib, headline-hungry lightweight and director of communications Lee Cain (played by Derek Barr) a petulant bully who stomps around yelling, “We need something to announce!” Focus groups appear to have been almost as important as SAGE. Government announcements, taken from real news footage, are met with a Greek chorus of unimpressed doctors, scientists and journalists. Winterbottom shows his hand in these scenes but who would now defend the handling of PPE procurement, or the decision to return elderly patients from hospitals to care homes without testing them? Compared with Jonathan Calvert and George Arbuthnott’s damning book Failures of State, This England might even be accused of being too generous. Matt Hancock, for one, should be pretty chuffed on balance, and not just because he’s played by the earnestly handsome Andrew Buchan.

The directors recreate the sense of how bewilderingly fast everything happened, especially in March, when the facts and calculations changed from day to day. Beyond the Johnsons and Cummings, most scenes are kept short, like shards in a collage of British life under Covid. The irony can be heavy-handed but no less true for that. Cutting from Johnson’s promise that “2020 will be a year of prosperity, growth and hope” to a tray of bats in Wuhan market? Well, that was the case. Juxtaposing the match between Liverpool and Atletico Madrid on 11 March with a dying man? A report by MPs concluded that 37 people died as a result of that match, and 41 because of the Cheltenham festival on the same day. Cummings in Durham grimly watching Hancock on television reiterate the order to stay at home? The dates align. I remember all of that and you probably do, too, although there are some things we didn’t know at the time, like the rapidity with which the vaccine was designed in February 2020.

The Sandman is coming for you

For most of us, the first phase of the pandemic was an unprecedented blend of anxiety and boredom. The lucky ones can look back on it as a strange hiatus, enlivened by Joe Wicks, Tiger King and sourdough loaves, so there is value in forcing viewers to focus on the unlucky. The director’s cut briskly from the corridors of power (and the corridors of Zoom) to ICU wards, care homes and houses across the country, where NHS staff faced an overwhelming tide and tens of thousands people died who might have lived if things had been done differently. The regular sound of coughs and the beeping of monitors provides the drama with a kind of sickly drumbeat. With this panorama of pain and grief, This England does similarly vital work to the Covid memorial wall, commemorating those who paid the price for bad short-term decisions and inadequate long-term planning at a time when the country is keen to move on. Whether the bereaved will feel that their anger has been represented on screen as well as their loss, I’m not so sure.

I think that This England has a strong answer to the question of whether it is too soon for a drama like this. It passes Orwell’s test of seeing the events of the moment in perspective. In fact, I was shocked by how much I had forgotten, or was unable to piece together sequentially. Exhaustively researched through documents and interviews, the series is a gift to posterity. The effort to tell it true and tell it whole is undeniable, yet I still got the impression of conscientious people working extremely hard to do what could not be done: withhold judgement.

American Gigolo is no longer sexy

“I personally have no point of view of whether things were done correctly, or incorrectly,” Winterbottom says in the press pack, but I can’t see how that could possibly be true, not least because he and Quirke have Johnson tell Cummings in the final episode: “I think we failed… We fucked up, Dom.” There is no such thing as neutral history, unless it is an unfiltered mountain of data. As soon as you begin to tell a story you have to make choices about what to include and how to frame it. There need not be partisan bias but there must always be judgement. While a historian can assemble evidence for competing accounts of an event, a dramatist must pick one version to show you and say, yes, this is how it was. In an effort to pretend that such decisions have not been made, the writers mute their impact.

If you tune in hoping for the clear assignment of blame, then you will be disappointed, whatever your priors may be, but perhaps that task should be left to the official inquiry. This England does what a drama can do, which is to convey how it felt across the country to live through that unreal period when the world seemed at once to stop and to unravel. Muttering Shakespeare to himself in the dark, Johnson sees himself as a tragic hero, but the tragedy was ours.